France was officially appointed host country for the 21st climate conference (2015 Paris Climate Conference – COP21) during the 19th session of the Conference of the Parties to the United Nations Framework Convention on Climate Change in Warsaw (COP19).

COP21, also known as the 2015 Paris Climate Conference, will be one of the largest international conferences ever held in France. In this context, France is facing a two-fold challenge:

- as the host country, it will be responsible for hosting thousands of delegates and observers under the aegis of the United Nations, for two weeks, in the best possible conditions;

- as the country taking over the COP Presidency, it will need to act as a facilitator among all parties to the negotiations, in order to create an atmosphere of confidence, bring viewpoints together and ensure that an agreement is adopted unanimously. Dans ce cadre, la France se trouve face à un double défi : 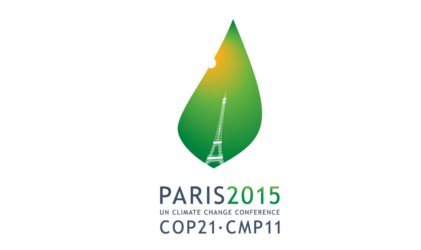 A Conference of the Parties with higher stakes than ever before

This Conference is crucial because it must result in an international climate agreement enabling us to limit global warming to below 2°C.

It will be necessary to reach a certain number of decisions in December 2015, building on the work carried out at COP20 in Lima.

Firstly, an ambitious, binding agreement on climate change that applies to all countries. Secondly, intended national determined contributions (iNDC) representing the investment that each country feels able to make. Climate finance will also be a crucial component; in this regard, a milestone has been reached with the initial capitalization of the Green Climate Fund, amounting to $9.3 billion, including nearly $1 billion from France. Lastly, local and regional initiatives developed by local governments, civil society organizations and businesses will boost mobilization and supplement the contributions made by states.

"Our Climate Imperatives" - Column by Laurent Fabius published in the New York Times (April 24, 2015) PARIS — Toward the end of this year, France will host the 21st United Nations climate conference. The aim? To reach a universal agreement that will limit the rise in average global temperatures to 2 degrees Celsius, compared to the pre-industrial period, by the end of the century. There is real hope for success, but it is an enormous task.

As the president of the conference, known as COP21, my role will be to facilitate an ambitious compromise between 195 states (196 parties when we include the European Union). In the negotiations, the differences among countries that are at distinct stages of development necessitate differences of approach. Yet strong common interests unite us. One example is the impact of climate change on our shared security.

The climate has always posed threats to security. Climate disruption upsets the full range of economic and social equilibrium — and it therefore threatens countries’ internal security.

In France, for example, historians have shown that disastrous weather in 1788 caused the food crisis that contributed to the outbreak of the French Revolution. More recently, in 2005, Hurricane Katrina wreaked havoc that led to disturbances in civil order and the deployment of the army on American soil.

Beyond borders, climate change can stoke international conflict over the control of vital and increasingly scarce resources — particularly water. Examples of this include the tensions among Egypt, Sudan and Ethiopia over the Nile and its tributaries, between Israel and its neighbors over the Jordan River basin, and among Turkey, Syria and Iraq over the Euphrates... (Read full column)

Vanuatu/French mobilization - Statement by M. Laurent Fabius, Minister of Foreign Affairs and International Development " This disaster occurred as the United Nations World Conference on Disaster Risk Reduction was taking place in Sendai. We know that 70% of so-called natural disasters are linked to climate disruption. Cyclone Pam is a new warning for the international community to shoulder its responsibilities " (March 2015)

Public events presented by the Consulate general of France in Chicago

Dr. Laurent Terray, a Senior scientist at the European Center for Research and Advanced Training in Scientific Computing, will present the scientific aspects of climate change and highlight their importance in the on-going debate with climate change deniers. Dr. Terray is the director of the Sciences of the Universe research laboratory. He has been active in the field of climate research for more than 20 years and has worked extensively on climate variability and climate change. He is an expert on the detection and attribution of anthropogenic climate change and related impacts at global to regional scales.

Presented by: The Office for Science and Technology in Chicago - This event is part of French Innovation Week @ Chicago.More information on France-Science.org