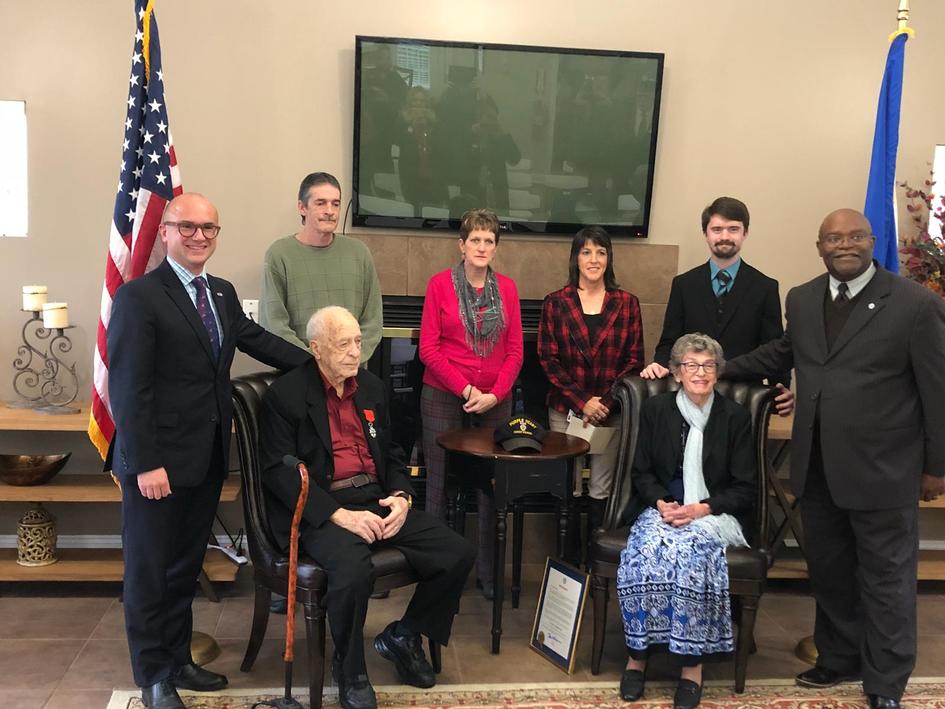 Private First Class Dinkins was inducted into the U.S Army in March 1944. He was 18 years old.

He was assigned to the “B” company, 255th regiment of the 63rd Infantry Division, known as the "Blood and Fire" Division. After a few months of training, his regiment set sails to France on November 25th.

During the war, Mr. Dinkins fought in three major campaigns: the Ardennes, the Rhineland and Central Europe, where he served as a rifleman.

He landed in Marseilles on December 8th and was soon deployed on the Alsace-Lorraine-Ardennes front. He was initially based in the vicinity of Haguenau (Bas-Rhin). The winter of 44-45 was one of the harshest, Mr. Dinkins fought in extreme conditions in particular in the Vosges forest and on the Rhine front.

On February 16, as his division was advancing towards the Saar River, he was wounded near Bliesbruck (Moselle). He rejoined his division in March in Germany, but he was injured again, this time more seriously, by the explosion of a grenade. He returned to duty in May in Germany.

He was honorably discharged from the Army in January 1946. After the war, Mr. Dinkins joined the U.S Navy until he retired in 1975. With the Navy, he participated in the Korean War and the Vietnam War. 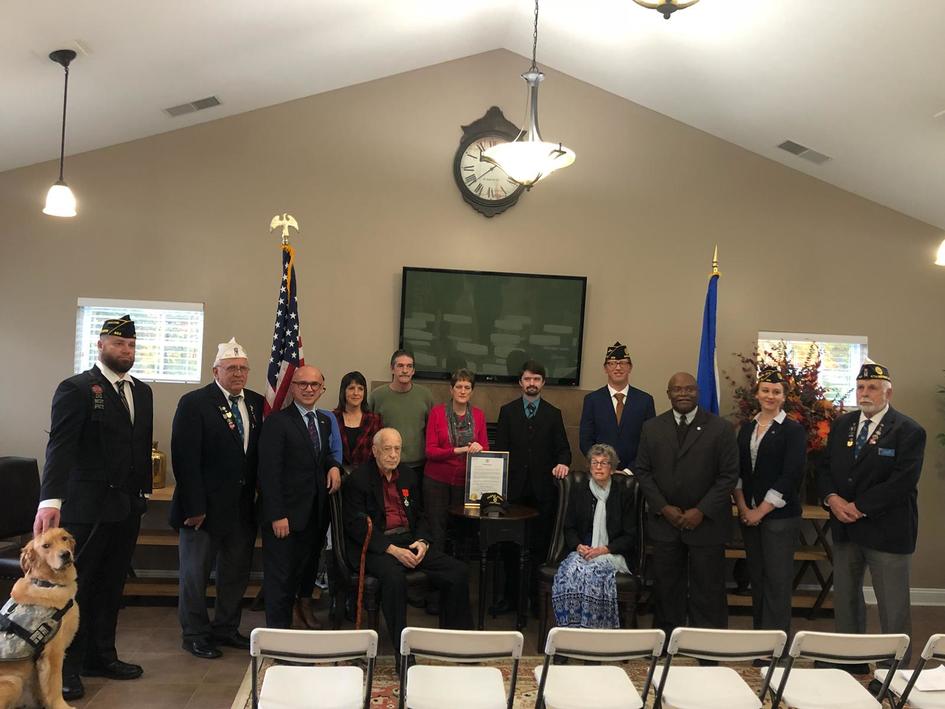 "Mr. Dinkins, your memoir is filled with memories of foxholes, evading machine gunfire and stacking dead Nazi soldiers along the roadside. But you also remember thankful French families who passed out apples and let the soldiers sleep in their barns" said Consul General Lacroix. 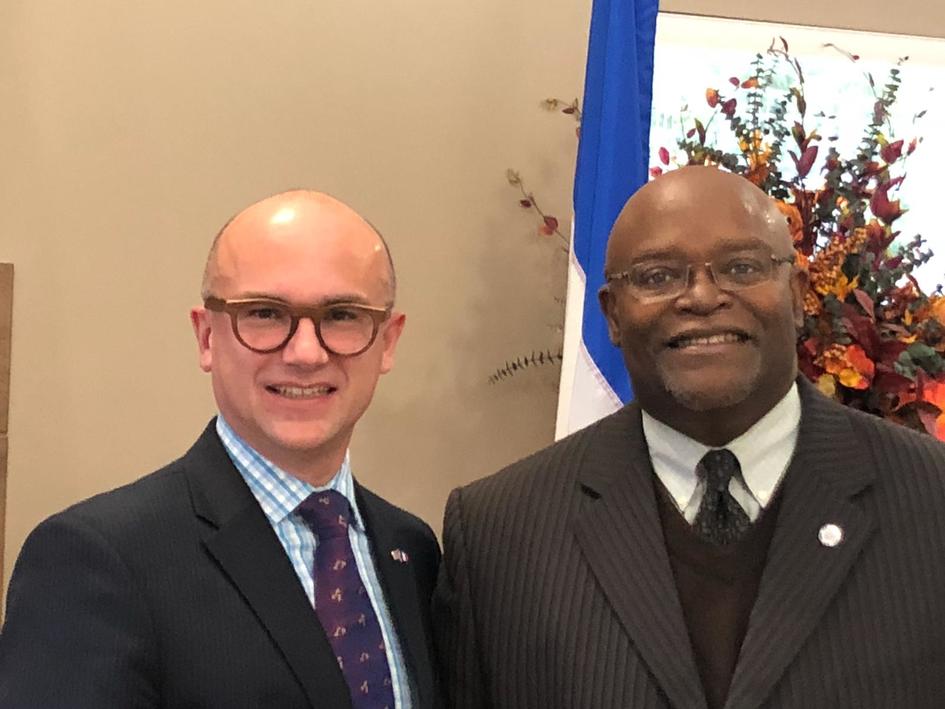 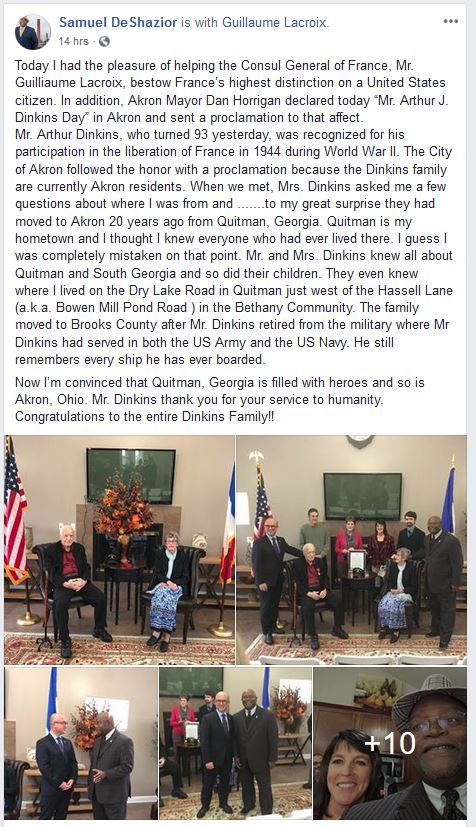 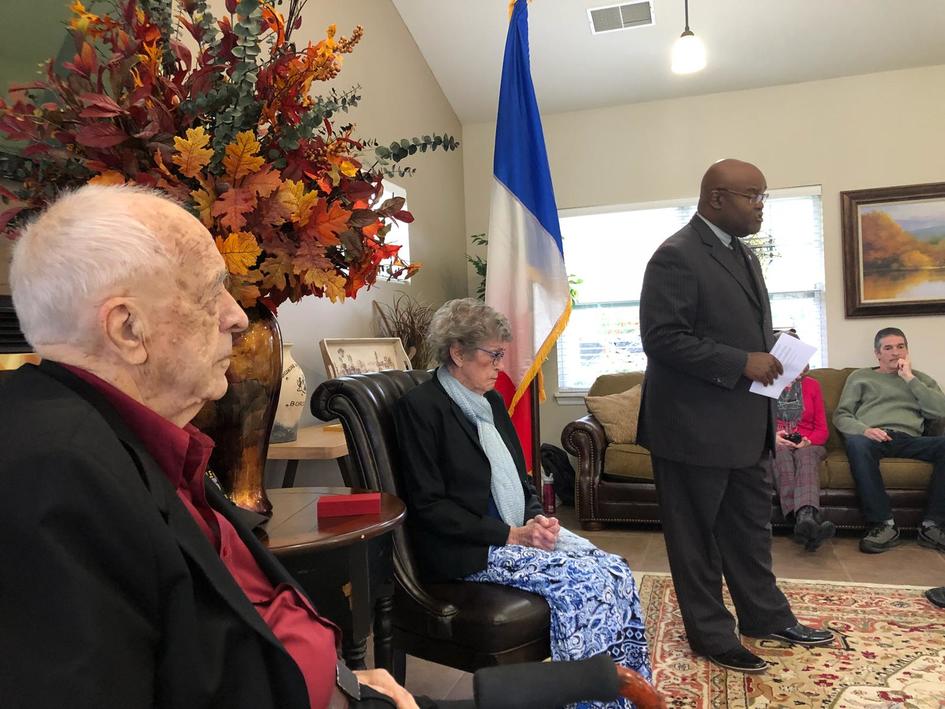 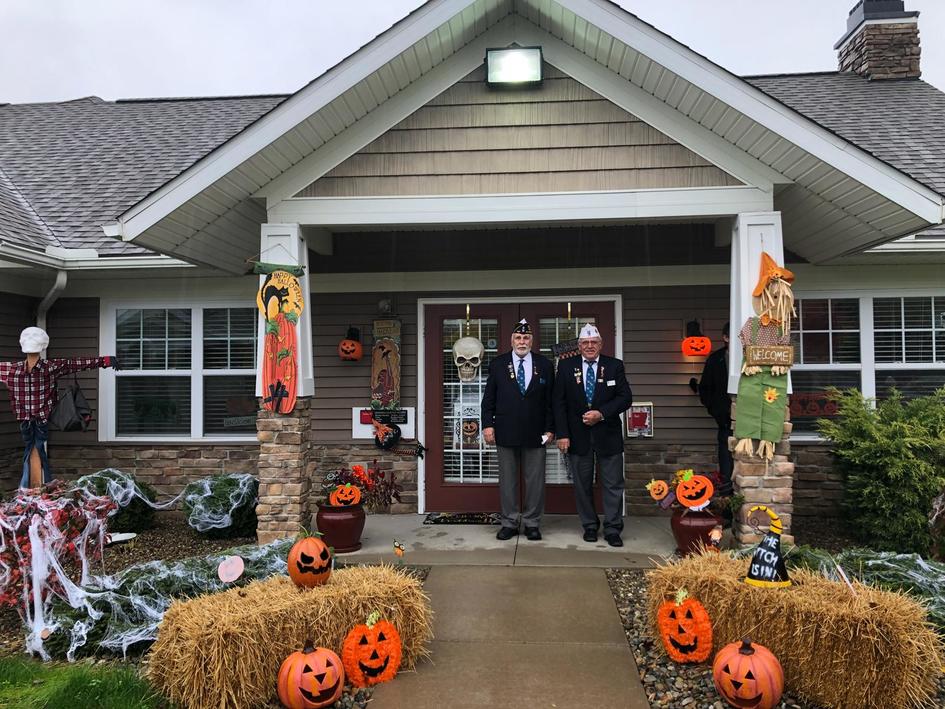