Chicago (IL). Remarks by Consul general of France Vincent Floreani on the occasion of the presentation of the French Legion of Honor medal to Chef Jacquy Pfeiffer, co-founder of the French Pastry School of Chicago Chicago, June 26th, 2017 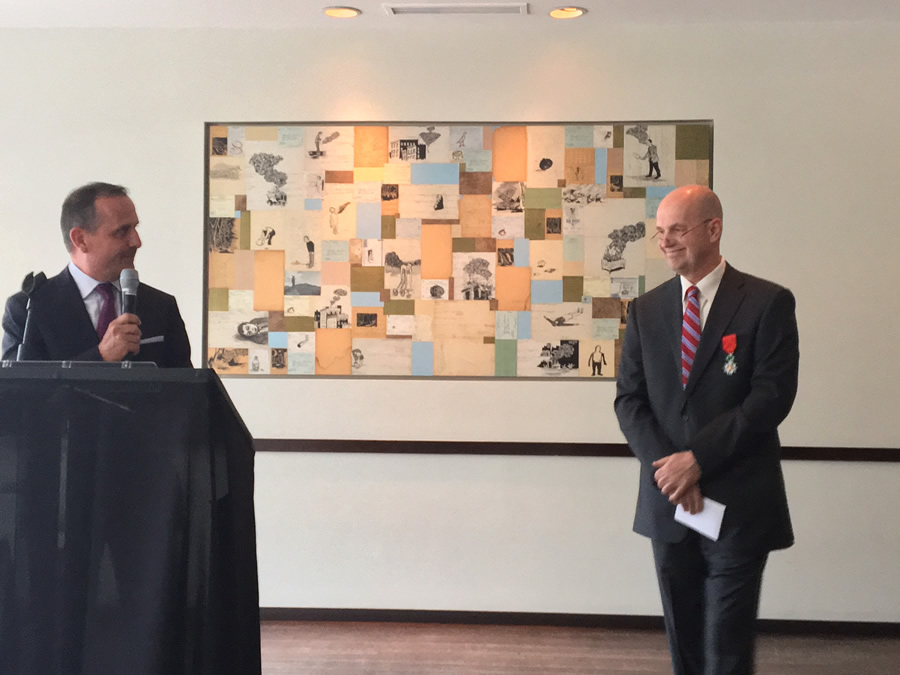 As you have just been awarded the French Legion of Honor, France’s highest distinction, I could not express enough how proud I am, how proud we all are.

We are proud, first of all, of your commitment and contribution to building bridges between France and Chicago.

You are training and transmitting to Americans of all origins your exceptional knowledge of the French techniques of Pastry making and baking. Actually, your influence goes far beyond Chicago. In fact, your students come from all over the U.S and the world.

I know that you have many other projects in store to further expand the influence of France in Chicago.

I would like to thank the Mayor, the Deputy Mayor, the Chancellor, and all of those who understand and value what you are contributing to the City of Chicago.

You are involved in nearly all the events that we are organizing in order to further strengthen the links between France and Chicago: such as the French Food Festival “à la carte” coming up in October or for the French Innovation Week in Spring.

We are also proud because you are promoting a wonderful image of France:

The image of a strong work ethic, continuously aiming at reaching for the top, at attaining the level of excellence.

In your teaching you are also using French methods, applying a model of a rigorous, high standard apprenticeship crafted by centuries of traditions and adapted to today’s needs.

Your success is undeniable. With a constant graduation rate above 90% and a placement rate above 70%, the French Pastry School ranks I’m convinced amongt the top City Colleges in the country.

There is of course the joy of your students, which I have witnessed on several occasions at graduation ceremonies. They are proud to have acquired outstanding skills that are opening doors to a brilliant future.

Finally we are proud, because you embody the best example of successful assimilation. You have deployed all the necessary efforts to understand in depth American culture.

This translates into the various programs you are developing aimed at providing help to those who need it the most.

You have created a remarkable charity called "For The Love of Chocolate". It is a true American tradition. In 12 years, you have raised nearly 1 million dollars to offer scholarships to under resourced students.

You also help refugees, among your many actions. The Chicago Tribune recently told the story of a young Syrian refugee who has learned your craft at the French Pastry School and the art of Baking at la Fournette, another great French address in Chicago.

Just a couple of weeks ago, you were there for the kickoff of mayor Emanuel’s program “One Chicago” at the DuSable Museum and offered an enormous cake for the occasion.

Your outreach in Chicago even touches the local icons, The Cubs for instance. It is your school that has prepared the amazing Victory Cake.

Thank you Chef Jacquy Pfeiffer. With Chef Sébastien Canonne, co-founder of the French Pastry School, you have accomplished so much. Thanks to both of you. 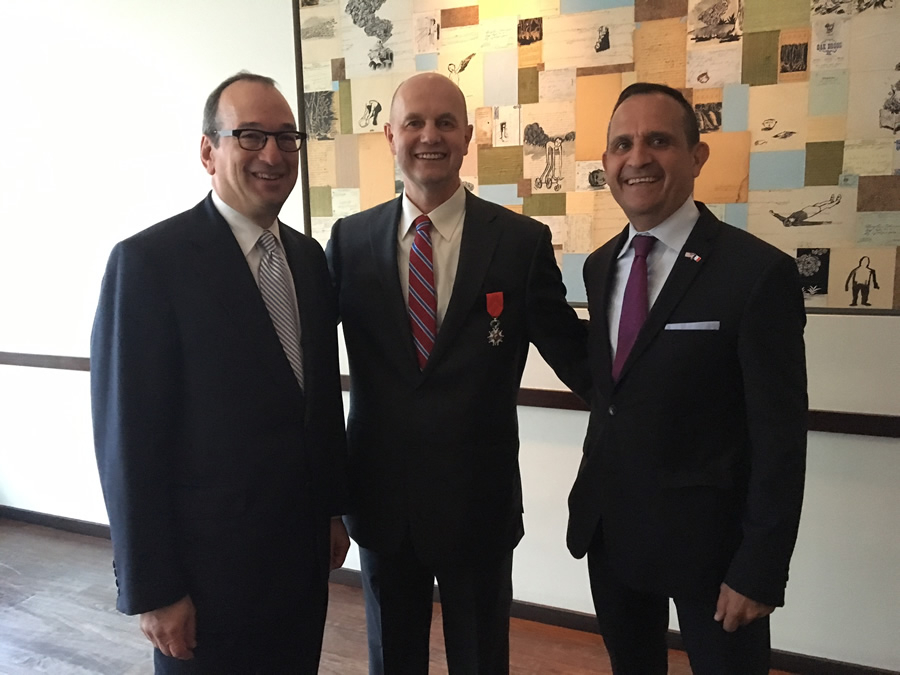