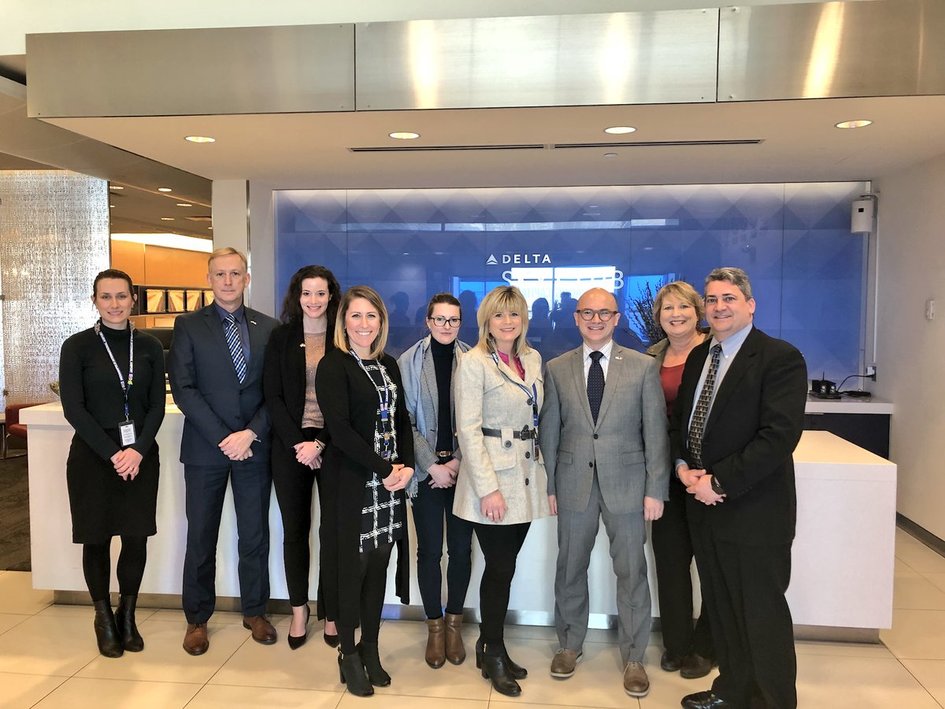 Consul General Lacroix, and Business France Chicago representatives Nadeschda Musshafen, Vice President of the Investment Division, and Caitlin Champion, Director of Business Development, made a two-day visit to Central Indiana to boost economic partnerships between France and the Hoosier State. They were accompanied by Martin Baier, Honorary Consul of France, and President and CEO of the International Center of Indianapolis.

Visits included a meeting with both teams of Delta Airlines and the Indianapolis Airport Authority at the beautifully designed Indianapolis Airport (IND). The airport, which opened its doors in 2008, was the world’s first complete airport campus to earn LEED certification and one of the largest LEED-certified projects in the US. In 2016, it welcomed a record 8.5 million passengers.

On May 24, Delta Airlines will launch a nonstop year-round service to Paris-Charles de Gaulle Airport (CDG), the largest international airport in France. It will be the first ever non-stop transatlantic passenger flight out of Indianapolis. "We are working together to make the non-stop flight to Paris a success and an opportunity to expand exchanges" said Consul General Lacroix.

The Inaugural flight is scheduled only a few days before the 102nd Indianapolis 500 also known as Indy 500 to take place Sunday, May 27 at the iconic Indianapolis Motor Speedway.

During its business trip to The Hoosier State, the group also met with representatives of DowDuPont in Indianapolis, a global leaders in agriculture, materials science and specialty products, and visited the state-of-the-art headquarters of Cummins Inc. in Columbus.

Cummins Inc. designs, manufactures, sells and services diesel and alternative fuel engines, diesel and alternative-fueled electrical generator, as well as related components and technology. Cummins is present in more than 190 countries and territories including France. Cummins Filtration Plant in Quimper opened its doors in 1981 and currently employs more than 300 people in its facility and R&D department.

Finally, the delegation from Chicago made a stop to Carmel in Hamilton County, and met with Mayor Jim Brainard and the local City Council. Located immediately north of Indianapolis, Carmel has been one of the fastest-growing communities in the country from 25,000 in 1996 to almost 90,000 today. Carmel has been honored with many awards for its high quality of life and environmental initiatives including, Best Places to Live in America by Money magazine #3 in 2014 and #1 in 2012 for cities with a population of 50,000 – 300,000. "We need more connections with France that Martin Baier, our Honorary Consul in Indiana, and I will promote." said Consul General Lacroix at the City Of Carmel City Council meeting.

Since October 20th, 2017, Carmel is the new home of the Alliance Française d’Indianapolis’ headquarters thanks in part to a partnership with the City of Carmel. 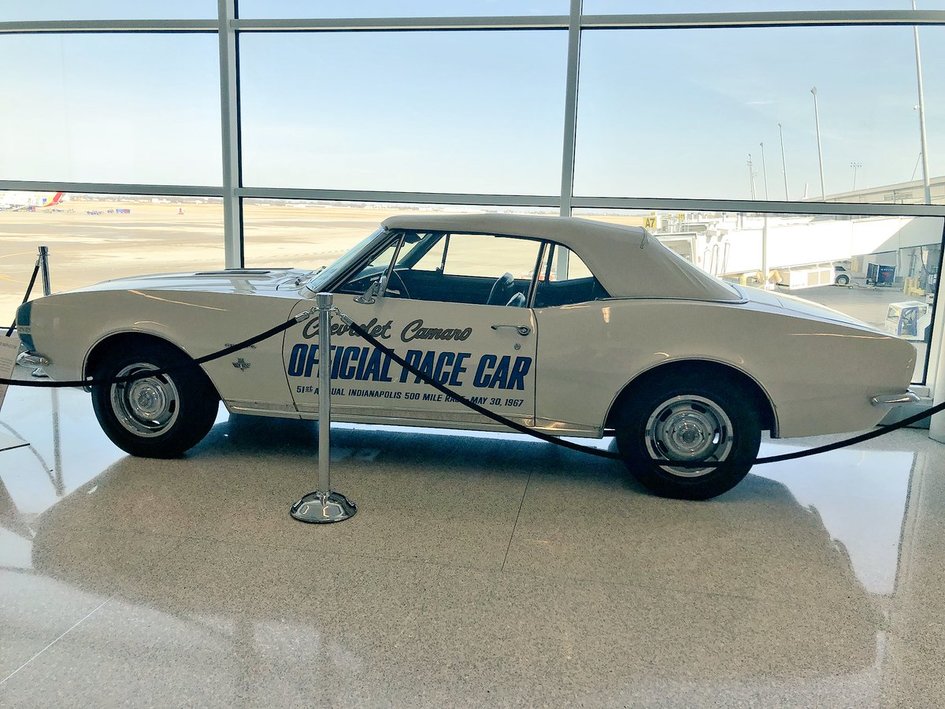 Vintage race car on display at the Indianapolis International Airport. 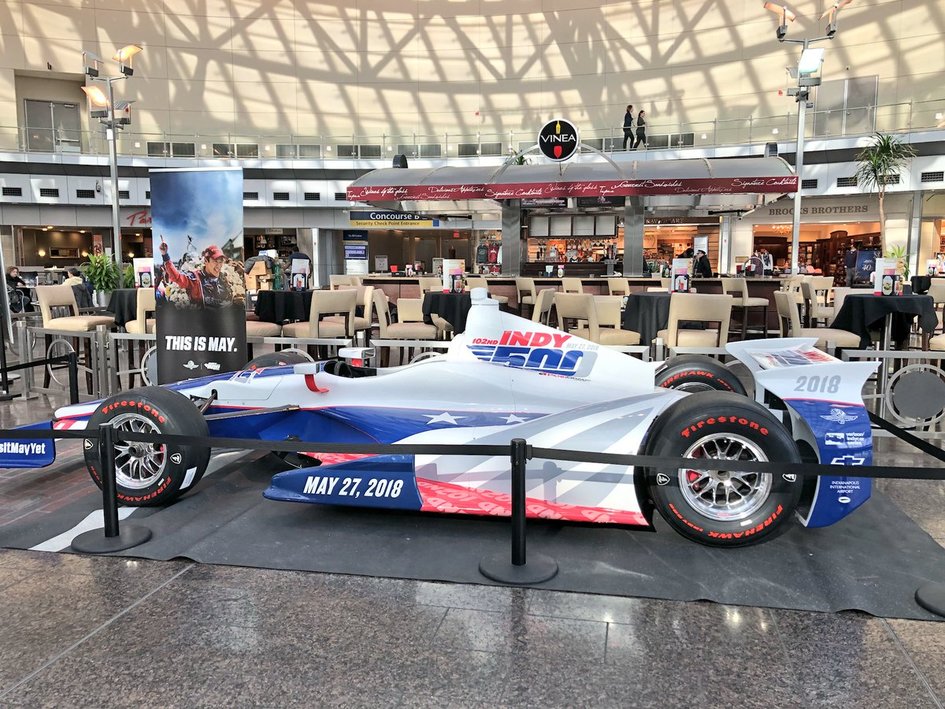 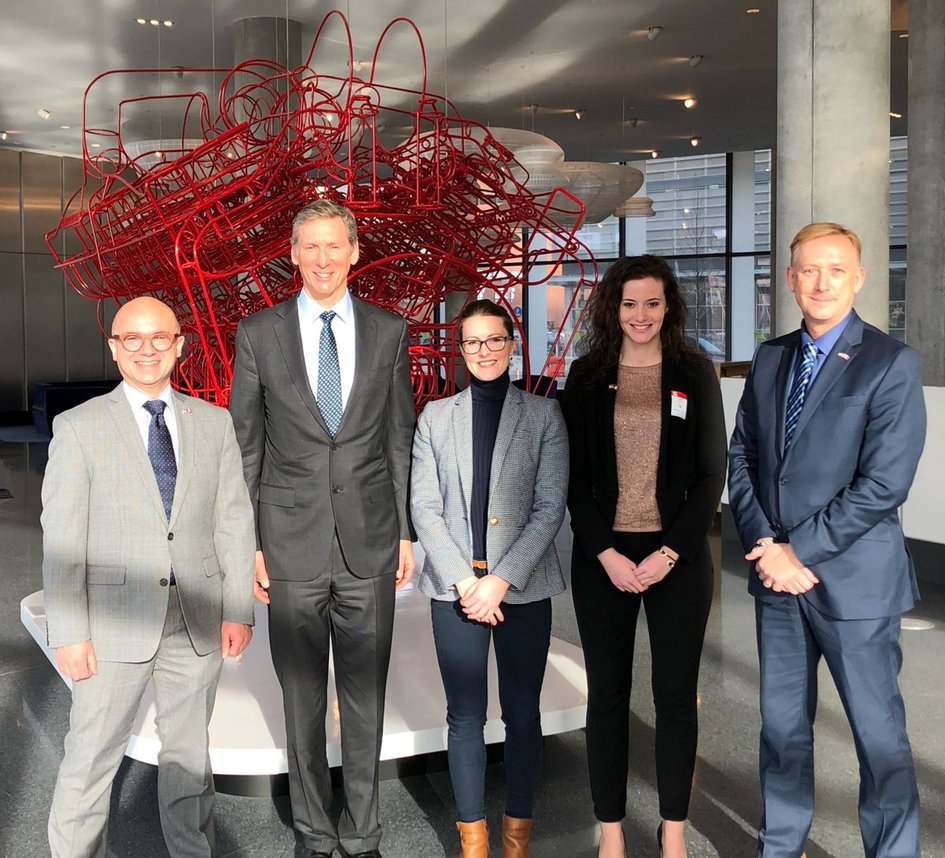 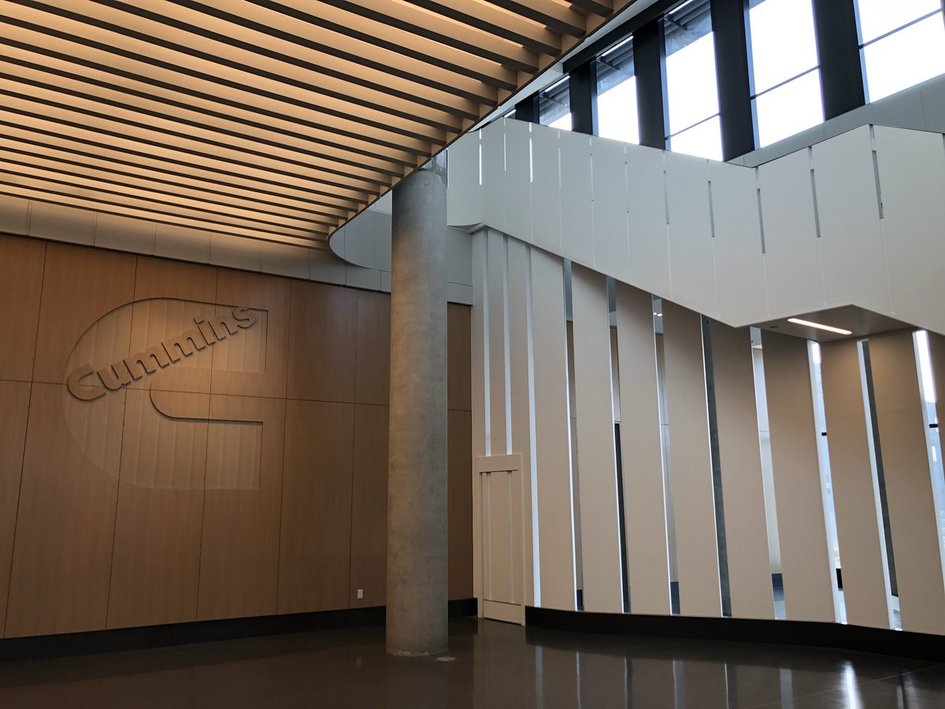 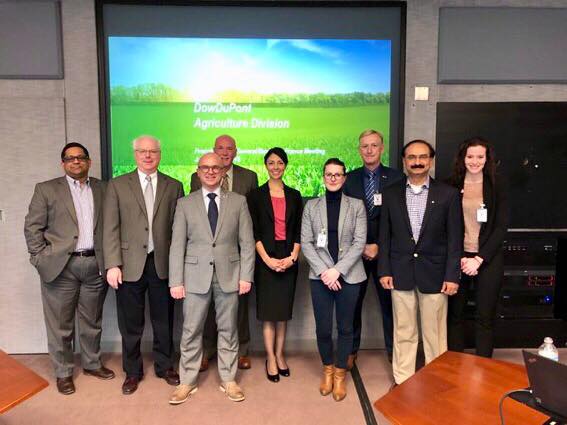 Visit of DowDuPont in Indianapolis 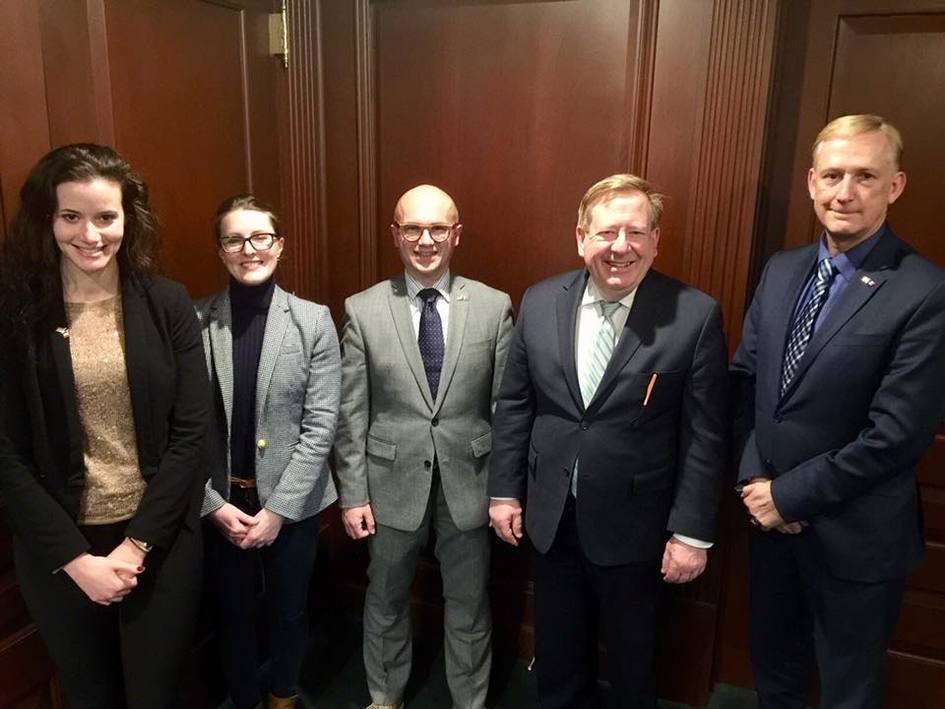 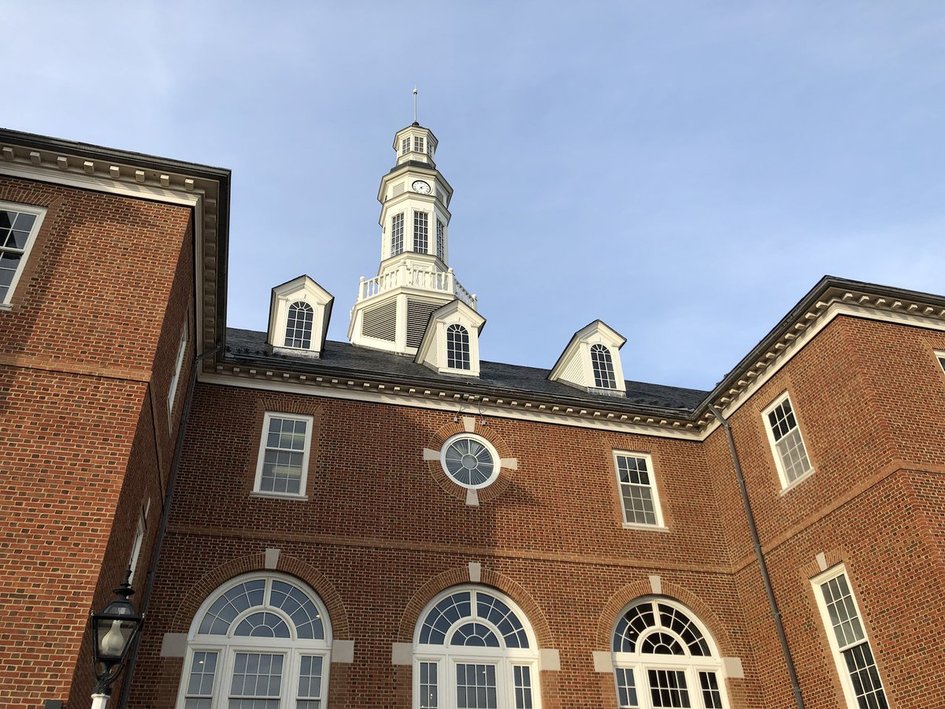