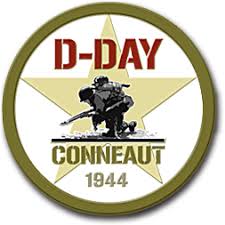 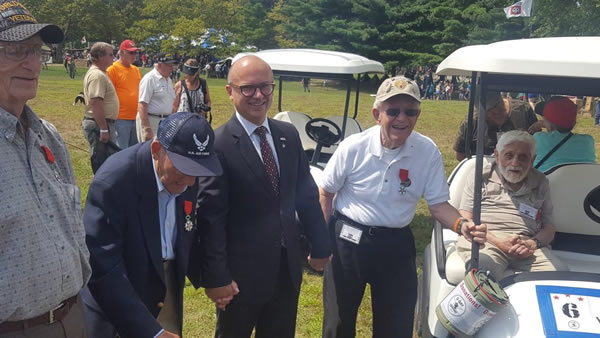 Josh Knerly and Dominique Le Garrec, respectively Honorary Consuls of France for Northern Ohio and Pennsylvania, as well as Keith Campbell, The National D-Day Memorial in Bedford Virginia; John Patterson, Ohio State Representative; and Jim Hockaday, Conneaut City Manager were present at the ceremony along with past recipients of the Legion of Honor, veterans of foreign wars and hundreds of visitors. 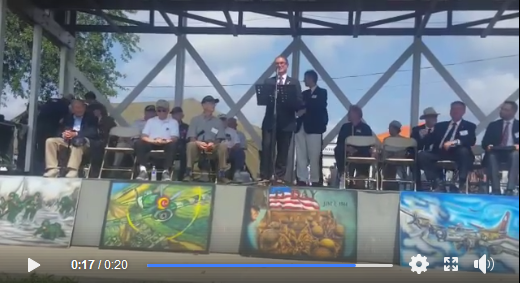 D-Day Conneaut is America’s premier living history event and one of the most realistic and educational reenactment of D-Day and the largest WWII reenactment in the U.S. Since 1999, this annual event takes place on the shores of Lake Erie, and assembles more than 1,200 re-enactors from across the United States and Canada. 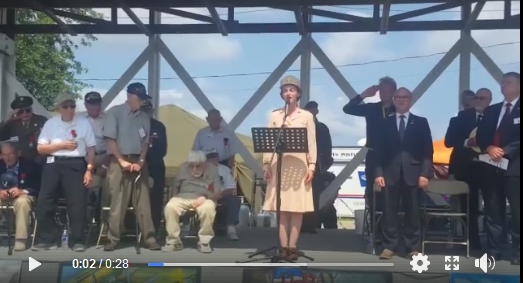 The veterans honored at D-Day Conneaut 2018

Private First Class Davis entered active duty in March 1943 at age 19. He was assigned to the Company “C” of the 247th Engineer Combat Battalion, where he served as a truck driver. 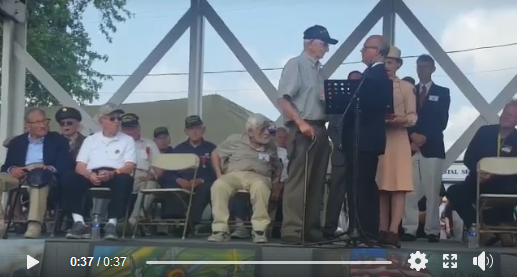 From June 1944 until September 1945, he participated in the campaigns of Normandy, Northern France, the Rhineland, the Ardennes, and Central Europe.

Mr. Davis landed in Normandy on D-Day +7. His mission was to participate in the vast operations of clearing mines and debris, repairing and maintaining thousands of miles of roads and constructing thousands of feet of bridges ahead of the allied advance across France. The Vire River, Saint Lô, the Falaise Pocket, the Seine River are some of the areas Mr. Davis helped rebuild before moving forward to Belgium, Holland, the Siegfried Line and Germany.


Technical Sergeant Debth entered active duty in March 1943 at age 19. He was assigned to the 728th Squadron of the 452nd Bomb Group. He was part of the famous Mighty Eighth (8th) Air Force, where he served as a radio operator and waist gunner. 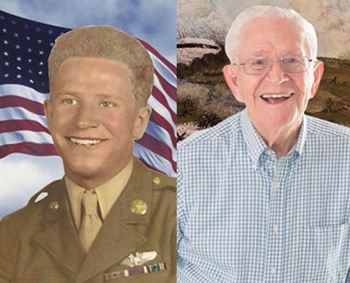 From July 1944 until February 1945, he participated in the campaigns of Northern France, the Ardennes and the Rhineland.

Mr. Debth flew 25 tactical and strategic missions on board B-17 “Flying Fortress” bombers. In August and September 1944, his bomb group engaged in a series of attacks over Brest in Brittany to recapture the port city. In addition to the French campaign, he also participated in the aerial support of the troops during the Ardennes offensive and in several tactical operations over Germany. In November 1944, on his tenth mission, he got shot by an enemy plane and sustained permanent injuries. Mr. Debth was awarded the Good Conduct Medal, the Presidential Unit Citation, the European African Middle Eastern Campaign Medal with 3 Campaign Stars, the Purple Heart, the Air Medal with 3 Oak Leaf Clusters, and the WWII Victory Medal


Technical Corporal Foradas entered active duty in February 1943 at age 20. He was assigned to the Detachment “A” of the 3104th Signal Service Battalion Headquarters, where he was in charge of restoring communication networks. 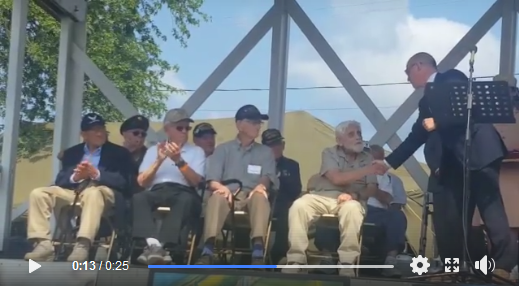 From June 1944 until August 1945, he participated in the campaigns of Normandy, Northern France, and the Rhineland.


Mr. Foradas, landed on Omaha Beach on D-Day +6. His primary mission was to provide communication support from the General Headquarters to the front lines throughout France. In August 1944, Mr. Foradas, serviced communications facilities atop the Eiffel Tower in Paris, as well as at the U.S Army’s first fully mobile communications center. Later on, he was deployed to the Rhine Valley to set up communication lines for combating units.


Sergeant Piccuta entered active duty in April 1943 at age 21. He was assigned to the 440th Troop Carrier Group with the 9th Air Force, where he served as a glider mechanic. 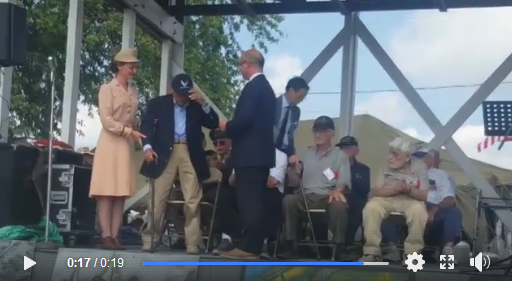 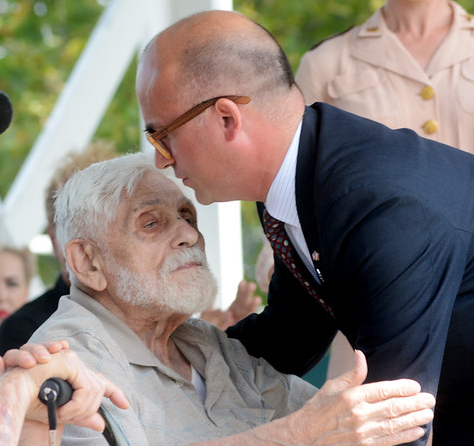 From March 1944 until November 1945, he participated in the campaigns of Rome-Arno, Normandy, Southern France, the Ardennes, the Rhineland, and Central Europe. Mr. Piccuta arrived in Normandy within a day of the Allied Invasion to assess, repair and recover gliders used in the D-Day assault. As the battle lines were moving forward, he followed the progression of the troops. Mr. Piccuta was deployed in St. Lô, and into the hedgerows during the Battle of Normandy, then on the Mediterranean front during the Provence landing called “Operation Dragoon”, and again on the Atlantic coast in Le Havre. In the winter, he moved to Belgium during the Siege of Bastogne and supported the airborne operation to cross the Rhine during Operation Varsity. 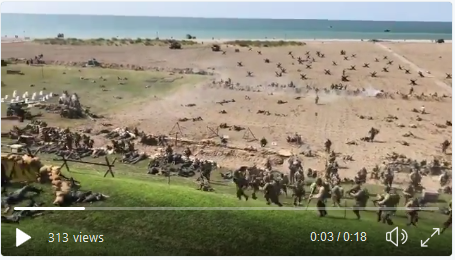 Local World War II veteran to receive French Legion of Honor Toledo Blade-Aug 13, 2018 - Jay Skibba. Jim Debth with some of the medals received for his service in the U.S. Army Air ... The Blade/Jetta Fraser ... Mr. Debth, 94, is a decorated World War II veteran who successfully flew 25 missions in a B-17 bomber.

Local WWII vet to be honored at Ohio event News | ncnewsonline.com - Aug 11, 2018A World War II veteran from New Castle will be among those honored at the annual D-Day Conneaut observance in Conneaut, Ohio.

Local WWII vet to be honored at Ohio event New Castle News-Aug 11, 2018 A World War II veteran from New Castle will be among those honored at the annual D-Day Conneaut observance in Conneaut, Ohio. 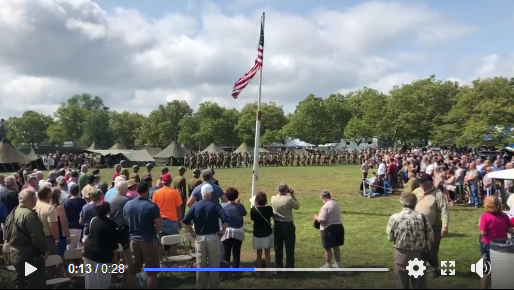 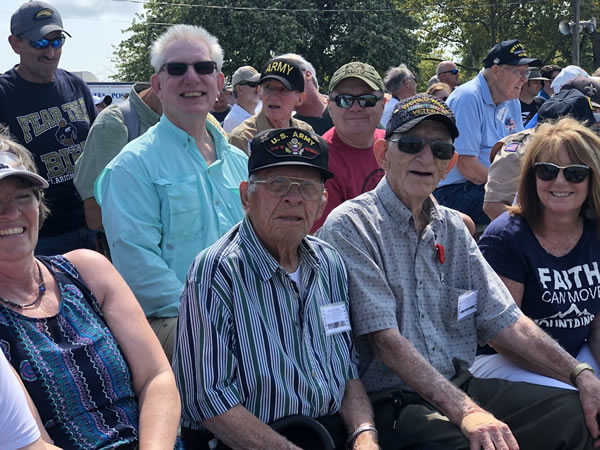 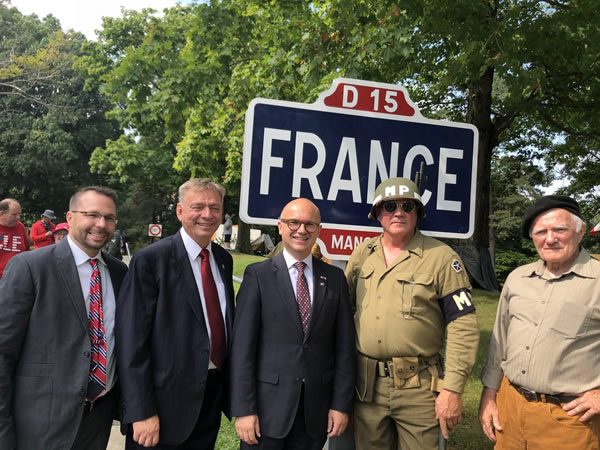 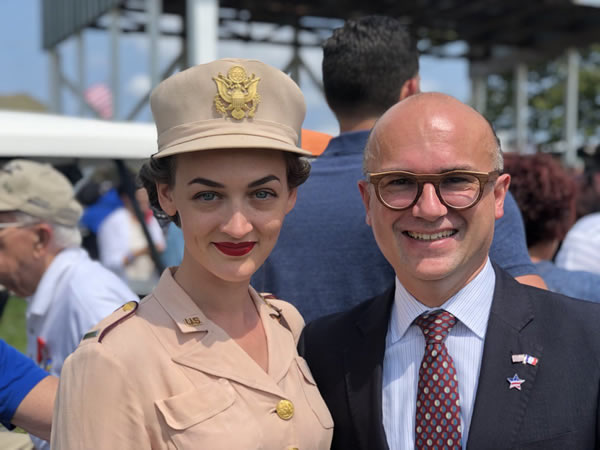 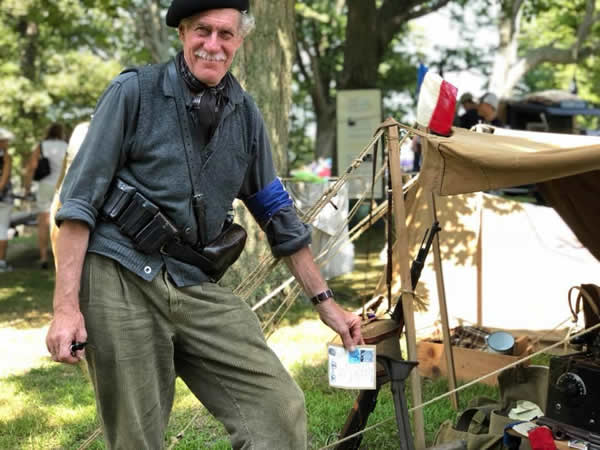 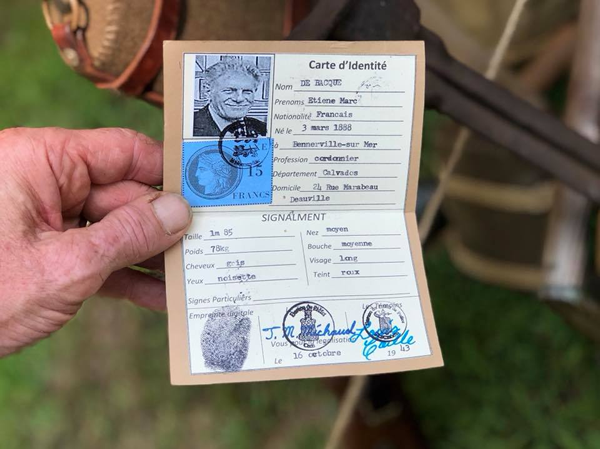 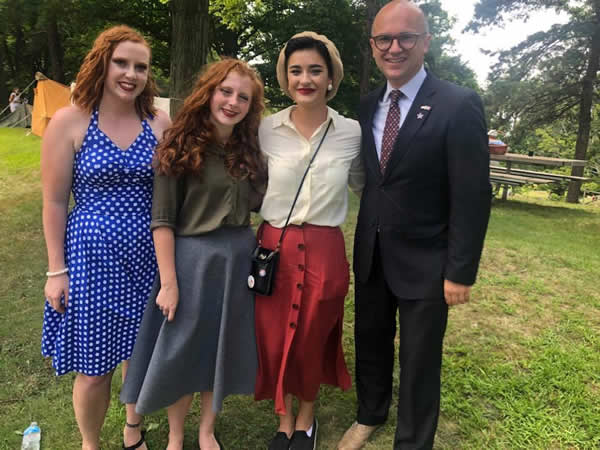 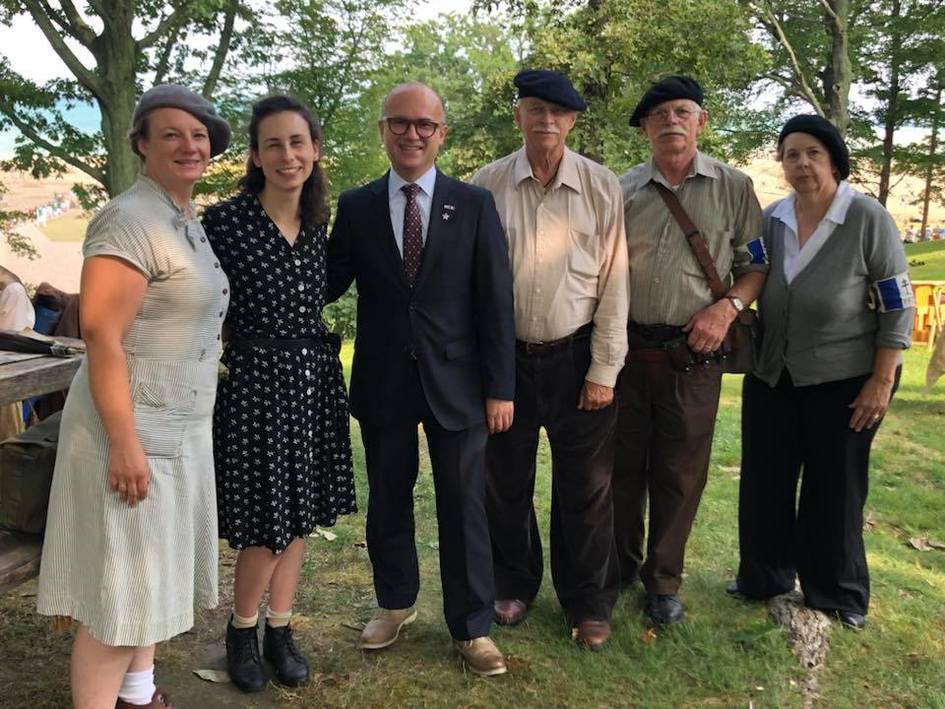 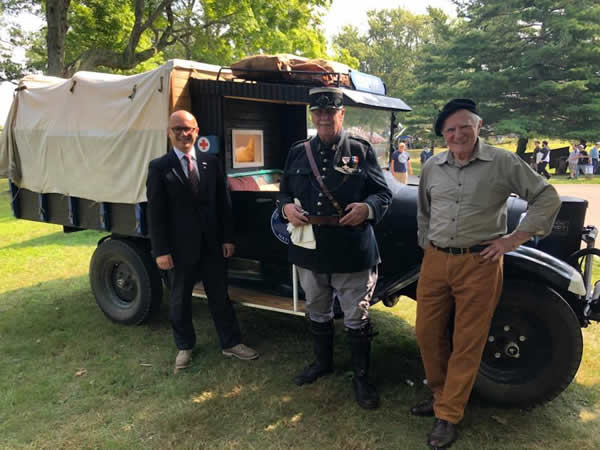 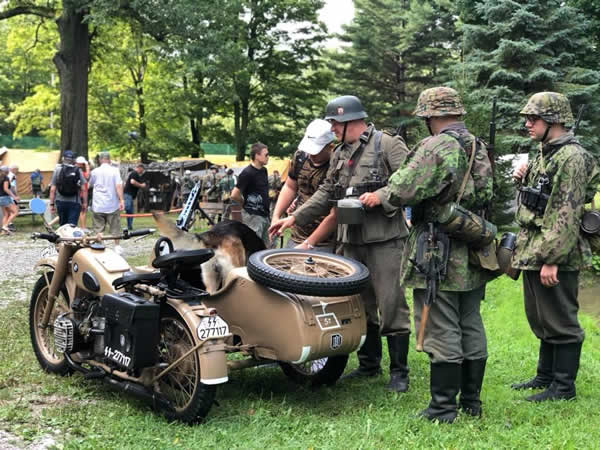 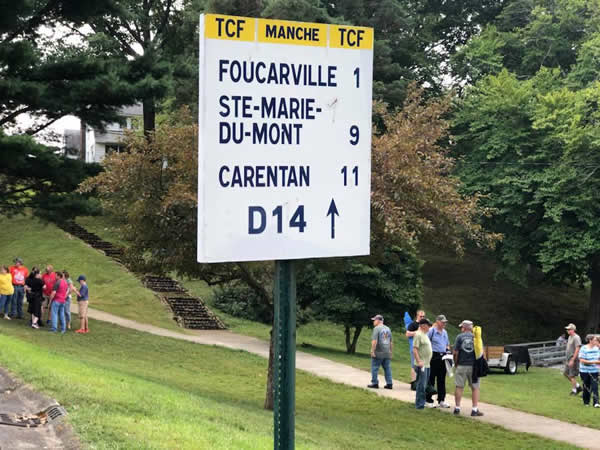 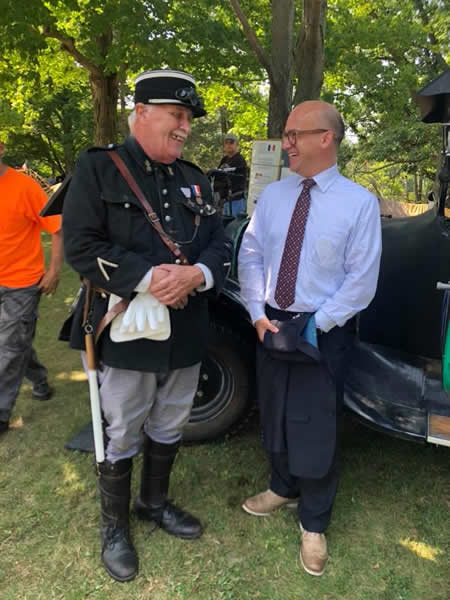 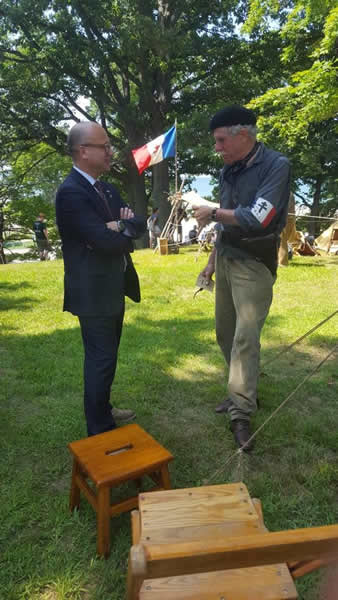