Home > Dedication of the Statue of François-Marie Bissot, Founder of Vincennes, (...)

Dedication of the Statue of François-Marie Bissot, Founder of Vincennes, Indiana 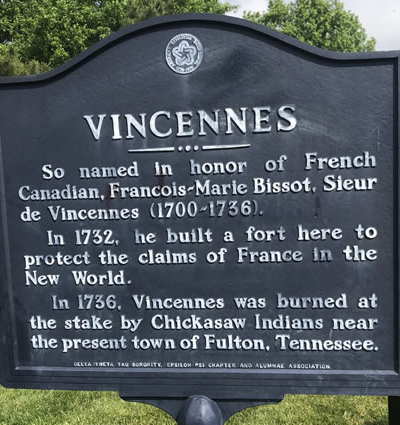 “It is such an honor to be in Vincennes today, together with my fellow representative of Quebec. Ensemble pour une cause juste! The French heritage in the Midwest will no longer be neglected. This is just the beginning” said Consul General Lacroix during the dedication ceremony.

Vincennes, located 2 hours south of Indianapolis, was founded in 1732 by Sieur de Vincennes, a French explorer and military officer in the French Troupes de la Marine born in Quebec. The area was part of New France and the military post was built on the Wabash River to protect the rich fur trade from the British. The military post became the oldest continuous settlement making Vincennes the oldest in Indiana.

This event was a great opportunity to bring together people from Vincennes but also from the French and Quebec communities. Vincennes Mayor Joe Yochum proclaimed May 26th as Sieur de Vincennes Day. The proclamation was read by City Councilman Dan Rovelette.

The people of Vincennes honored their founder, and through him the important history between France, Quebec and the State of Indiana.

The dedication event took place during the 42nd Annual Rendezvous. This year’s theme was the French Marines who were the military force on the frontier. A French citizen of Vincennes camp portrayed the early French of Vincennes. Thousands attended the events over the weekend.

When french was spoken on the banks of the « rivière Ouabache ». Thank you Tippecanoe Ancient Fife and Drums for doing such a great job. pic.twitter.com/ac99yRJ6AY 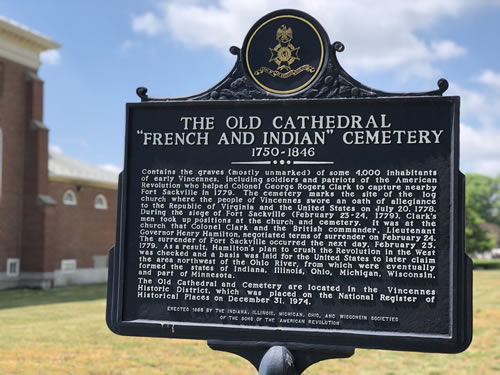 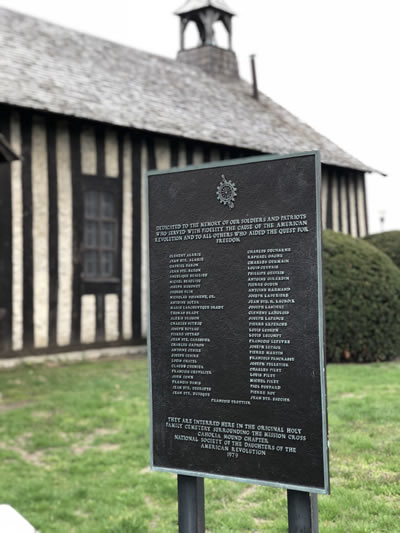 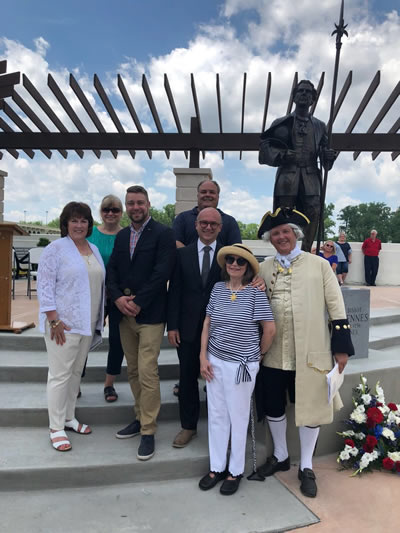 Consul General Lacroix with Québec Representative, Jean-Francois Hould and members of the Vincennes/Knox County Visitors and Tourism Bureau and Friends of Vincennes Heritage 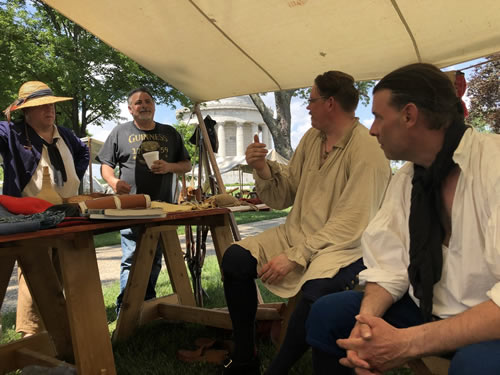 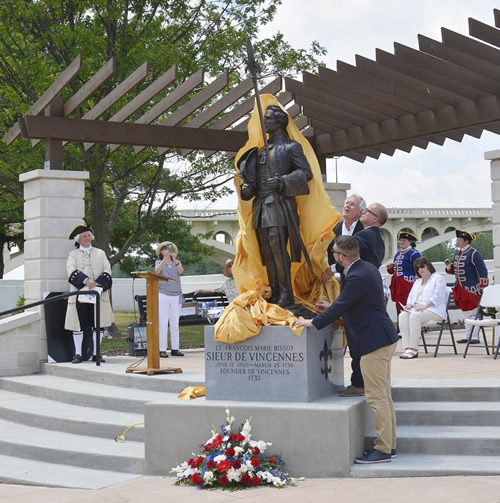 History was made Saturday on the banks of the Wabash River as the long-awaited statue of the city’s founder, Francois Marie Bissot, Sieur de Vincennes, was unveiled at last.

The fundraising campaign by the Friends of Vincennes’ Heritage to make the statue a reality spanned nearly five years and eventually was able to raise over $60,000, money that was used for a pedestal and to send the clay likeness of the Sieur de Vincennes, sculpted by Bill Wolfe, off to the foundry to get bronzed.

It’s been a long journey, founding Friends member Joy Biggs said after the statue was revealed from beneath a gold sheath, but it was every bit a labor of love.

“It feels good,” Biggs said with a laugh after the unveiling ceremony at the Riverwalk. “Everything turned out, we have our French guests here, the statue is marvelous. “During the ceremony, I said that we were making history today because we were preserving history, and that’s the most important thing to me,” she said. “We got it done!”

The French guests in attendance were Guillaume Lacroix, consul general of France, and Jean-Francois Hould, Quebec government representative. Their offices are in Chicago and they both traveled down to Indiana’s first city to see the statue make its debut.

The statue honors Bissot, who was born in Montreal in 1700 and rose through the ranks of the French marines. In 1730, the French sent Bissot to find a way to stop English traders from penetrating farther into the Ohio River Valley.

Bissot likely arrived in Vincennes to establish a fort that same year, but 1732 is considered to be the year that the Poste de Vincennes was officially up and running. Bissot brought his wife, Marie Philippe Dulongpre, here to the settlement and they had two children who were probably born at the fort, likely making them the first European family of the Vincennes community.

In 1736, the 36-year-old Frenchman met his end when he was burned at the stake in a failed joint French-Indian expedition against Chickasaw villages in present-day Mississippi.

All that shared history is why both Hould and Lacroix felt it was so important to be present at the statue unveiling.

“This means a lot because it is the recognition by Vincennes of its French heritage, its French ancestry by recognizing the role that the Sieur de Vincennes played in the history of Vincennes, but also more broadly in the history of Indiana and the whole midwest,” Lacroix said. “And it means a lot to me because it is also a recognition of the shared history, the shared past, and the shared path between France and the United States.”

Just yesterday, Lacroix added, he participated in the first direct trans-Atlantic, nonstop flight between Paris and Indianapolis, so the unveiling couldn’t have come at a better moment in the evolving relationship between Indiana and France.

For Hould, being in Vincennes to watch the statue’s unveiling was equally as special because he’s from Montreal, Bissot’s birthplace.

“I’m from Montreal, I studied in Montreal, and I feel suddenly connected to the community here,” he said. “It’s so important to keep history alive because it connects people and brings people together.” 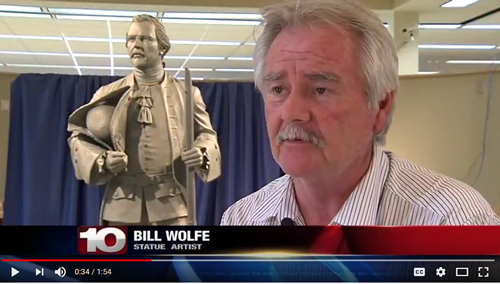 Statue to represent history of Vincennes the man, city. Unvailing of the Sieur de Vincennes statue at the Knox County Public Library. WTHI-TV- Published on May 6, 2015