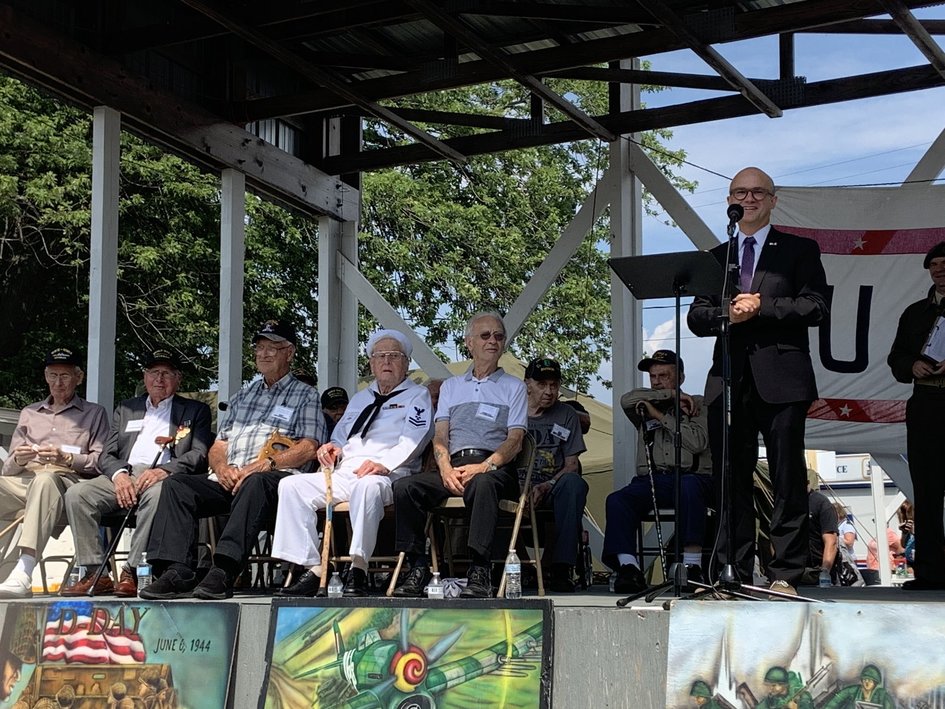 On August 17, five heroes of WWII, Daniel Buzek, Claude J. Koon, Albert J. Kosiba of Ohio, Paul Arnone of the State of New York, and Richard L. Wilczewski of Pennsylvania, were awarded the French Legion of Honor by Guillaume Lacroix, French Consul General to the Midwest, for their contribution to the liberation of France.

“Every French family has a story to tell of perseverance, sacrifice and blood… The debt France owes the Americans will never be repaid in full,” said Consul General Lacroix.

The presentation ceremony took place during D-Day Ohio the largest reenactment of D-Day, June 6, 1944, in the US. This year, to mark the 75th Anniversary of the Normandy and Southern France Landings, hundreds of veterans including 150 WWII veterans, and thousands of visitors came to Conneaut in North-Eastern Ohio for this living history event recreated by more than 1,700 reenactors. 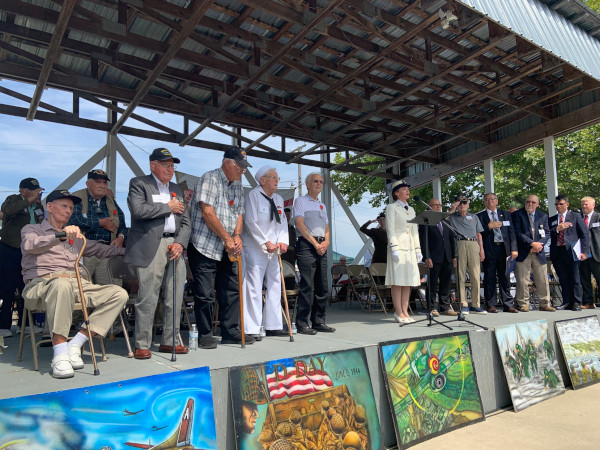 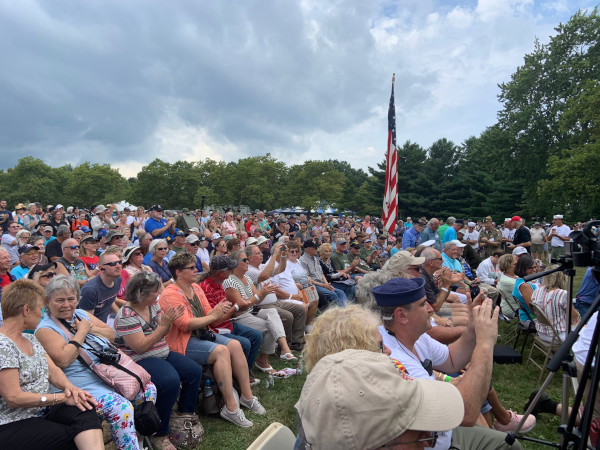 Hundreds attend the official presentation ceremony of the French Legion of Honor. 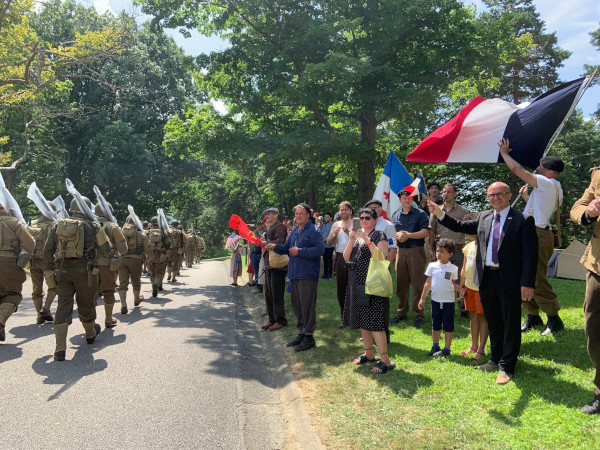 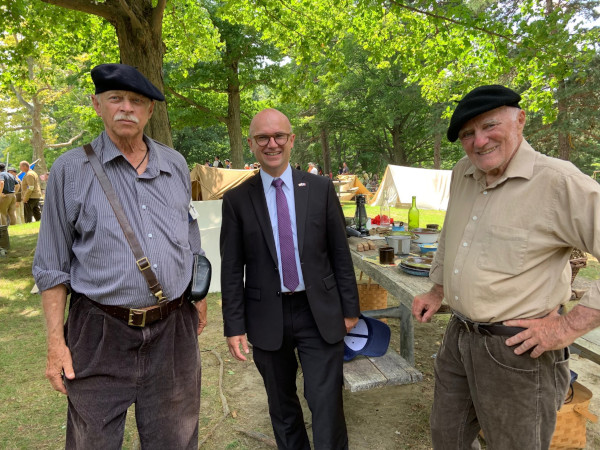 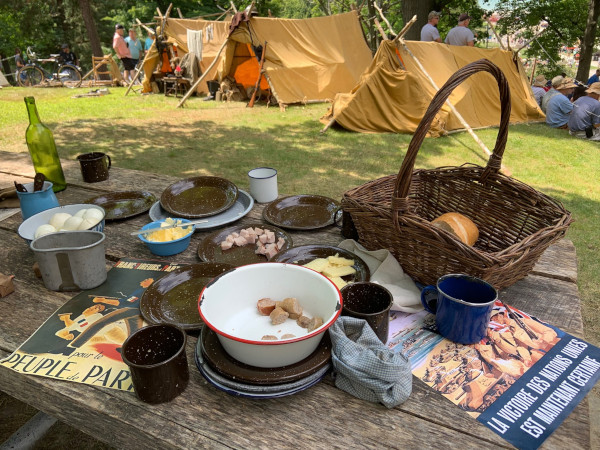 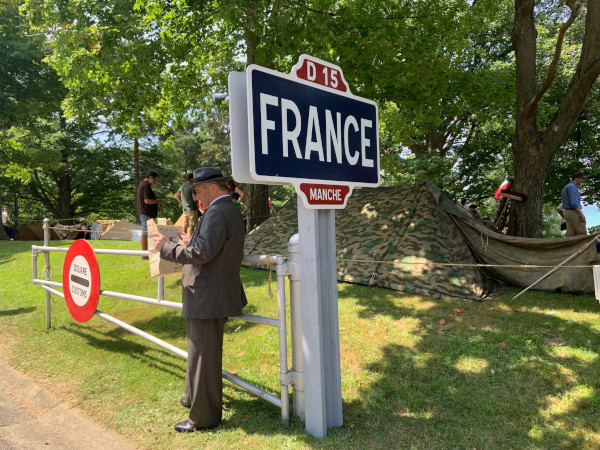 The beach at Conneaut Township ready for the reenactment of the D-Day Landing. 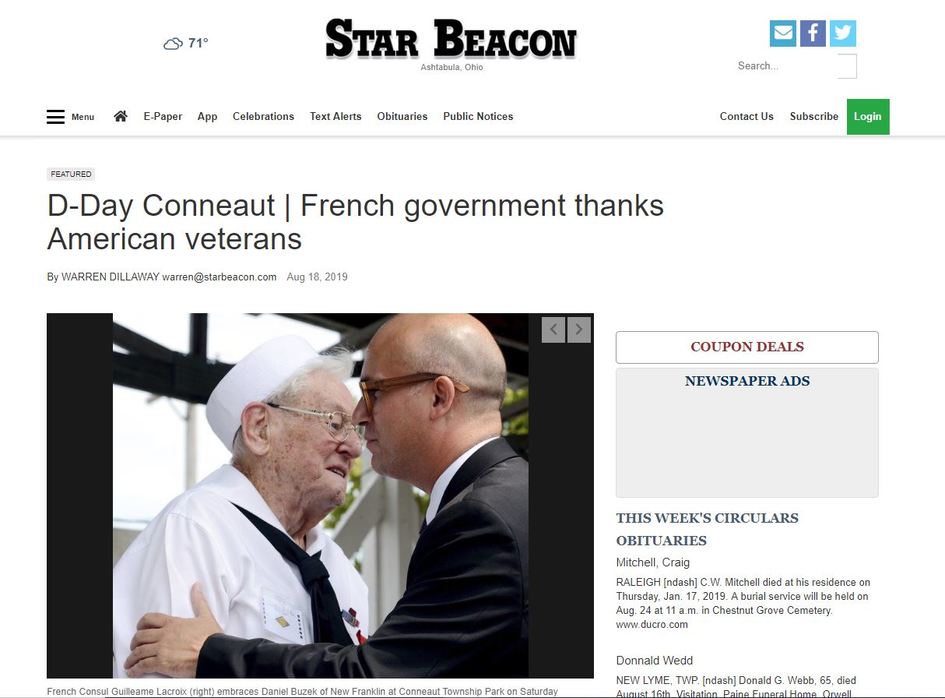 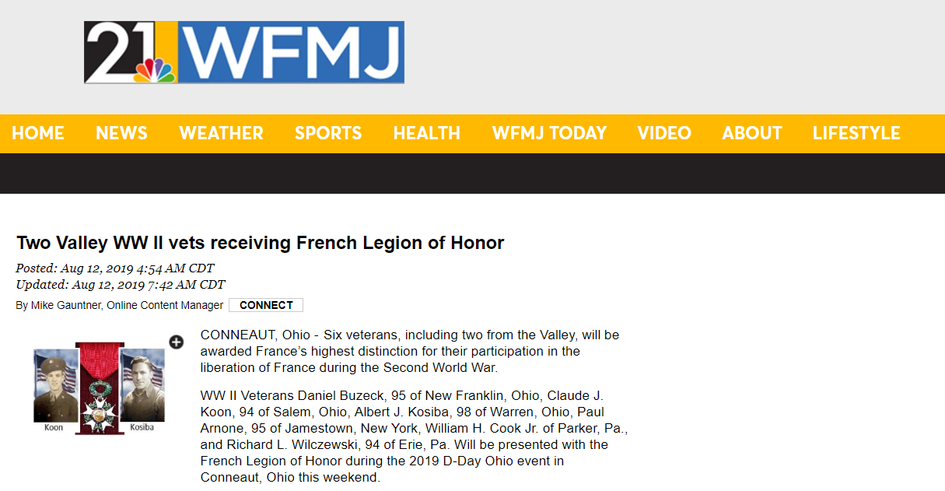 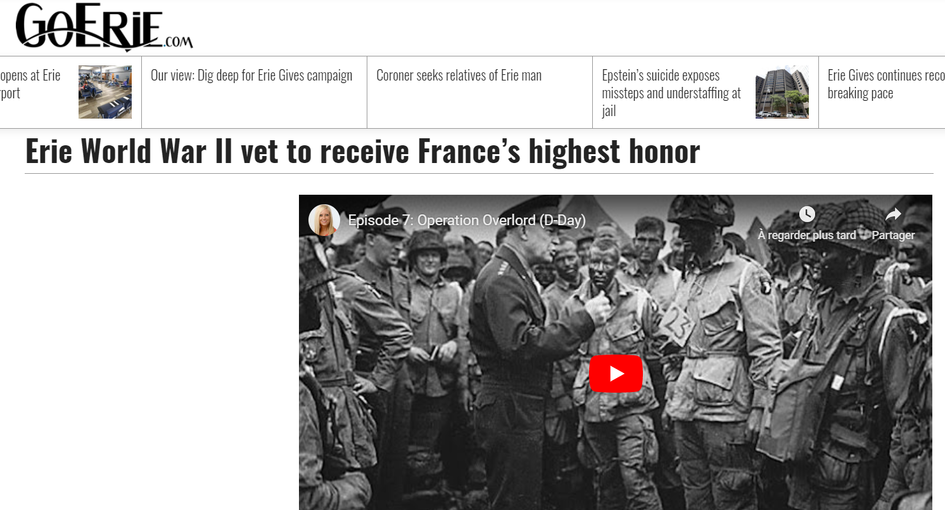 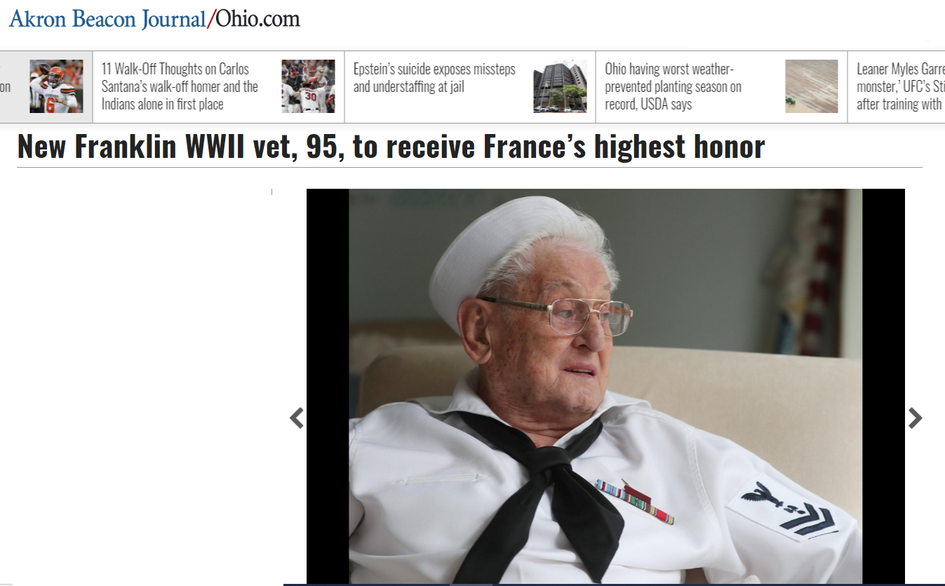 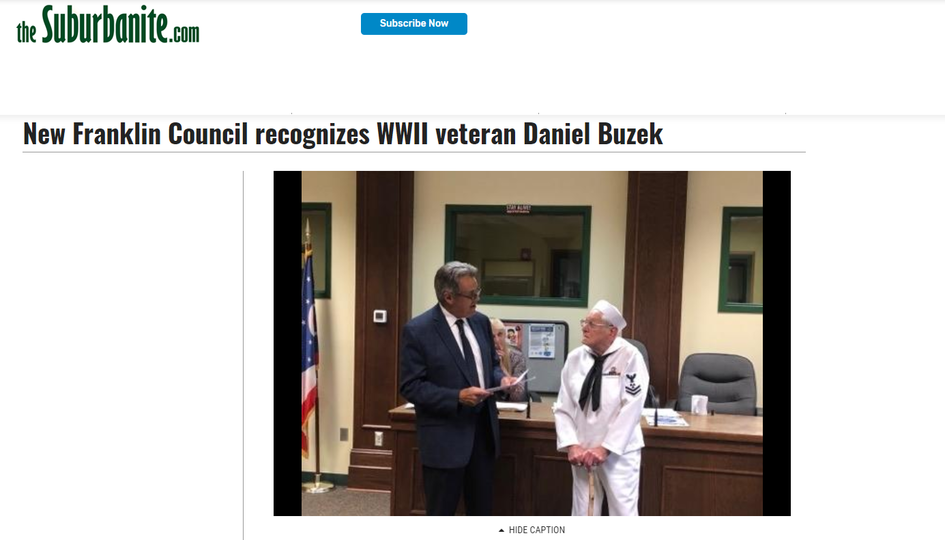 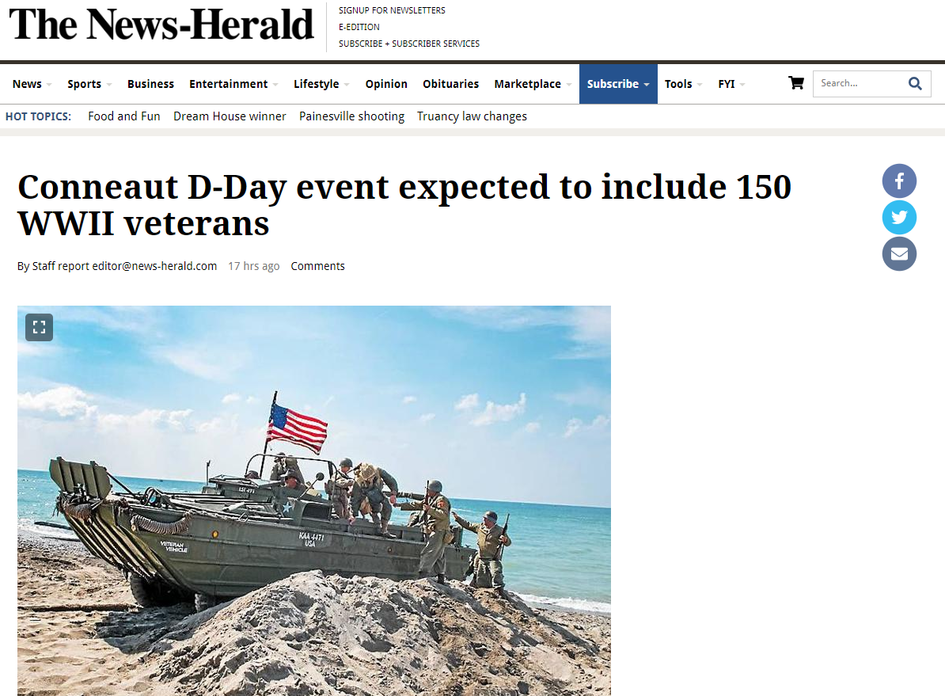 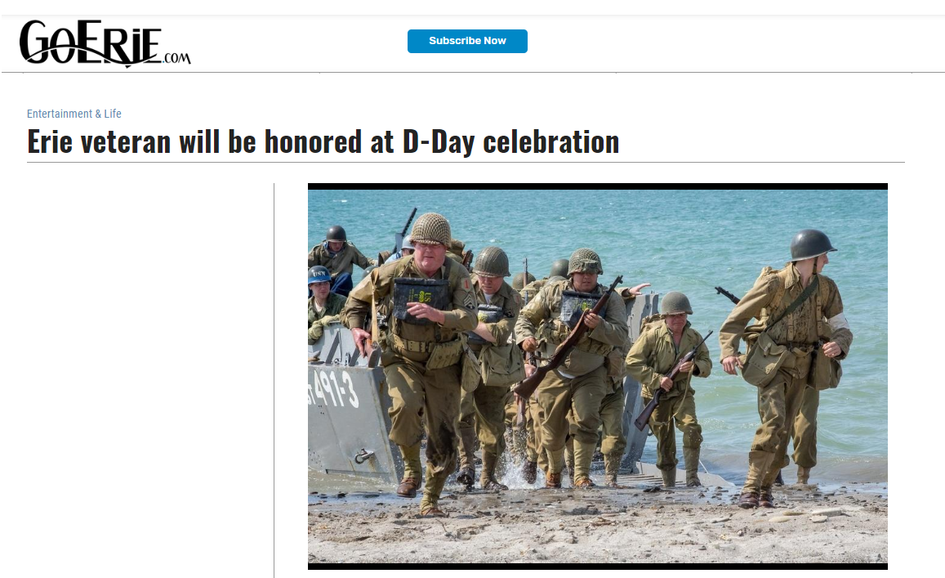 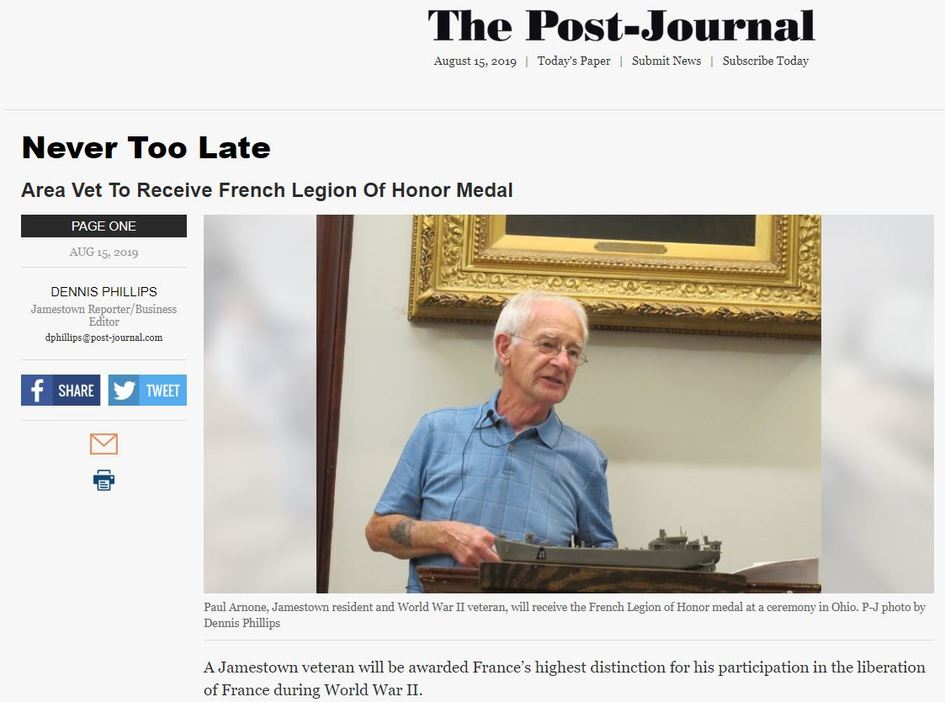 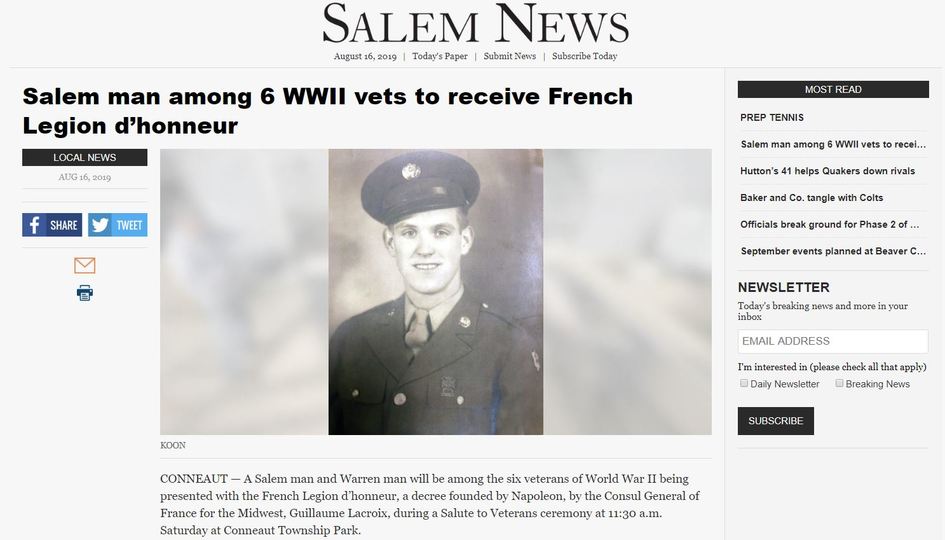 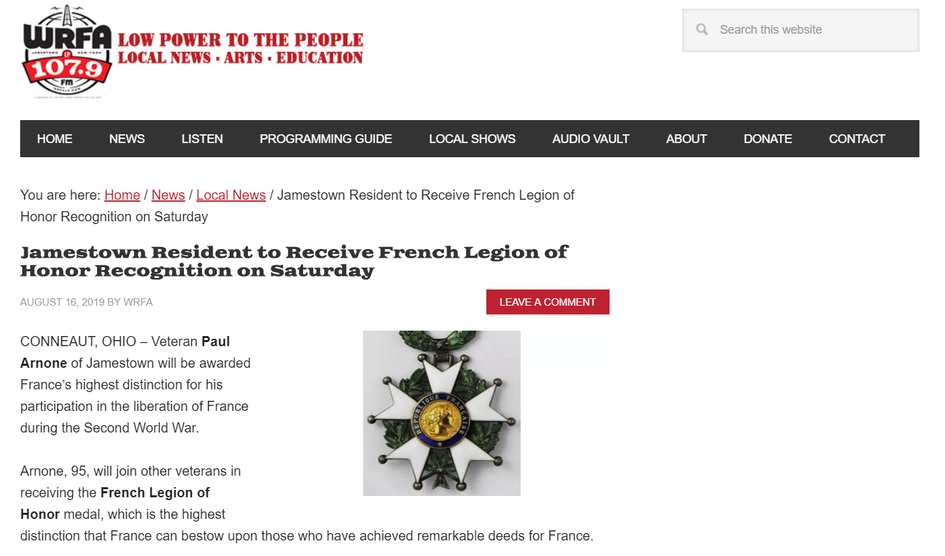 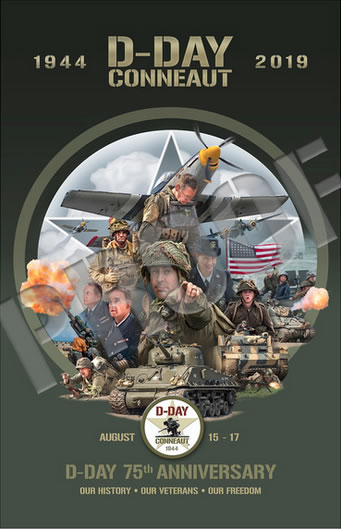