Home > A new line of cheese made in Illinois launched thanks to a US-France (...) 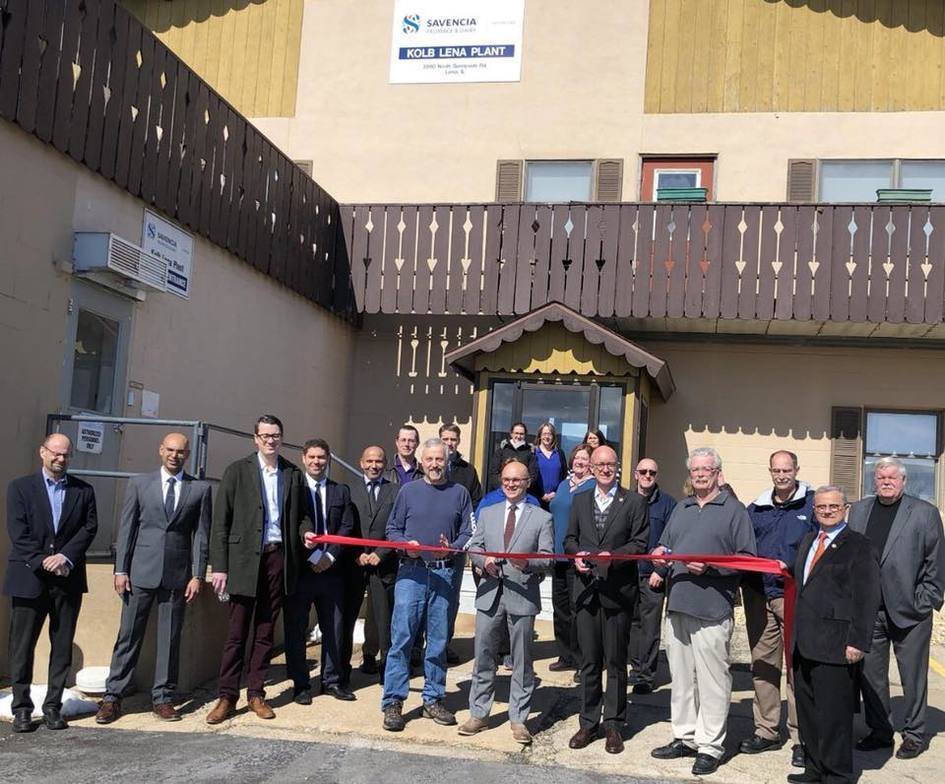 On March 7, Consul General Lacroix participated in the ribbon cutting and launch of a new line of cheese (the tasty Dorothy’s Cheese) produced by Dorothy’s Cheese in the Apple River Canyon area, at the foot of Kolb-Lena, Illinois. The new cheese brand is named after Dorothy Demeter, a pioneer in the U.S. dairy industry. She was the first woman to earn a college degree in dairy science in 1953 from Iowa State University. Today, the creamery produces soft-ripened, brie, feta and goat cheese. 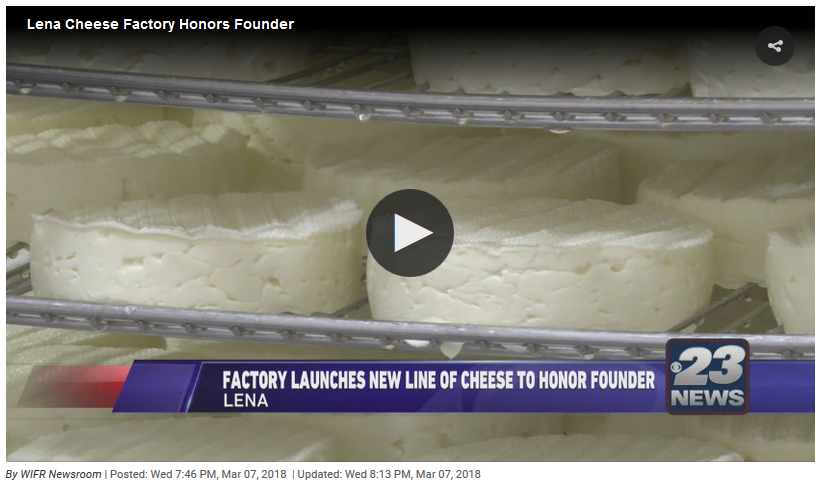 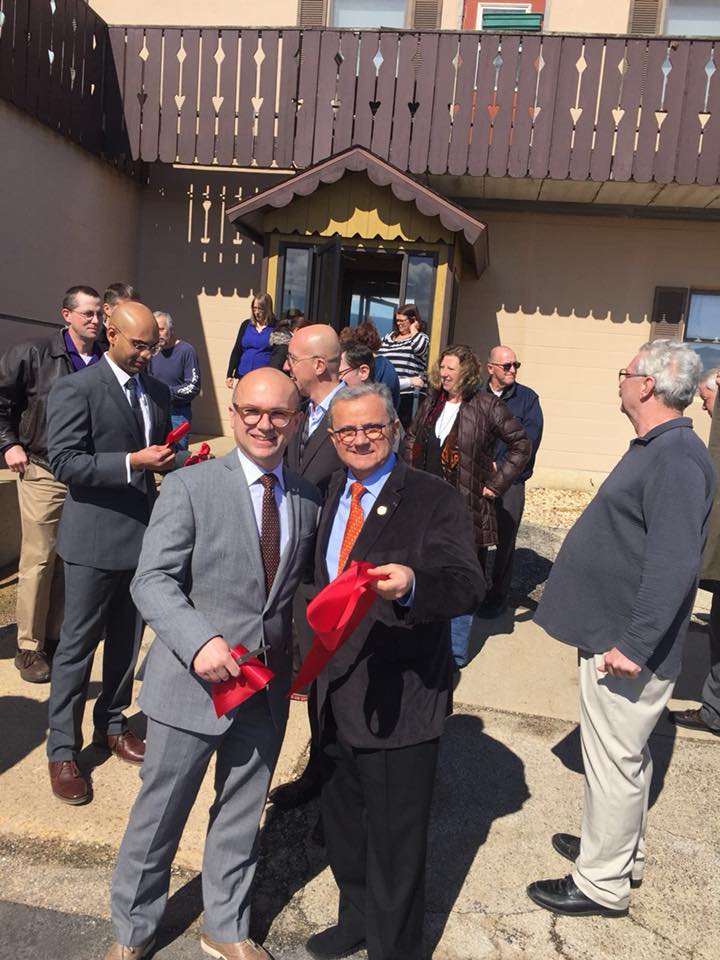 Roland Barthélemy, President of the International Cheese Guild and Consul General of France Lacroix after the ribbon cutting ceremony 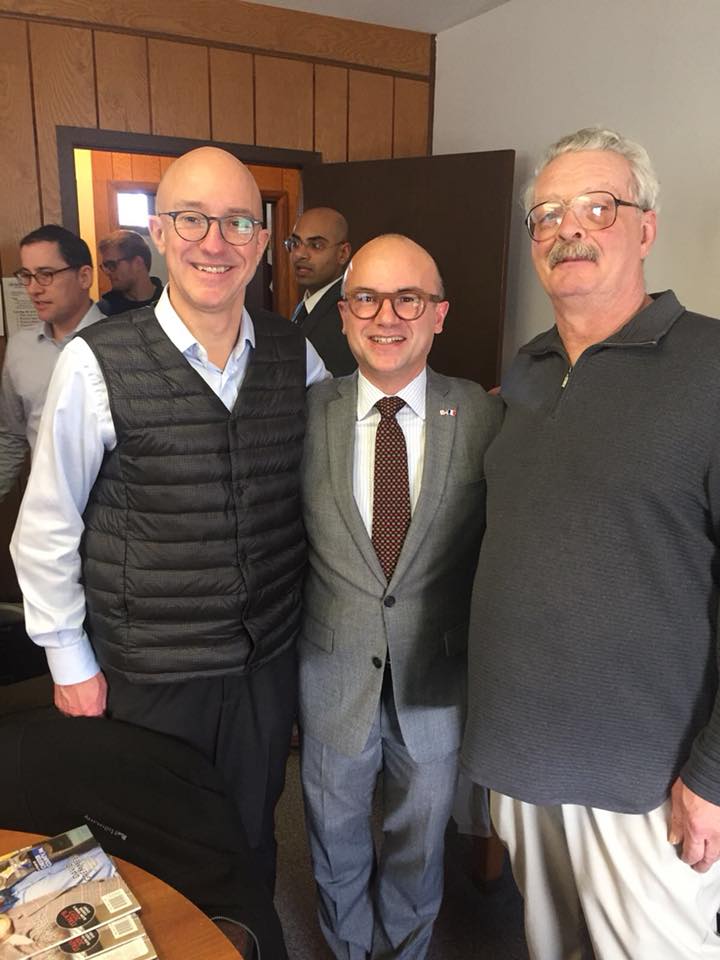 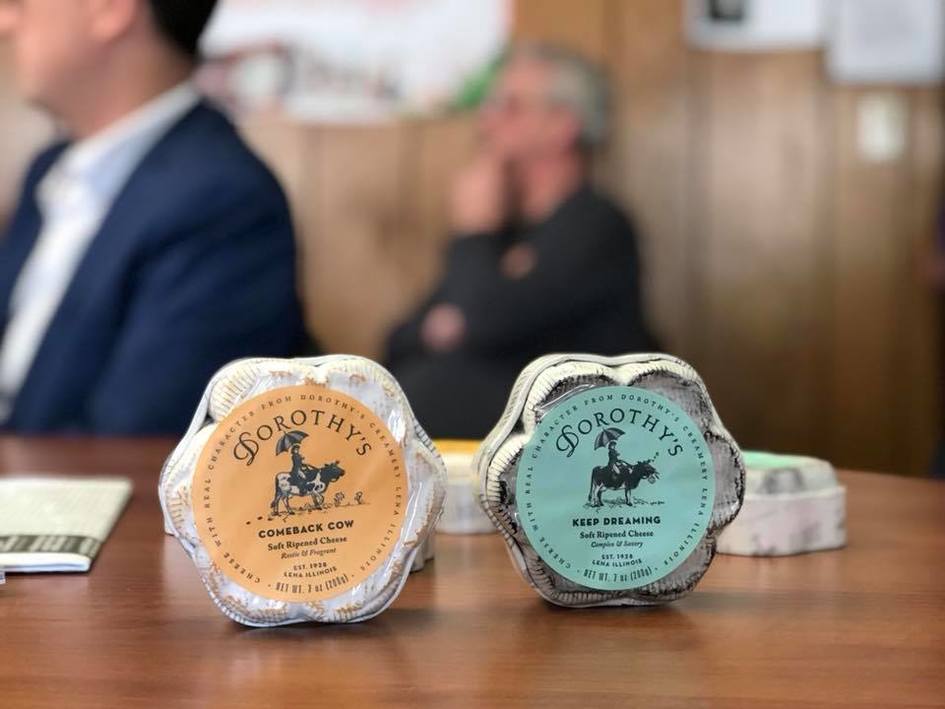 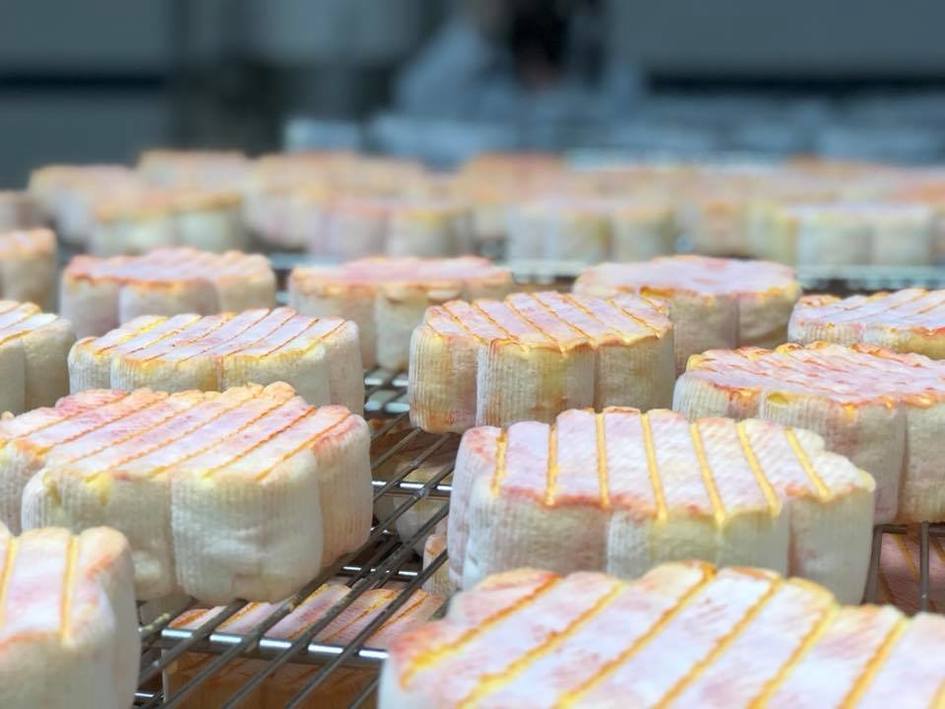