Guillaume Lacroix, French Consul General to the Midwest presented the French Legion of Honor medal to Kenneth Higashi, 97, of Spearfish, Orville “Bert” Lerew, 97, of Faulkton, and Jimmy Traupel, 96, of Mitchell, in recognition for their heroism while serving in France and Europe.

“The French people will never, ever forget the sacrifice of all the men and women who served in Europe for their country, but also for my country... By thanking these veterans, we thank all the people of South Dakota who played a role in our liberation during the Second World War,” Consul General Lacroix.

Sergeant Higashi was a member of the C “Charlie” Company, 100th Infantry Battalion, 442nd Regimental Combat Team, a Japanese-Americans special fighting force. During his service, he was infantry assault squad leader, participating in the North Apennines, the Pro Valley, the Rhineland and Southern France campaigns.

Sergeant Traupel was a member of the 379th Bombardment Group, 8th Air Force. He flew 34 combat missions during World War II, including 13 over France. The 379th is still known today as the “Grand Slam” wing or the “Most Outstanding Bomb Group” of the 8th Air Force. 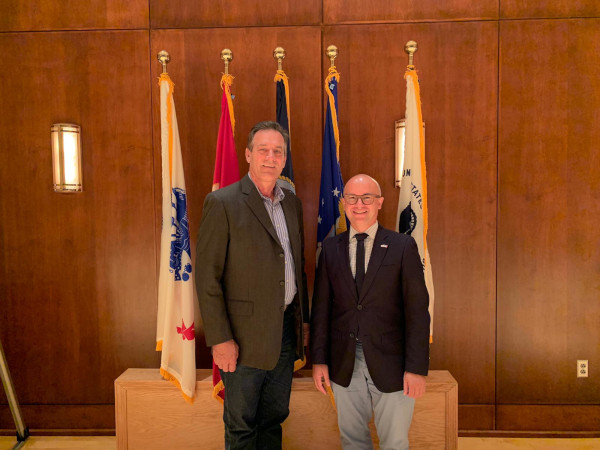 Lt. Governor Larry Rhoden and Guillaume Lacroix, French Consul General to the Midwest during the Legion of Honor presentation ceremony for WWII veteran Kenneth Higashi of Spearfish, South Dakota. "Thank you to Lt. Governor Larry Rhoden for his welcome to the Mount Rushmore State. South Dakota and France have historic connections. But they also have significant economic relations. French firms account for 1,400 jobs in South Dakota (#3 for jobs created by foreign companies)," Guillaume Lacroix.

For more photos got to the Consulate’s Facebook page: @franceinchicago 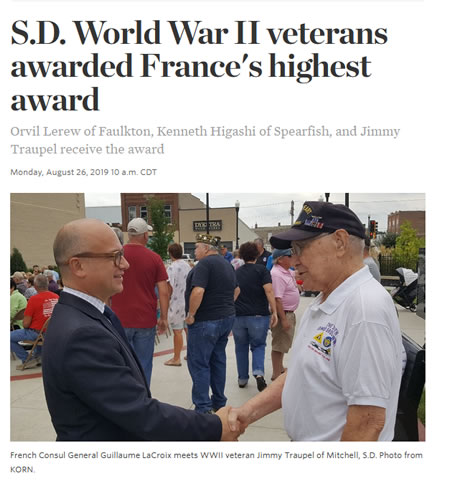 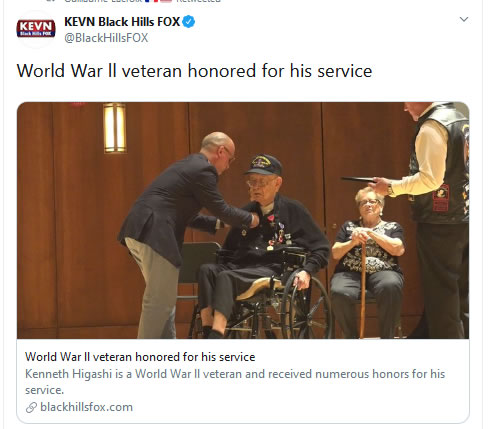 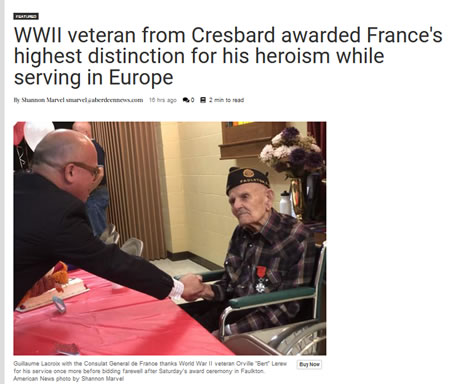 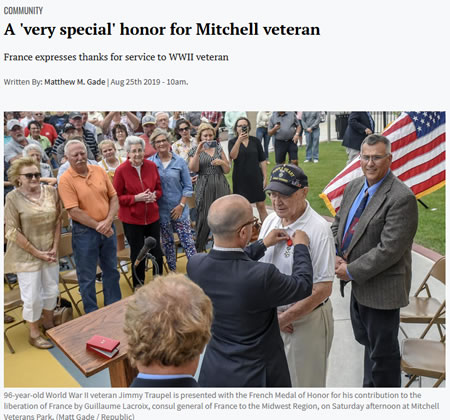 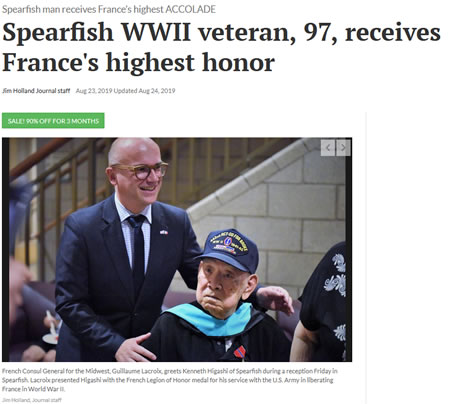 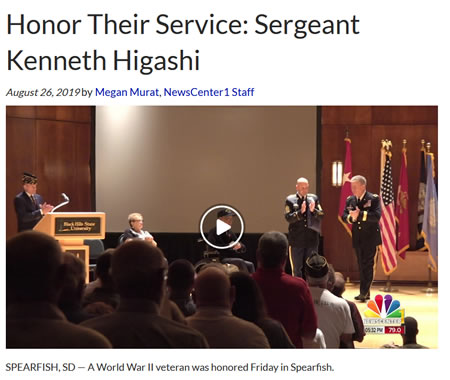 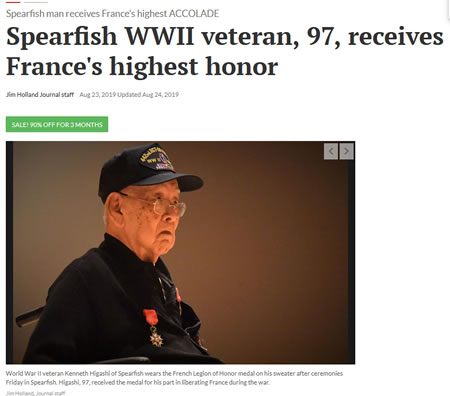 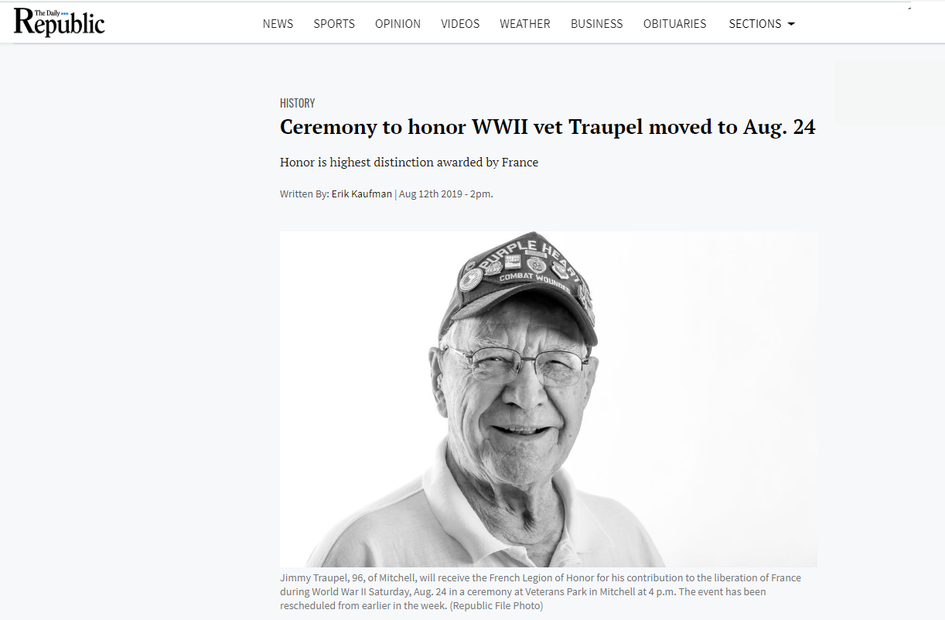 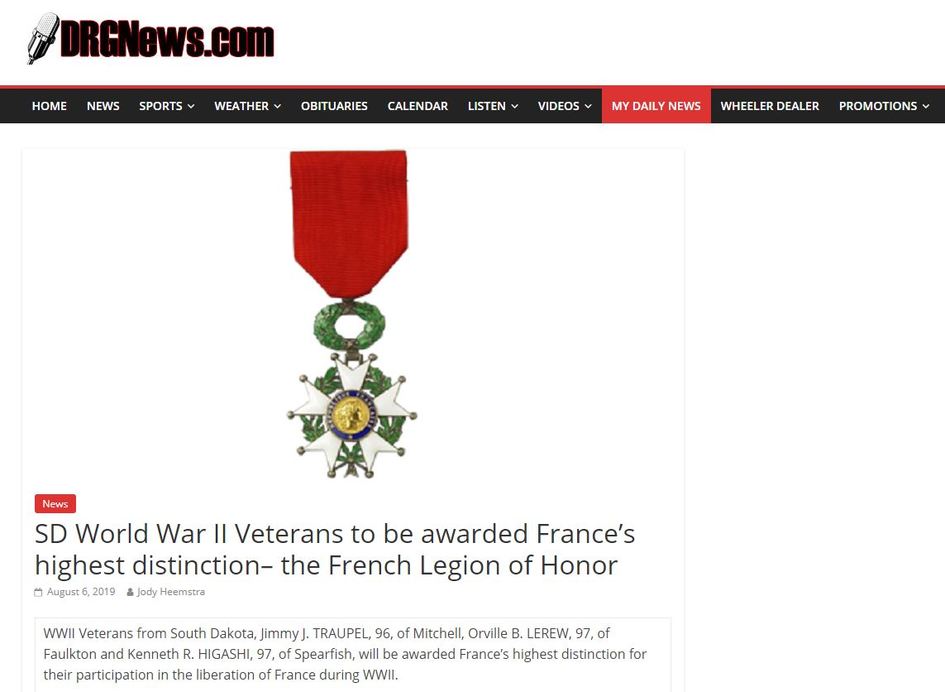 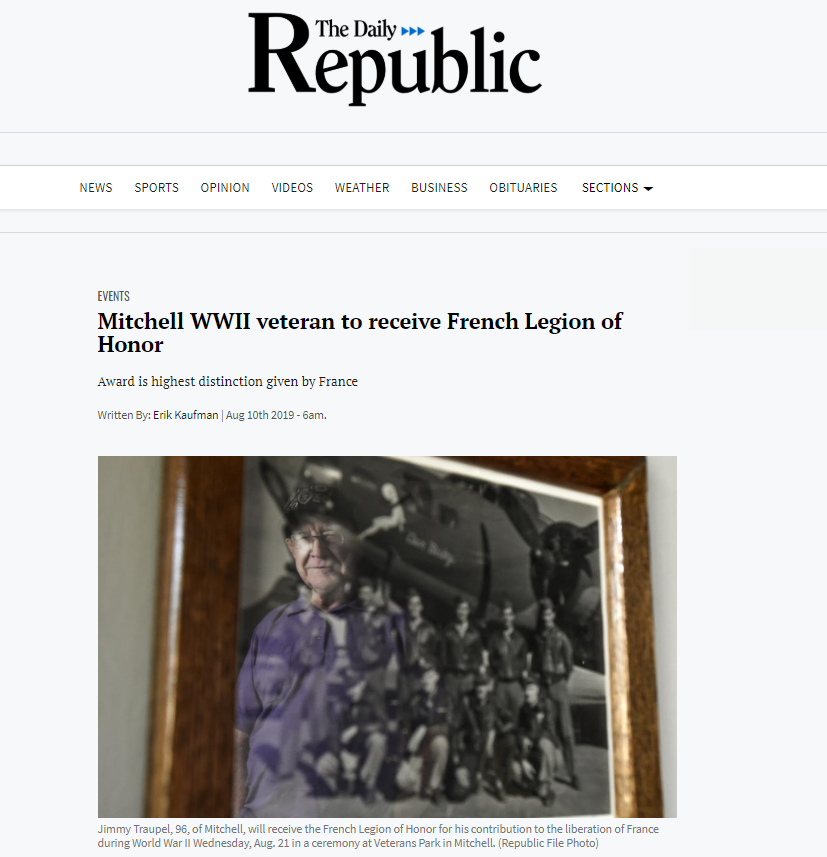