On November 10 and 11, Consul General Guillaume Lacroix made a special trip to Kansas to present the French Legion of Honor to WWII Veteran William Brecheisen Sr., 95, of Chanute, Kansas and to participate in the official Veterans Day Commemoration at the National World War I Museum and Memorial of the United States in Kansas City. Dignitaries included Rep. Emanuel Cleaver, Kansas City Mayor James Sly, and representatives from the Combined Arms Center. Consul General Lacroix was accompanied by Honorary Consul of France Cyprienne Symchowitz.

WWII Veteran William Brecheisen Sr. received the French Legion of Honor in Garnett, Kansas in the presence of Brig. Gen. Jay Selanders, Commander of the Kansas Air National Guard. The ceremony took place at the Anderson County Junior/Senior High School.
Staff Sergeant Brecheisen was called into active service 1942 at age 22. He was assigned to the 30th Regiment of the 3rd Infantry Division where he served as a machine gunner and squad leader in an anti-tank company. He landed in French Morocco in April 1943. Shortly after, he moved to Tunisia to train for amphibious warfare. He took part in three seaborne assaults during the campaigns of Italy, Sicily and Salerno in 1943, and Anzio in 1944, before the final landing in Southern France in August 1944.

His mission was to clear out enemy forces guarding the access into France from the South. Once the operation had succeeded, he was deployed northward in the Mountains of the Vosges. In November, after weeks of combat, he reached the plains of Alsace and in December the city of Strasbourg. Shortly after the capture of Strasbourg, his regiment was reassigned to the front facing the Colmar Pocket in support of the French Army where he fought until February 1945.

After successfully pushing back enemy lines and securing the western side of the Rhine River, your regiment would be attached to the newly formed XV Corps tasked as the “Spearhead” across the Rhine into Germany. Mr. Brecheisen was wounded twice in during combat in France, in November 1944 and February 1945.

For his valorous conduct in action, Mr. Brecheisen has received prestigious distinctions including the Purple Heart Medal, the Bronze Star Medal for your action in France, the Distinguished Unit Badge, the Meritorious Service Medal, the medal of the France Libérée, and finally, the prestigious French Croix de Guerre with Palm for the Battle of the Colmar Pocket. 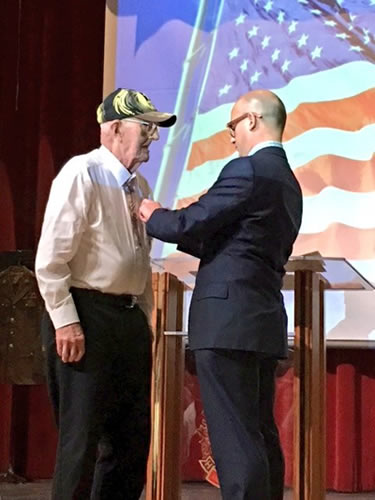 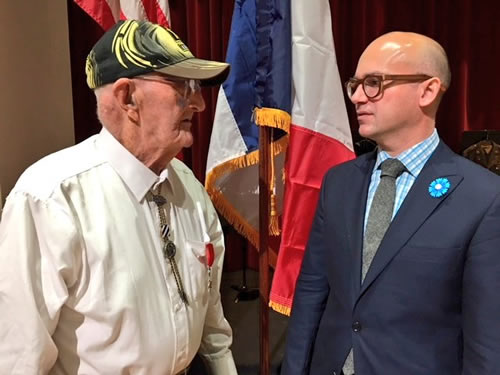 Veterans Day at the National World War I Museum and Memorial 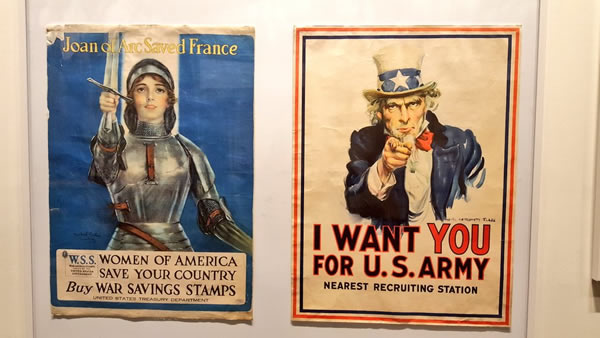