Corporal Mills entered into active service in May 1943 at the age of twenty-two. He was assigned to the 392nd Military Police Escort Guard Company. During the war, he served as a Military Policeman in North Africa, Italy, France and the Rhineland where he managed enemy prisoners of war captured by U.S field armies. He also assisted with the evacuation of POWs to North Africa, Great Britain and the U.S.

Mr. Mills landed in Oran, Algeria in March 1944 and soon was deployed to Tunisia. He supported the Rome-Arno Campaign until the summer 1944, before being deployed in France on August 15 during Operation Dragoon. When infantrymen stormed ashore in Southern France, Corporal Mills and his fellow servicemen gave invaluable support and contributed to the tactical success of the landing operation. From the combat zone, he escorted captured enemies back to Marseille to be incarcerated.

Once his mission on the Mediterranean front was accomplished, he advanced inland, following the troops northward to take part in the operations in the Alsace-Lorraine area and on the German border. His company was also a fighting force in many combat actions, and provided security support on the front line. Additional duties included reconnaissance missions, search operations, convoy and personnel escorts as well.

After the end of the war, Mr. Mills stayed in France voluntarily to assist local French communities by serving as police officer until they could reestablish a domestic police force. He remained in Europe until December of 1945 and was honorably discharged in January 1946.

Later in life, he learned to speak French, in part, because of the fond memories he had of the French people.

For his valorous conduct in action, Mr. Mills has been awarded prestigious distinctions including the European-African-Middle Eastern Campaign Medal with three bronze service stars, the WWII Victory medal, and the Good Conduct Medal. 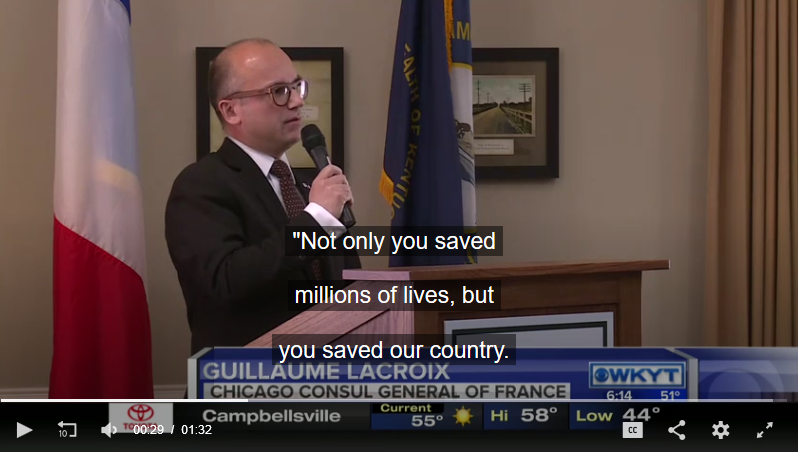 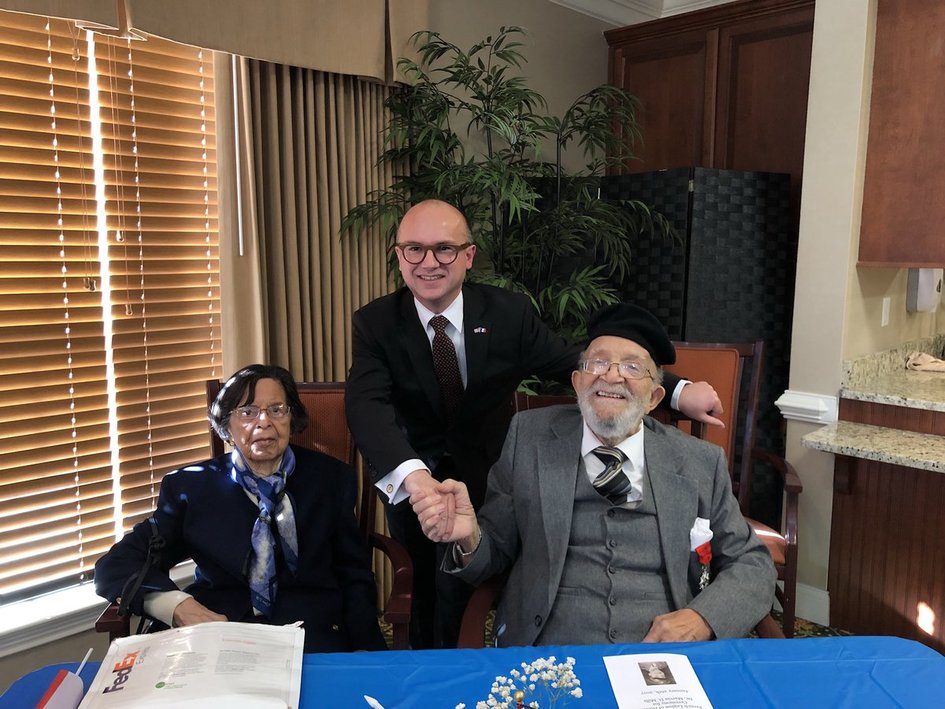 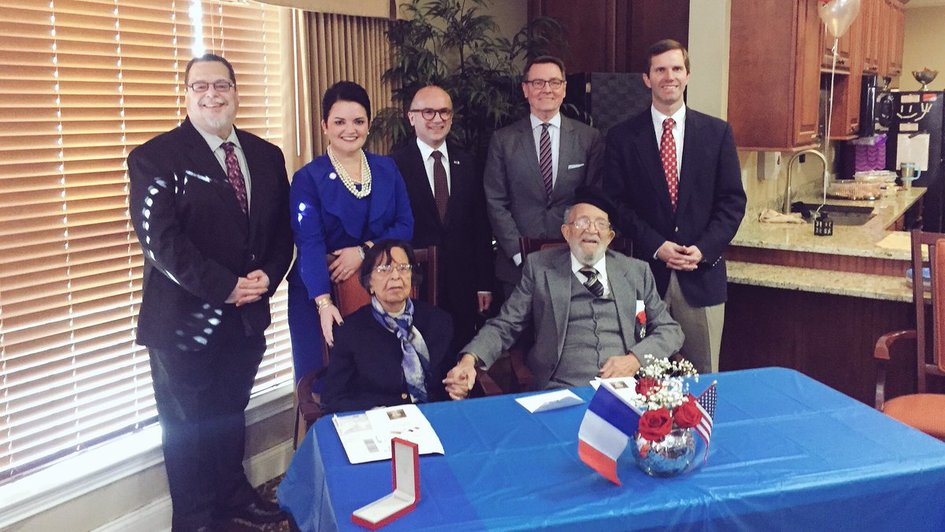 With Mayor Jim Gray of Lexington, Attorney General Andy Beshear and Ass. Secretary Thurston, together with Eunice and Todd Mills. 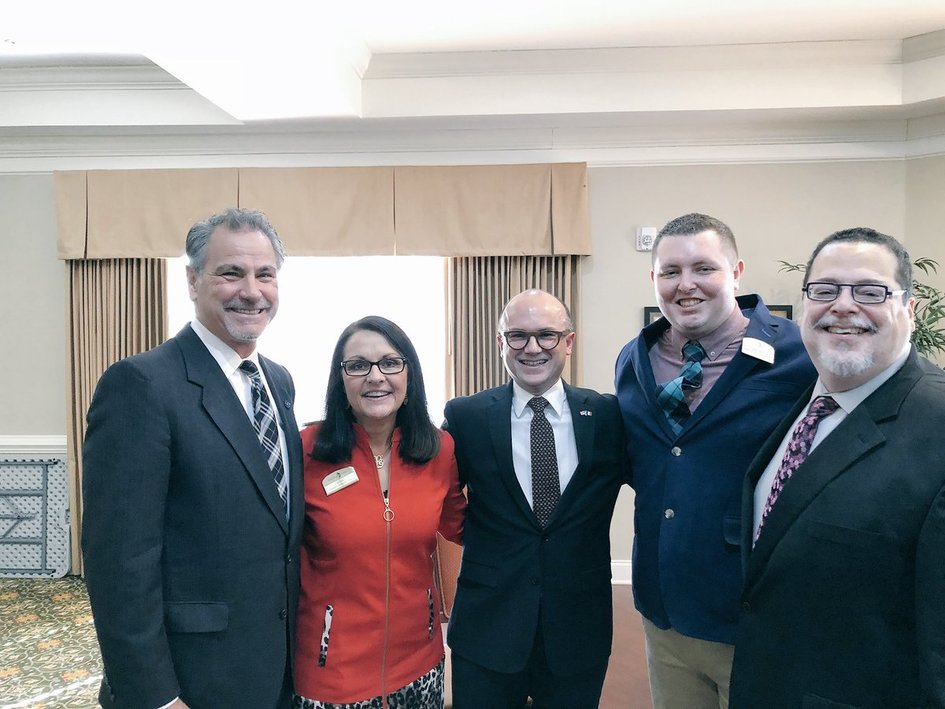 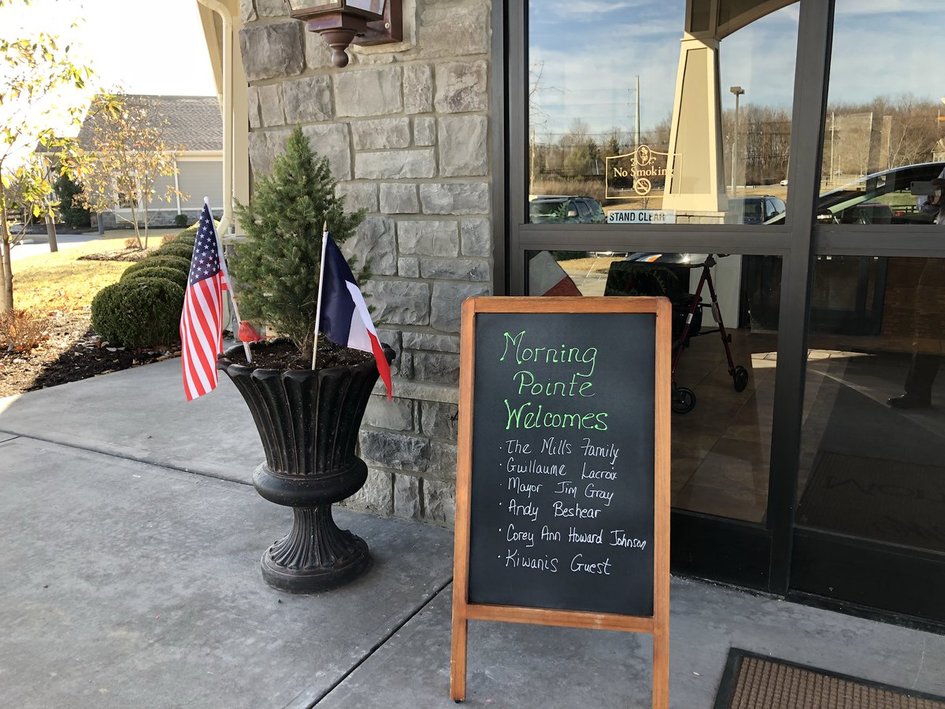