Home > Lynne Ostfeld, Attorney at Law, Knight of the French Order of (...)

Lynne Ostfeld, Attorney at Law, Knight of the French Order of Merit

Chicago (IL). Remarks by Consul general of France Vincent Floreani on the occasion of the presentation of the insignia of Knight in the French National Order of Merit to Lynne Ostfeld. Chicago, June 29th, 2017 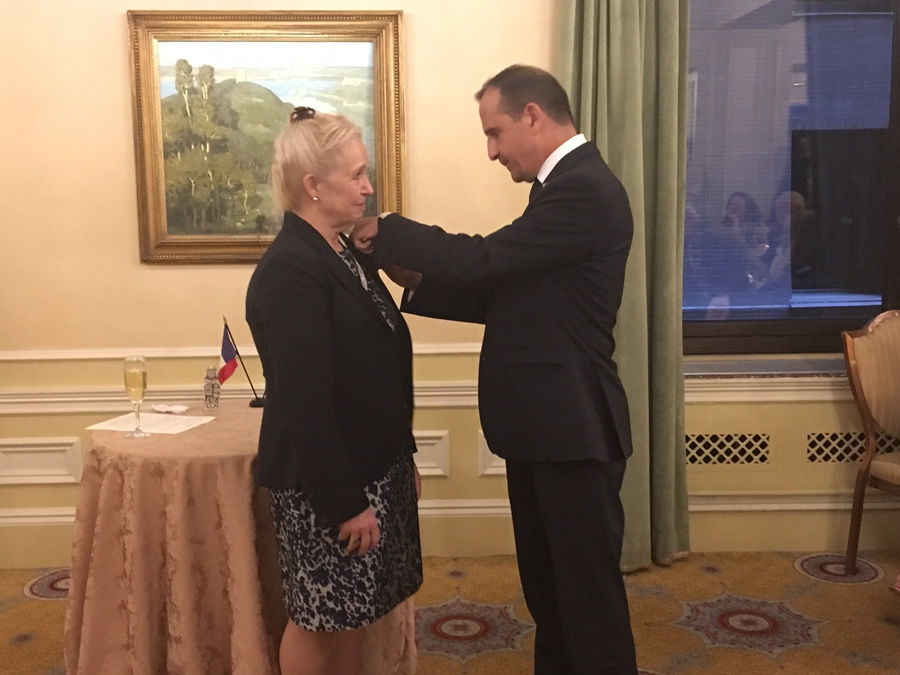 Dear Mrs. Lynne Ostfeld, Dear family and friends, Ladies and gentlemen, Welcome to all of you,

It is my honor and a real pleasure to be here tonight for a very special event, the presentation of the French Order of Merit to Mrs. Lynne Ostfeld.

Before proceeding, let me say a few words about the French Order of Merit. Created in 1963 by former President Charles De Gaulle it is one of France’s most prestigious distinctions. It highlights the achievements and contributions of the recipient to France.

This award has been bestowed upon French citizens and foreign nationals alike including statesmen, scientists, academics, artists and executives.

You are, dear Lynne, an ambassador of the French language, and you have used your knowledge of French to promote justice and respect of human rights.

Your interest, dedication and your passion for France and the French language, are rooted back to your childhood. When you were just 10 years old, you started learning French. Later in the seventies, you graduated from the University of Illinois with a Bachelor’s in French Language. That was followed two years later by an educational Master’s Degree in French, before your PhD.

Ever since, you have been active in building bridges between France and the U.S. You have volunteered countless hours to help French expats in the Midwest. As a lawyer, you have been invaluable in detangling and solving delicate legal situations including child custody and fraud. You have played a major role in emergency situations like forced child displacement.

You are a constant and dynamic link between the Consulate and American judiciary officials. Thanks to you and your precious resources, many officers from our Consulate were able to navigate the American judiciary system with more ease. Your generosity with your time and efforts is priceless to us. On a more personal note, I’m very grateful for that.

You were instrumental in the acquisition of the General Consul’s residence in 2015, which was not an easy task, to say the least. You also helped me understand sensitive issues regarding sad events during the Nazi era. And you took the time to help me observe the electoral process last year and to meet officials involved in the supervision of the elections.

Furthermore, your career has taken you to France on many occasions. As a member of the AKPR law firm based in Paris and Vincennes, your expertise in corporate law has greatly facilitated commercial transactions between France and the US.

Dear Lynne, beyond French and justice issues, you have another passion: agriculture: With your family, you manage several farms in Illinois and you assist clients from the farming community with a wide range of issues.

We are very appreciative for your support and assistance over the years to organize many meetings and field visits for high level officials including the French Minister of Agriculture, the French Ambassador to the US, and other government representatives to discuss agriculture policies and related issues.

This evening, France is recognizing in you a real friend of our country and a fervent support of the links between France and the Midwest.

Your enthusiasm to share your extensive knowledge of the justice systems, from the help you give to individuals in need, to your tireless service to educate and inform, have been a great asset to France.

I would like to express our admiration for your passion and dedication to help France in the Midwest. The French community, in particular in Chicago, could not be more grateful for your tremendous support. 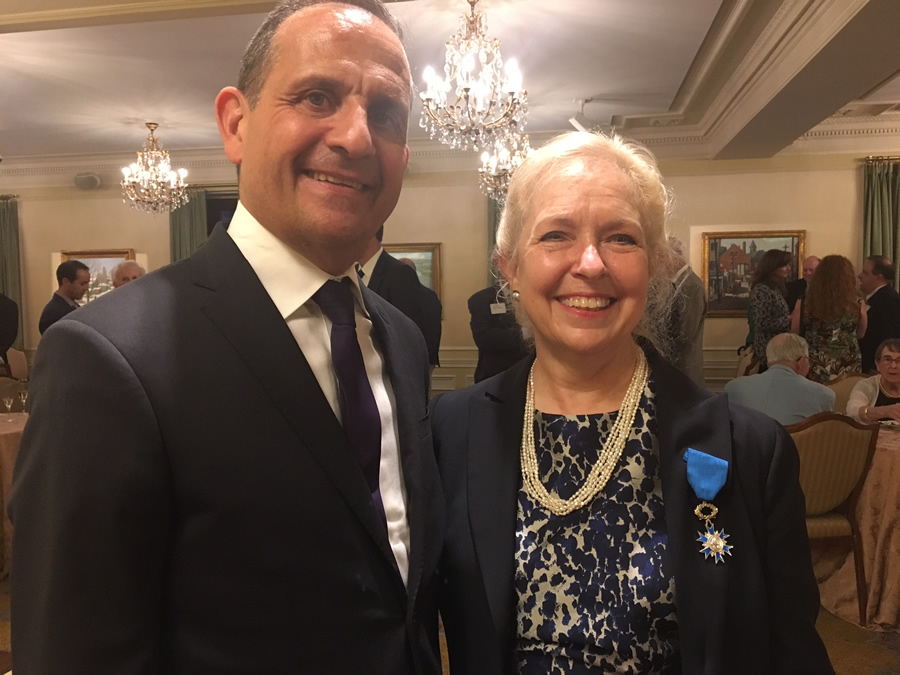