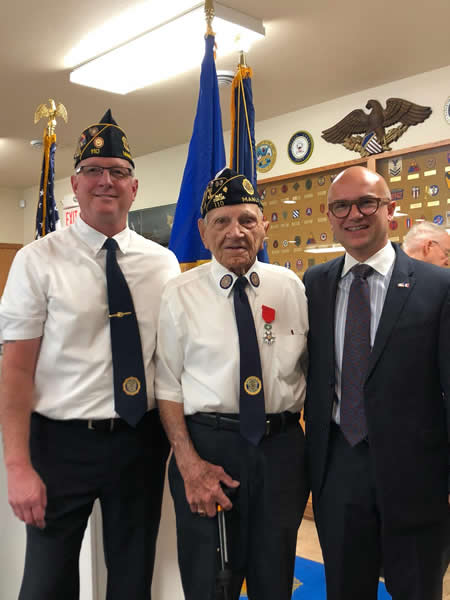 On October 9, Consul General Lacroix presented the Legion of Honor to WWII veteran Marcus Bartusek, 93, in Manly, Iowa. The ceremony took place at the Edward Tosel American Legion Post in the presence of family members, friends, as well Matthew Rector representing U.S. Senator Chuck Grassley. Marcus Bartusek, known in his hometown of Manly as “Stub,” was part of the 106th Infantry Division. He fought in Northern France, the Ardennes, the Rhineland and Central Europe.

Mr. Bartusek was born in Manly, Iowa in 1925. He entered into active service in December 1943, at the age of 18. At the time, he was still a student in high school. Although he left school early to be drafted, he still had earned enough credits to graduate.

Mr. Bartusek joined the 106th Infantry Division, 424th Infantry Regiment and served in four major campaigns: Northern France, the Ardennes, the Rhineland and Central Europe. During his service in France, he fought at 3 different times, in 3 different locations.

His division entered France on December 6, 1944 through Le Havre. He remained there for a week before heading to the front on the Siegfried Line on the boarder of Belgium and Germany on December 11, 1944.

This was just a few days, even hours from the beginning of the Battle of the Bulge. Mr. Bartusek kept a vivid memory of this time, in particular of the attacks on Christmas Eve and Christmas Day of 1944. In March 1945, his division was back to Saint Quentin to rest and train the troops.

Mr. Bartusek moved to Rennes on April 6, 1945. From there, he fought in the vicinity of Saint Nazaire and along the Brittany coastline to remove Nazi pockets of resistance. It was known as “the “forgotten war” against the enemy strongholds in the Lorient and Saint Nazaire area.

After weeks of operations in Germany, where he handled Nazi soldiers who had surrendered, he returned to France where he guarded government trains and material that were running back and forth between Paris and Antwerp. Mr. Bartusek left Europe in March 1946 and was honorably discharged on March, 21 1946.

Corporal Bartuzek has received numerous decorations and citations including, the Bronze Star Medal, the European African Middle Eastern Campaign Medal with four Battle Stars, the Army of Occupation Medal, and the Belgian Fourragère.

In 2016, Mr. Bartusek and his family went on a battlefields tour in Normandy, Germany, Belgium, and Luxembourg. There, he was approached by many people asking him for photos, autographs and hugs.

MANLY | As a medal for France’s highest distinction was pinned to his chest, a 93-year-old Manly World War II veteran said all he could do was think of others. "I was thinking of all my buddies before me who couldn’t have this honor they deserved," Marcus "Stub" Bartusek told the Globe Gazette. "They gave their lives. It leaves me one of the lucky ones." [Read more...] 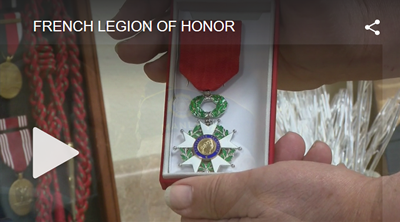 Today, a north Iowa man was honored for his contributions during one of the most turbulent times in our history. "The Order of the French Legion of Honor is the highest order that does exist in France," said Guillaume Lacroix, French Consul General based in Chicago.[Watch/Read more...]

A World War II veteran from Iowa was awarded Tuesday with France’s highest distinction for his actions nearly 74 years ago. [Listen/read more...] 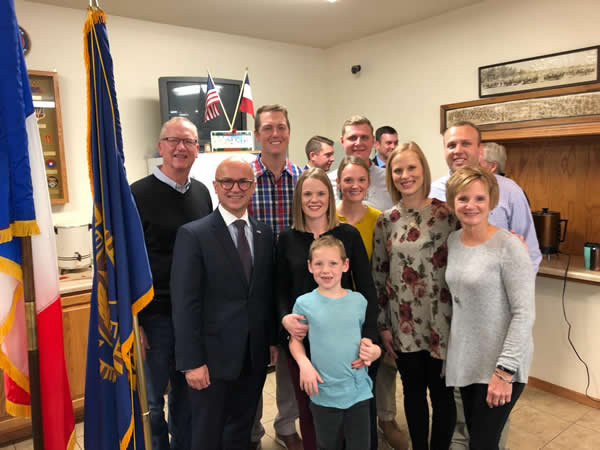 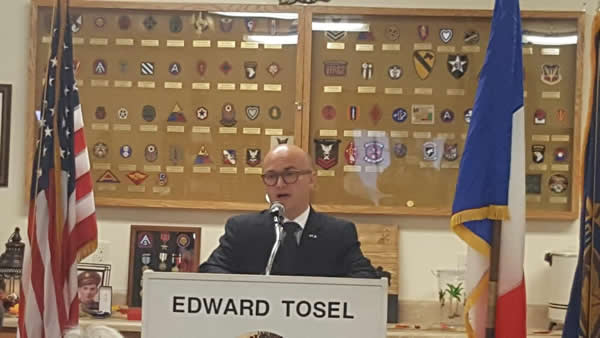 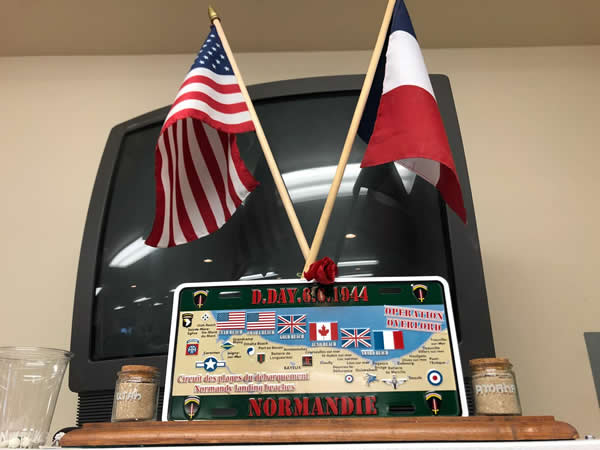 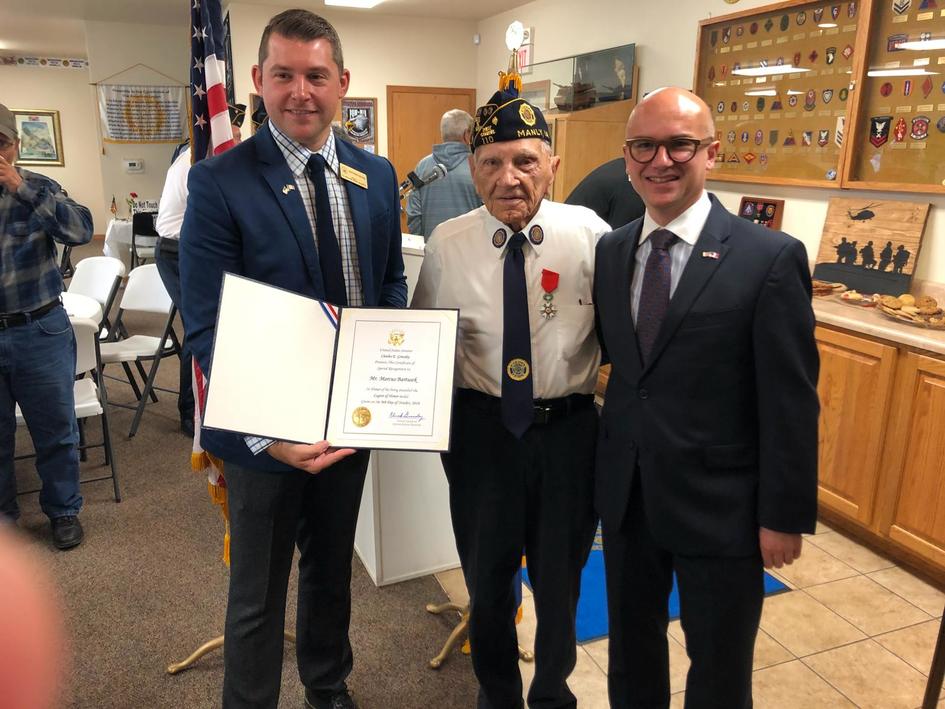 On October 8th, Army Pvt. Donald Brown, from Thomson, Iowa, was honored by military and local authorities to mark the return of his remains to his hometown. Donald Brown died in action in Normandy during World War II and was buried as an unknown at an American military cemetery in France until he was recently identified.

Remains of World War II Who Died in France Returned to Iowa AP - Oct. 8, 2018THOMPSON, Iowa (AP) — The remains of a U.S. soldier who died fighting in World War II have been returned to his native Iowa more than 70 years after he was buried as an unknown at an American military cemetery in France. Iowa Army National Guard members fired a 21-gun salute on Saturday to honor Army Pvt. Donald Brown, who was buried at a cemetery in Thompson, the Mason City Globe Gazette reported. Brown joined the Army in 1942 and died two years later when his tank was destroyed by enemy fire near Cambernon, France. He was 24 at the time and his remains couldn’t be identified. [Read more...]