Remarks by Consul General Vincent Floreani, on the occasion of the presentation ceremony of the distinction of Knight of the Legion of Honor to Molly Swart, Senior Trade Advisor, Automotive, French Embassy Trade Office - Business France Detroit . (August 23, 2017).

It is an immense pleasure to be here today in Detroit, on this beautiful summer day, in the company of your family, your friends, and your colleagues, to bestow upon you the medal of the Legion of Honor.

The Legion of Honor is France’s highest distinction.

The order was created in 1802, 215 years ago, by Napoleon Bonaparte to reward those - civilians as well as military personnel- who have provided eminent service to France.

Molly, you fully deserve this medal. Your dedication and effectiveness in strengthening economic relations between France and the United States are exemplary and unanimously recognized.

It would take a long time to list all of the reasons why the French president has chosen to bestow upon you the highest French distinction, and why I have come from Chicago, together with Laurence Grelet and Georges Ucko, to present this honor, today. Allow me to list just three of them:

I will start with your connection to French language and culture.

From a very young age, you have had a fondness of the French language.

Your parents, both teachers, insisted that you learn a foreign language, and you chose French.

At Albion College, you pursued a minor in French. Later, this led to being awarded an Ambassador Scholarship from Rotary International and being accepted into l’Universite de Sciences Sociales in Toulouse.

You spent two years in “la Ville Rose”, one of France’s most beautiful cities, where you received your law degree.

With the language came a passion for French culture. From the French, it seems you acquired your spirited driving skills, which ministers, ambassadors, and all the consuls general in the last thirty years have appreciated from your passenger seat on the roads of your dearest Michigan.

You also love French cars, and regret that, despite your best efforts, there are no Peugeot or Renault cars in the streets of Detroit, a city founded by a French man, Monsieur Antoine de Lamothe-Cadillac.

You have returned several times to France: alone, with your husband David for your three week honeymoon, and with your children Mallory and Cameron. You have passed on to them your love for France and your desire to visit often.

Now, allow me to mention your dedication to solidifying economic ties between France and the United States.

Returning from France, you held several positions, notably with the American Motor Corporation and

the French automobile company, Renault. It is in this context that you joined the French Trade Office in Detroit and have stayed with them through numerous transformations: postes d’expansion economiques, UbiFrance and now Business France.

In these positions, you worked to help French companies establish themselves in the region you love so much. You were one of the founders of the French American Automotive Business Association (FAABA) and managed the Association.

You have dedicated your time and energy to building relationships with French companies in your region. Between 2003 and 2006, you and your previous director, Arnaud Leretour, visited all 130 French businesses based in Michigan.

This gives you unparalleled insight into the economic fabric of France. You are recognized as one of the top experts of the automobile industry in all of France.

I can also testify that you are one of the best guides of Michigan. Additionally, in 2006, you published a book titled “The United States Automobile Market” with a repertoire of principal manufacturers.

Many business leaders, present here this evening, can attest of the pivotal role you played in their success. I could mention for exemple Xavier Ovize, CEO of the very successful Adduxi, and Pierre Bourgin, Manager of Navya, a world leader in driverless shuttles.

Without you, our French manufacturers would have never been able to tap into the American automobile market to the extent that they currently have. This strong French presence is in large part the result of your tireless efforts.

Over the years, you have built a reputation for trust and competency in a field where women are still outnumbered. Two years ago, I had the privilege to honor another woman, Françoise Colpron, president of Valeo North America, a remarkable industry leader.

Dear Molly, I could not be happier to commend your enthusiasm and dedication.

Finally, dear Molly, and this is my third point, outside of these extraordinary successes, what everyone points out is your humility and graciousness.

You are very close to your family, and your children have a very important place in your life. You never miss a chance to speak about them lovingly.

You treat French businesses like your children: never putting yourself first, and always joyful of their successes.

Your colleagues rave about you.

I really think that I accepted the job at the Mission Economique in 2006 because I knew I would be working with you and that it would be a real pleasure. The last eleven years have only proven me right.

It has been an honor and privilege to benefit from your experience, your professionalism and your kindness, of which there is no shortage.

I am so happy that this decoration, the highest of my country, will be awarded to you.

The outstanding work you have done over so many years at the service of our businesses is finally acknowledged as it should be.

I have been witness to the unfailing commitment you have shown to us.

Congratulations, Molly. I will be with you in spirit on this day.

From Moscow, Pierric Bonnard, Director of Business France in Russia has written:

Molly is a key player in Franco-American relations and for everyone who has known her, her smile will always be associated with the memory of a trip to Michigan.

I have received countless messages of appreciation among which two of your current bosses.

Henri Baissas, Head of Business France North America, and Laurence Grelet, Head of Business France in Chicago, told me how pleased and proud of you they are, how much they cherish your dedication to building bridges between the French and the American auto industries and recognize your expertise, professionalism and enthusiasm that have contributed to countless success of French-American partnership.

Dear Molly, a big thank you from the bottom of our hearts. 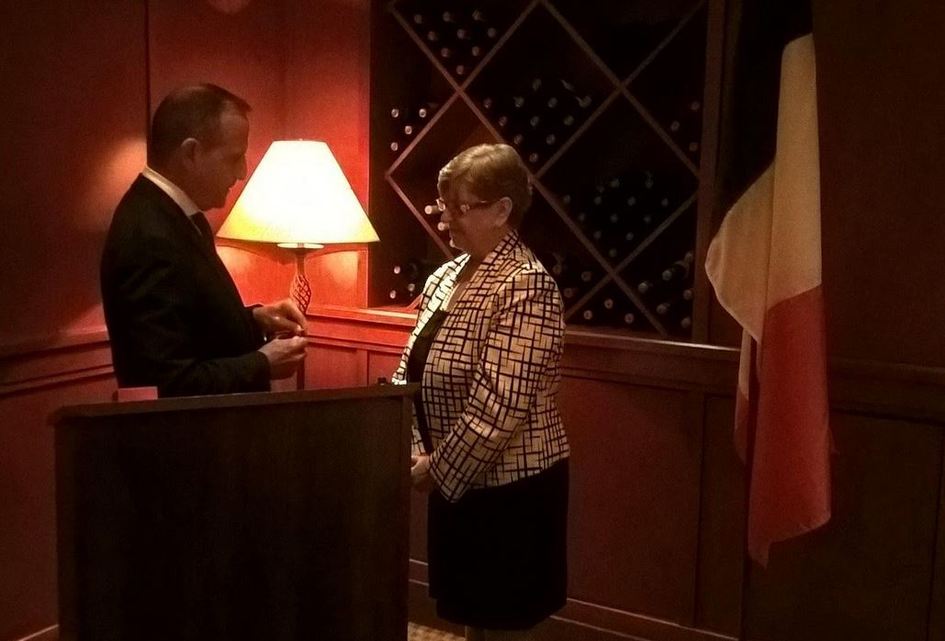 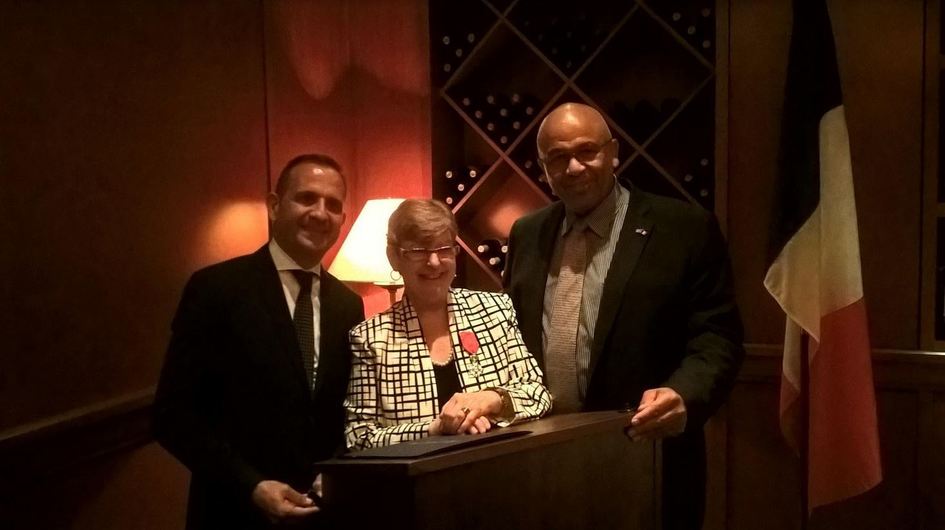 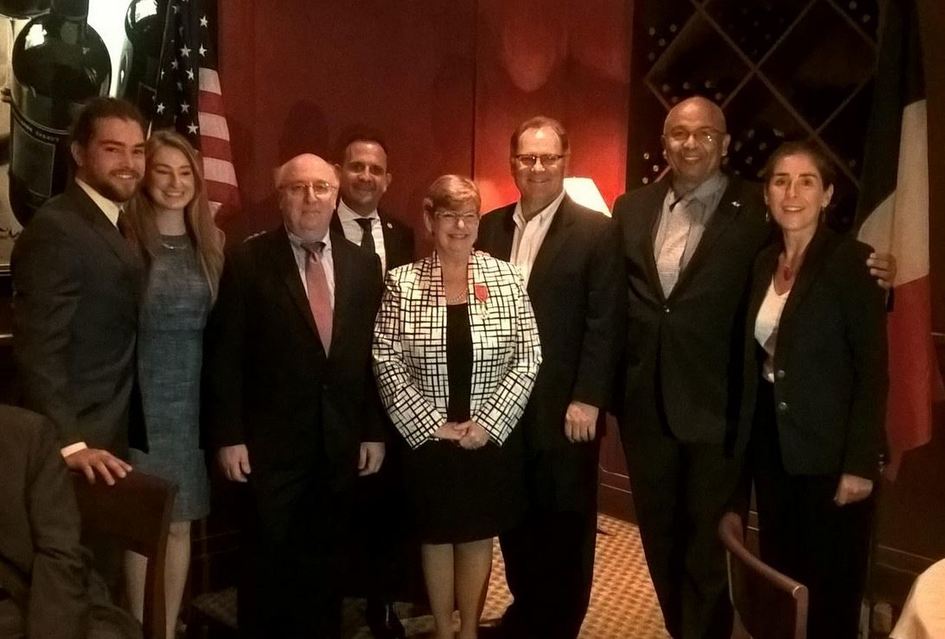