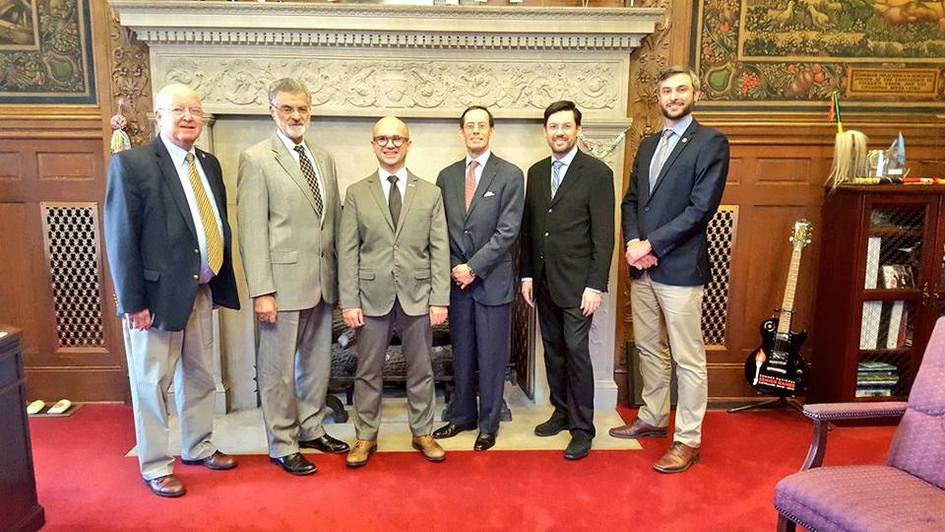 On November 20-21, 2017, Consul General, Guillaume Lacroix, made his first trip to Cleveland (OH). On this occasion, he met Mayor Franck G. Jackson and representatives of the City of Cleveland. They discussed possible avenues of cooperation. The Cleveland-Akron-Canton combined area has a population of 3.5 million and it is currently the 15th largest largest in the country. It offers interesting economic perspectives. It is a city of entrepreneurs (the Rockefeller adventure started in Cleveland), a city of scientific research (medical innovation for instance), sports (basketball in particular with the Cleveland Cavaliers) and a city of music, it is the official Rock & Roll capital (home of the Rock & Roll Hall of Fame).

They also discussed the Sister City partnership between Cleveland and Rouen (Quevilly Rouen Metropole) in Normandy which is one of the most dynamic in the country. 2018 will mark the 10th anniversary of the signing of the agreement.

A number of events will take place throughout the year, including a garden party open to the public on July 14th for Bastille Day, with food stands presented by chefs from Cleveland and Rouen, the Institut Nationale de la Boulangerie Pâtisserie (INBP), and other local partners. The Conservatory of Rouen jazz band will hold concerts in partnership with the Cleveland Pops Orchestra. There will also be economic and business delegations for professional meetings in partnership with Rouen Normandy Invest (RNI) and the FACC Ohio.

During his visit at the Mayor’s Office, Mr. Lacroix was accompanied by Dick Erickson, President of the French-American Chamber of Commerce and, Cédric Le Rouge, Director, as well as Honorary Consul of France Stephen Knerly.

Consul General Lacroix also visited Case Western Reserve University where he met students and staff involved in CWRU’s Slow Food club, which recently received an award from the French government. Slow Food promotes local and sustainable food production, with an aim of “good, clean and fair food practices,” according to Danielle Kulpins, president of the club. Case Western Reserve University is aiming to have 30 percent “real food” by 2020 through a partnership with Slow Food at CWRU, Bon Appétit and the Real Food Challenge (RFC). RFC is a nationwide effort for colleges to move at least 20 percent of the money spent on food in dining halls to “real food” that supports local markets and sustainable food.

Part of the trip was also dedicated to the exploration of one of city’s most prestigious institutions the Cleveland Museum of Art. The museum houses a diverse permanent collection of more than 45,000 works of art from around the world including French masterpieces. The museum is now presenting Rodin—100 Years to mark the centennial of Rodin’s death. On display through May 13th, 2018, the exhibit features works from the museum’s own collection. The museum is also a member of the French Regional American Museum Exchange (FRAME))

Finally, Consul General Lacroix traveled to Dover, OH to present the Legion of Honor to WWII Veteran Jeese Reese in the presence of many distinguished guests including OH Representative Al Landis and Dover Mayor Richard Homrighausen. During the war, Mr. Reese was assigned to the 337th Bombardment Squadron of the 96th Bomb Group, 8th Air Force. 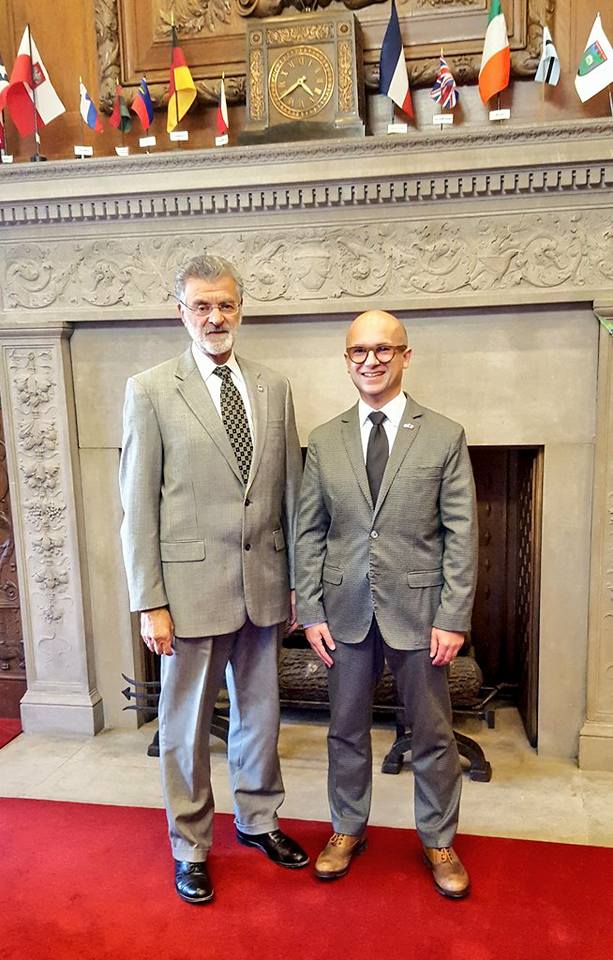 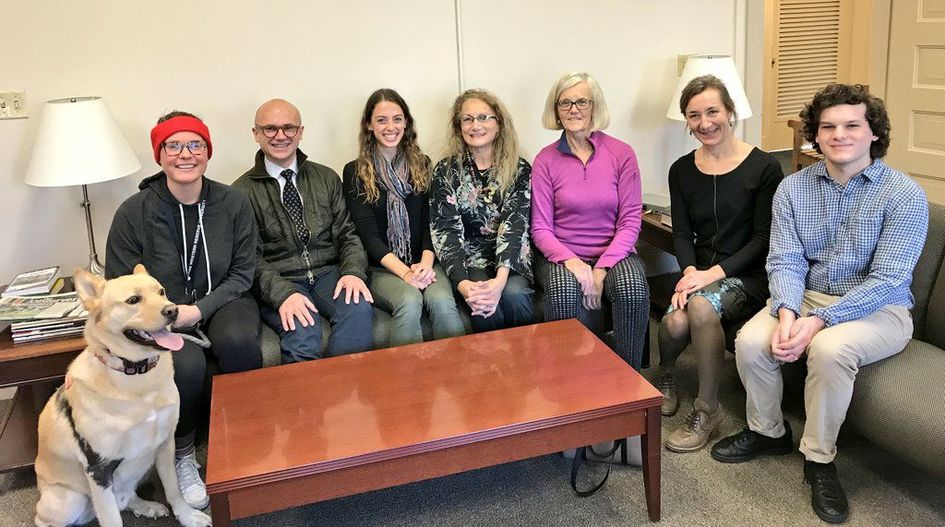 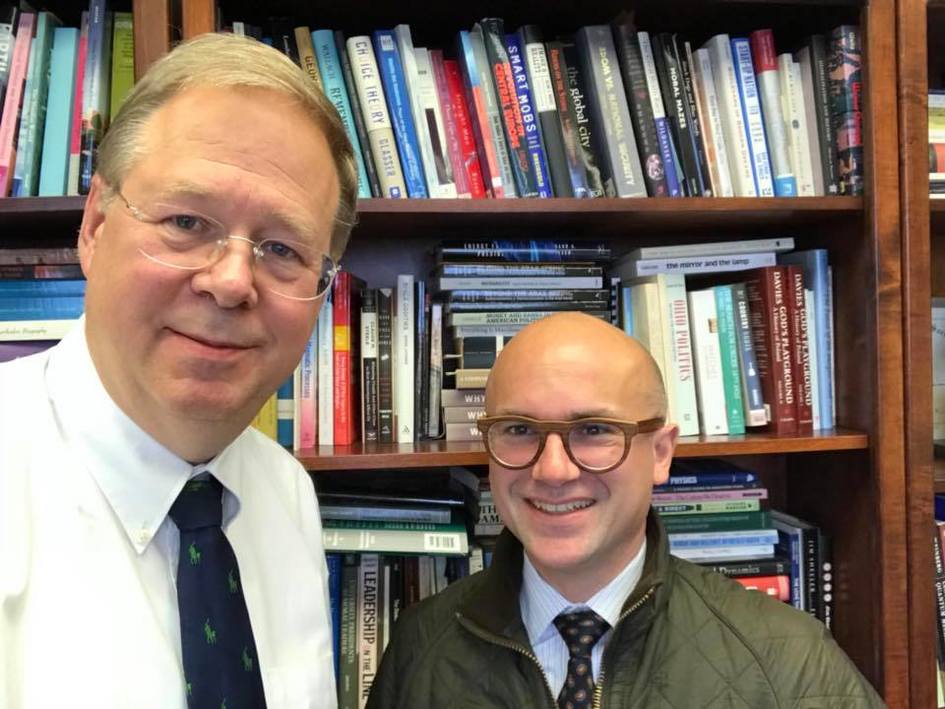 Guillaume Lacroix and Cyrus Taylor, Dean of Arts and Sciences and Albert A. Michelson Professor in Physics at CWRU 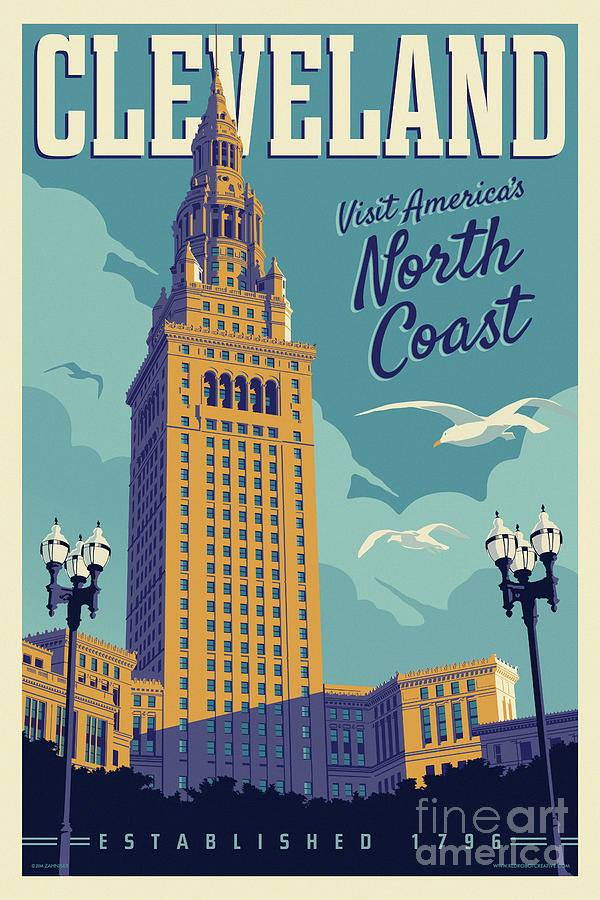