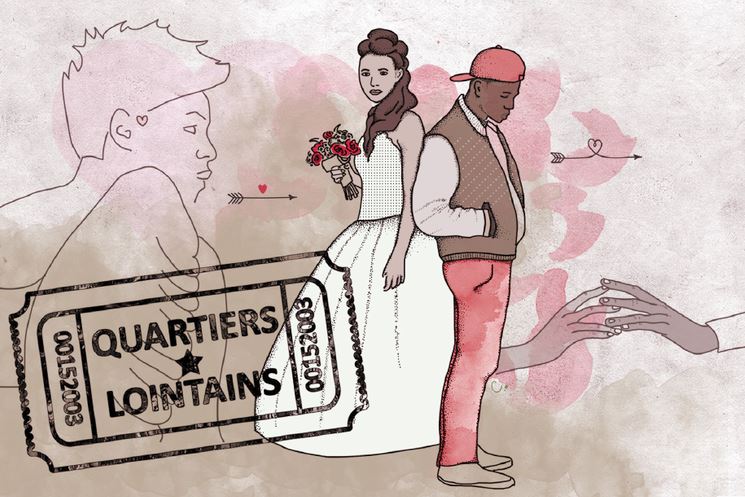 After critically acclaimed runs in both France and parts of the African continent, the Quartiers Lointains short films series is touring for the first time the US with two special guests: founder and curator Claire Diao and filmmaker Alice Diop. The four outstanding shorts from young French-African filmmakers: Yohann Kouam, Jean-Charles Mbotti Malolo, Zangro, and Alice Diop will be presented at the New York African Film Festival, the Detroit Museum of Contemporary Art (MOCAD), the Minneapolis-Saint Paul Film Society and the Black Cinema House in Chicago.

“Paris, ooh la la!” “Voulez-vous coucher avec moi?” Declaimed in the language of Molière, these sentences do not fail to impact when speaking of France abroad, because love is part of the French culture, and emerging filmmakers emerging in the country do not fail to deal with it. Through the male sexual confusion of Yohann Kouam’s The Return, dancing bodies and timidity in Jean-Charles Mbotti Malolo’s The Sense of Touch, the complexity of traditional weddings in Zangro’s Destino, and also through the difficulty to love that Alice Diop interrogates in Towards Tenderness. The films shake us, move us, and amaze us by seizing a French feeling—but so universal—LOVE!.

The Return / Le Retour Yohann Kouam, France, 2013, 22m French with English subtitles When the older brother he idolizes comes back home after a year away, Willy realizes that he doesn’t know him as well as he thought. An NYFF52 selection.

The Sense of Touch / Le sens du toucher Jean-Charles Mbotti Malolo, France, 2015, 15m Chloe and Louis are deaf and mute. They are also secretly in love, but they don’t admit it. Their gestures are substitutes for words, and as they dance, each word is choreography.

Destino Zangro, France, 2015, 26m French with English subtitles Two young guys from the neighborhood, Loïc and Mehdi, have set up a little business filming Arabic wedding celebrations and then editing them in the “audiovisual laboratory” in their minivan. But when Mehdi starts to film the marriage of his pretty ex-girlfriend, fate steps in.

Towards Tenderness / Vers la tendresse Alice Diop, France, 2015, 40m French with English subtitles An intimate exploration of a masculine territory in a French suburb, Towards Tenderness follows a group of vagrant men, while a universe is revealed where female bodies are nothing more than ghostly and virtual silhouettes.

> In attendance of Claire Diao

> In attendance of Claire Diao