Congratulations to Holly! Thank you for sharing your family’s adventures around Strasbourg

We stayed in Strasbourg in Alsace and traveled within the area while my son attended a French summer school in the town’s civic center where he camped in the Foret Noire (Black Forest), attended plays, played basketball, was in a performance, went to museums and just hung out doing arts and crafts. The immersion was fantastic as were the people of Strasbourg. 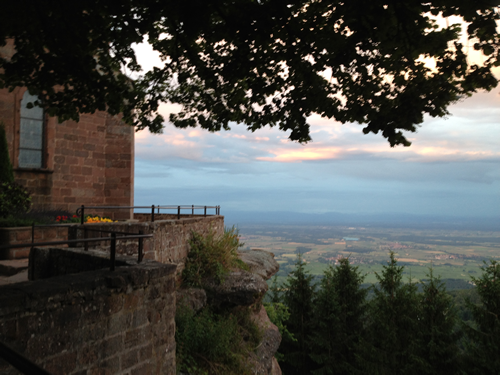 We learned all about Malgre-Nous during the occupation of the Germans in France which was very complex and heartbreaking. One should see the Maginot Line with their own eyes to reflect on war and how even the best plans can go awry. The bunkers are really very fascinating and there are several to chose.

We did day trips to Mulhouse and saw one of the most fabulous car museums in the world. There were over 500 antique automobiles: from steam to electric engines with an emphasis on Bugattis. 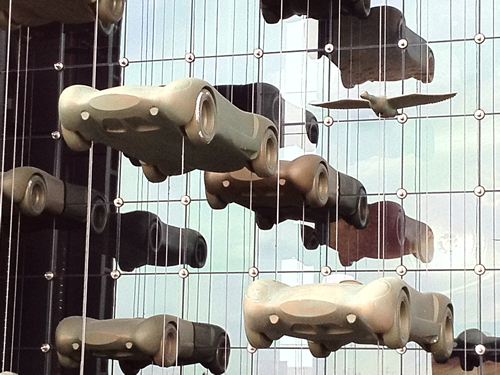 We enjoyed a humane 14th of Julliet (Bastille Day) in the park watching the fireworks overhead with a local band compared to packed Paris. It was a treat to stretch out on the grass and picnic, buy sweets and treats from vendors and see the fireworks fly. There was a military parade in the town square that put everyone in a reflective mood prior to the frivolity of the fireworks. At midnight the Strasbourg Cathedral was lit with a wonderful light show of it’s own and we got to wander back to our apartment and enjoy the warm summer night air. Strasbourg is known for the Christmas Markets but it should also be enjoyed in the summer to see L’Orangerie where you can rent a boat and row the lake with swans, enjoy all the storks which are famous in the region, see the exotic animals in the small zoo and wander the gardens. 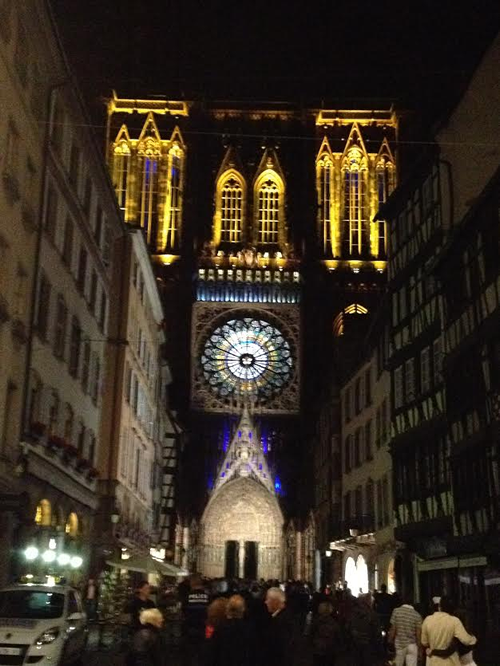 Saverne is near to Strasbourg and is a little jewel set on the edge of the Vosges with the history to capture the Alsace region both German and French and of its own. We traveled up to St. Alexis for a hike with a hermitage to enjoy our lunch. We went to Riquewihr and Colmar which were both lovely for a day visit. And one should travel to the patron saint of Alsace’s home, to the Abbey of St. Odile to enjoy the beautiful views and have a meal at sunset and the valley becomes dark. You can hear the choir signing vespers as the fading light dims. 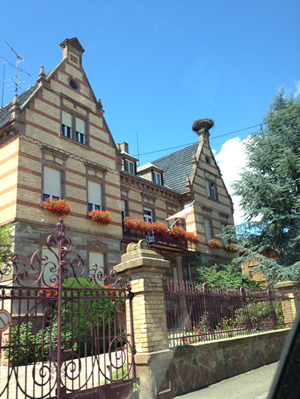 Alsace has almost too many castles to mention mention as it is so close to the German border there are times you can be confused which side you are on until you look at the road signs. On should climb every mountain just to see if there is a crumbling or preserved castle on top. Chances are good.

Alsace is food, language, and sense of place. Although much of Alsace has been both German and French, it has a culture that is its own. It has a quieter pace than Paris and isn’t by the sea like Brittany or Nice. However, it holds its own special charms even without the Christmas Markets. 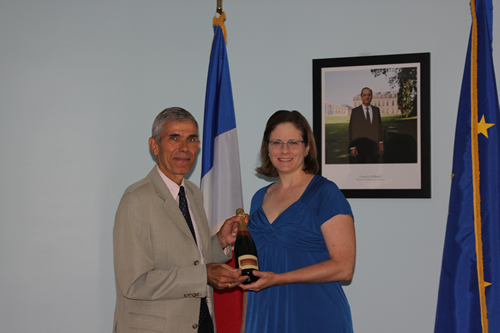