Congratulations to Barbara and Phil from Omaha, Nebraska for sharing their experience in a small village named St. Nicolas-de-la-Grave in Tarn-et-Garonne.

Fifty years ago, three young men shared an apartment in South Pasadena, California. They spent the intervening years going their separate ways but, staying in touch and having occasional, periodic visits even though many miles separated them. 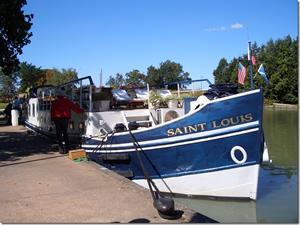 Fifty years later, the three not-so-young men and their wives chartered a three-bedroom barge, titled The Saint Louis. We spent a week of fine wining, dining, laughing and reminiscing through the Southwest of France.

Vineyards, fields of sunflowers, and sunshine filled our days. Our mornings included walks to the closest village bakery to get fresh bread for the day.

Afternoons were filled with trips to villages, churches, wineries and the magnificent countryside. There was always laughter and memories shared. The week was a treasure and a-once-in-a-lifetime experience. 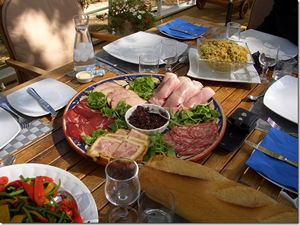 One day our host, the barge owner, announced that because we were Americans he would take us on a special excursion, of which he would not explain.

After lunch we got in the van and took off. After many miles, we entered a small village named St Nicolas-de-la-Grave in Tarn-et-Garonne.We were instructed to stay in or near the van while he “went to the local village hall to see if the girl with the key was there.” After a few minutes, he returned with a young woman. We accompanied them to a small ancient home.

We entered and the young lady began a lecture. It turned out it was the birth place of a man who, later, declared himself a baron (which one cannot do) and ended up going to America, passed through a straight of land between two bodies of water in what is now Michigan and which he named Detroit (meaning an area of land between two areas of water) and continued on to New Orleans.

He returned to France where the King was not happy with him. He had named himself The Baron of Cadillac, which is the name of an automobile today. Twenty or thirty years ago a group of women from Detroit visited the village and donated $20,000 to create a museum in the house of Cadillac. 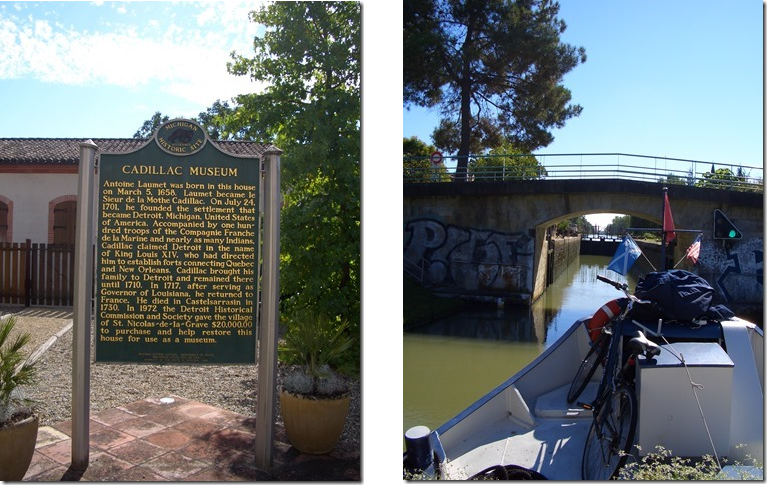 It was, indeed a special day for us, the visiting Americans.

The entire trip was a-once-in-a-lifetime experience and a superb memory. Vive la France. 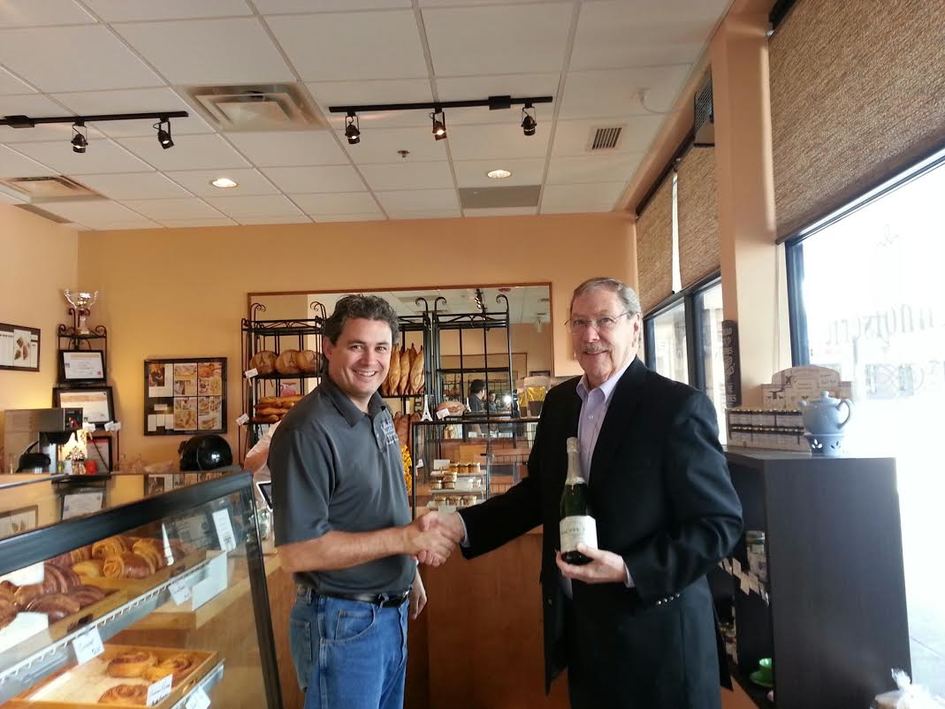 Phil receives his prize, a bottle of Champagne, from Cedric Fichepain, Honorary Consul of France and Executive Chef & Owner of Le Voltaire Restaurant and Le Petit Paris Bakery in Omaha.