Congratulations to Chris from Kansas City, Missouri. Thank you for sharing your adventure at different monuments in Lyon, France. 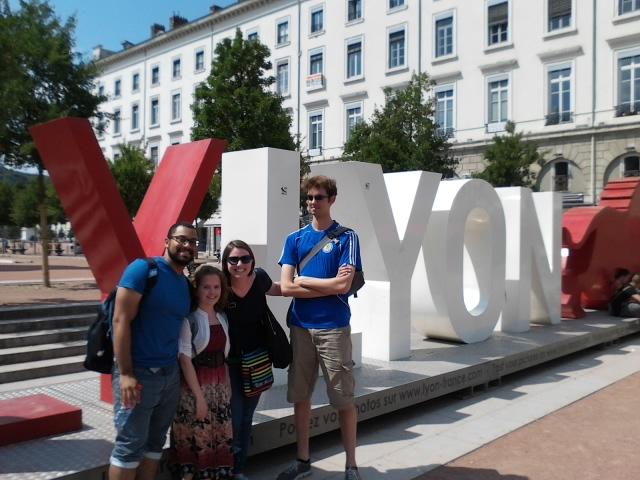 I had the opportunity to study at a university in Lyon, France this past summer and since it was the first time I had ever traveled to Europe, the experience was one that I will never forget! My host family lived in the premier arrondissement which is located on a peninsula between the Saône and Rhône Rivers. This peninsula is the heart of the city, being filled with museums, cafés, shopping, and home to the largest open square in Europe: la place Bellecour. You’re bound to find something of interest in this ancient city that can date its history back to 43 B.C. when it was founded as a colony by the ancient Romans. Back then the city was known as Lugdunum. When I wasn’t in class learning about the French language, history, or culture, I was out in the city experiencing it first-hand.

It’s certainly a strange and humbling feeling to stand in the very spot that was once inhabited by an ancient civilization with a very different worldview. I visited the Roman theater on Fourvière Hill which is open to the public and accessible by road or by funiculaire. A bit of advice: take the funiculaire. It’s much more fun! In fact, right behind the apartment building in which I was staying was located the Amphitheater of the Trois Gaules, named after the first Christian martyrs from Lyon who died there during the 2nd century A.D. 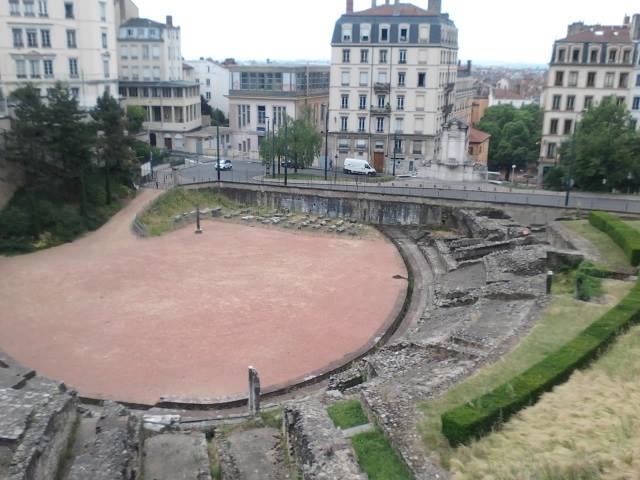 Amphitheater of the Three Gauls

My host family also happened to own an estate on Île Barbe, an island in the Saône, and often spent weekends there as an “escape” from the city. The house on the property has been in their family since the French Revolution and, on top of that, the family is in the process of restoring a chapel dating back to the 12th century. It’s no exaggeration to say that history and culture are everywhere in Lyon. It is a charming city that you’ll want to return to again, so much so that the locals are known to say: Not everyone can be from Lyon! 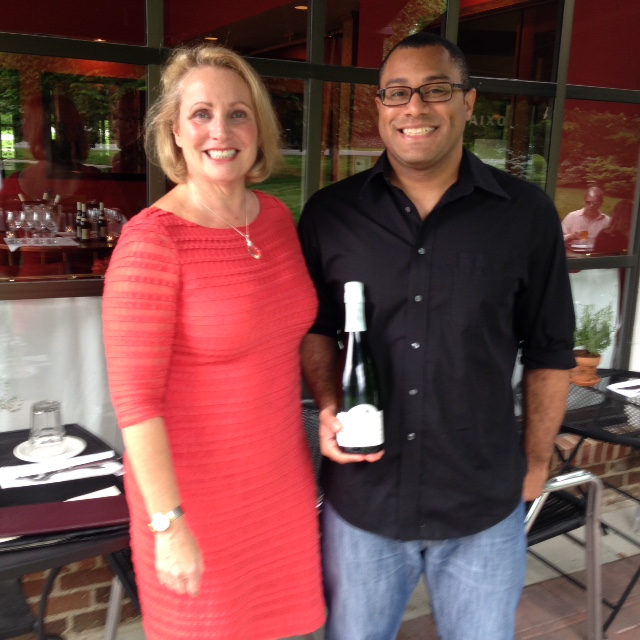 Chris at the restaurant Aixois receiving his prize, a bottle of wine, from Honorary Consul of France Cyprienne Simchowitz.