On January 23rd , three St. Louis area Veterans were awarded France’s highest distinction for their participation in the liberation of France during the Second World War. Eugene J. HARMACK, 98, Glen A. HARRISON, 98, and Alfred C. VILLAGRAN, 95, were presented the Legion of Honor by Consul General Lacroix at the Soldiers Memorial Military Museum.

Consul General Lacroix was joined by Major General Cassie A. Strom, St. Louis Bishop Robert J. Hermann, Dr. Frances Levine, President and CEO of the Missouri Historical Society and Jane Robert, Chair of the Advisory Board of the College of Arts and Sciences of Webster University and Honorary President of the U.S Delegation of the Renaissance Française association. Congresswoman Ann Wagner and St. Louis Mayor Lyda Krewson were also represented.

Among the many guests in attendance, members of the French and French-American organizations and associations also came to honor the veterans. Among them, the Alliance Française, Les Amis association, the Centre Francophone... as well as students of French from the St. Louis Language Immersion School. 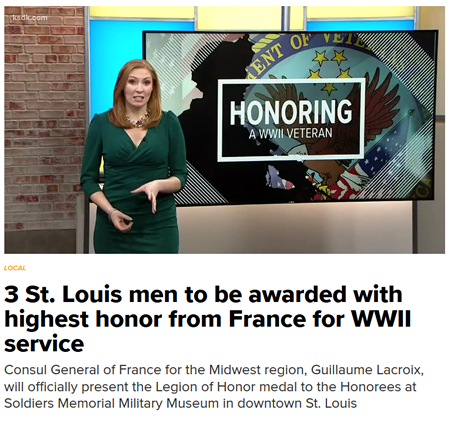 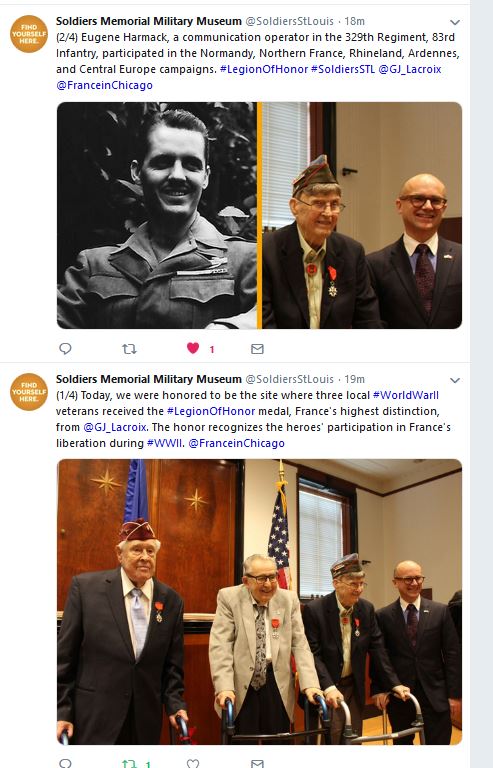 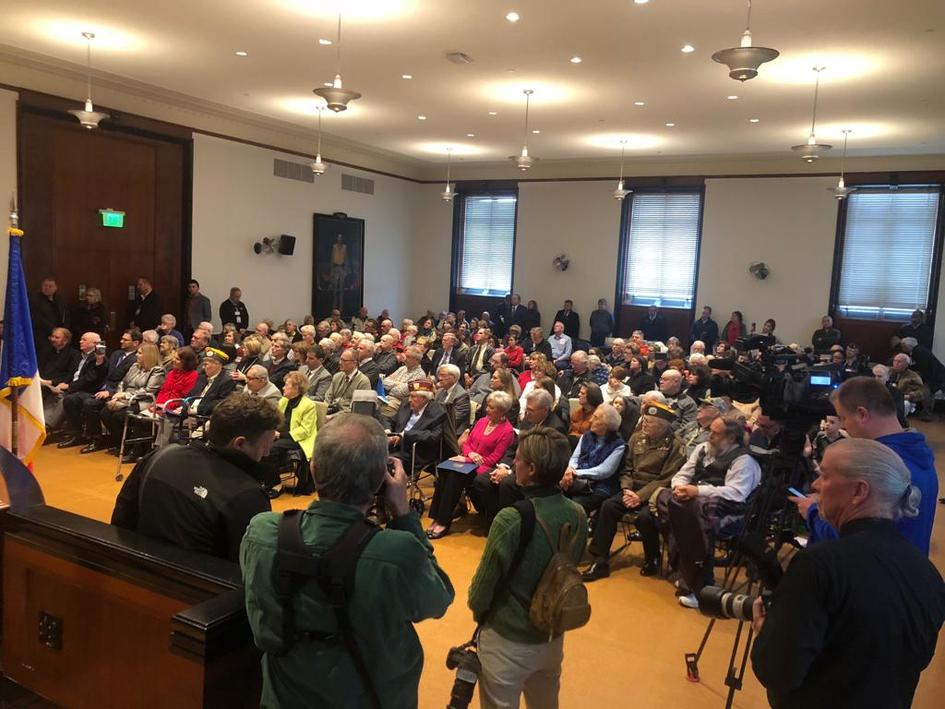 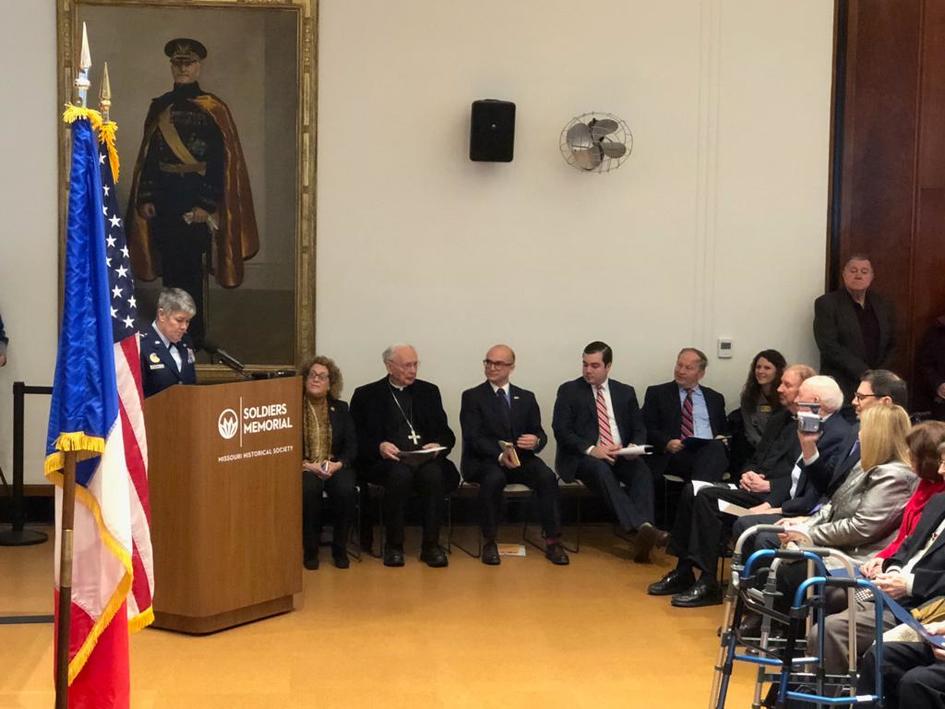 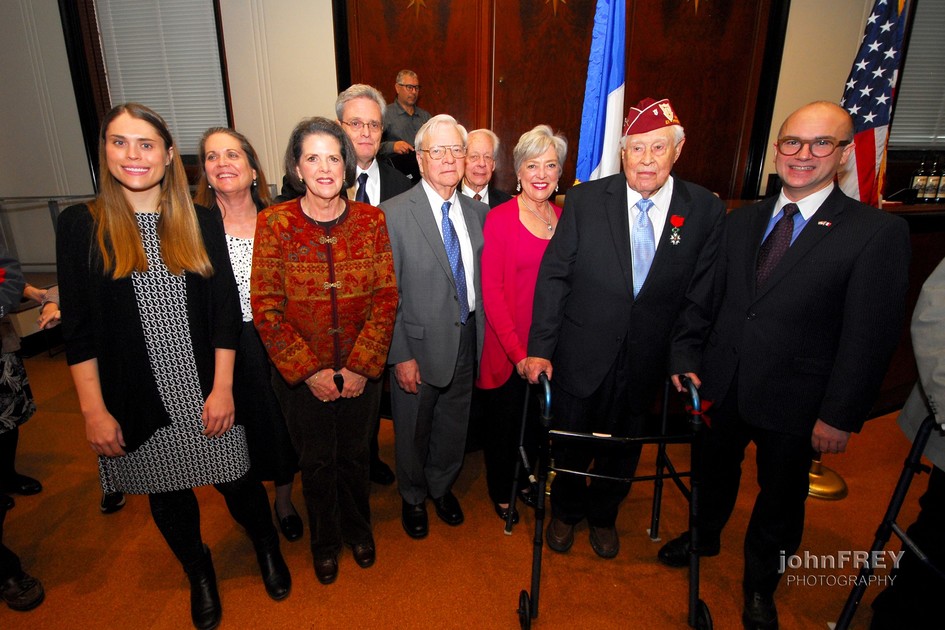 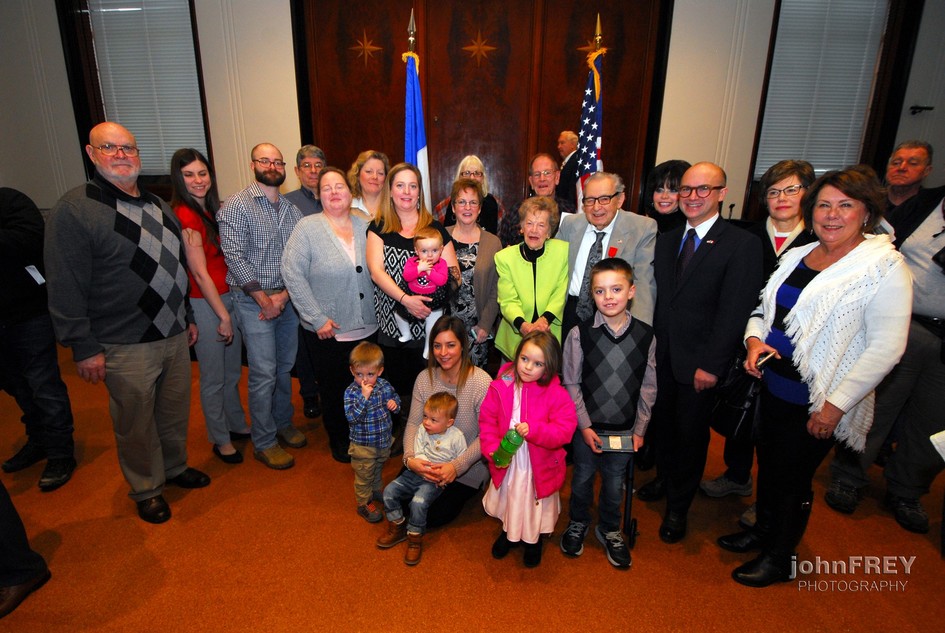