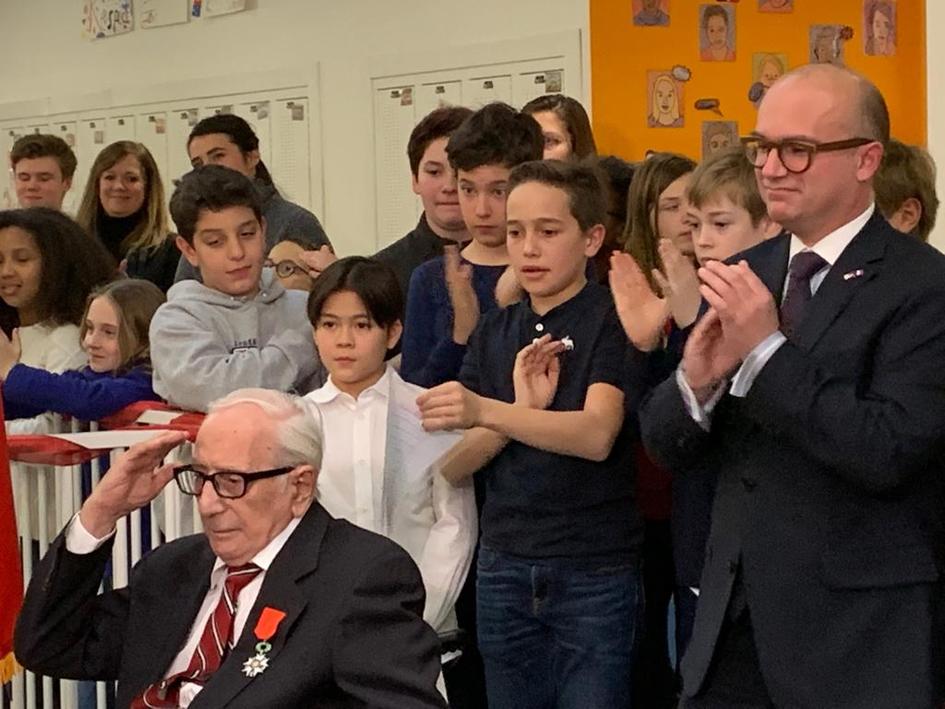 On January 25, Mr. Benjamino Marraccini was awarded the French Legion of Honor during a ceremony held at the Lycée Français de Chicago. Mr. Benjamino, a native of Chicago who was also celebrating his 97th birthday, was surrounded by family members, 6 and 7 grade students and their history professor, as well as faculty and staff of the French school and members of the French community.

State and local officials also joined the ceremony and paid tribute to Mr. Marraccini’s valor and courage during the war. Retired Brigadier General Stephen K. Curda, Director of the Illinois Department of Veterans’ Affairs (IDVA) and Virginia Narsete, Chief of Staff, as well as Marina Faz-Huppert, Chicago Director and Kirsten Heindl representing U.S Senator Tammy Duckworth were in attendance. Alderman Brian Hopkins (2nd Ward), who introduced a resolution adopted by the City Council of the City of Chicago, was also represented. Finally, to celebrate Mr. Marraccini’s Italian roots, Sandro Corso from the Consulate General of Italy also came to the school to pay homage to the veteran.

During the war, Private First Class Marraccini fought with the 462nd Anti-Aircraft Artillery Battalion, 2nd Infantry Division. He was assigned the duty of combat communications. He would set-up field telephone communications and report all types of enemy planes that flew over allowing readiness for A.A.A cannon to fire.

Mr. Marraccini was inducted into the army in November 1942. He participated in the following campaigns: D-Day Allied Invasion on June 6, 1944 and the Battle of Normandy, Northern France, Ardennes, Rhineland and Central Europe. He was honorably discharged on November 13, 1945 at Fort Sheridan in Illinois. 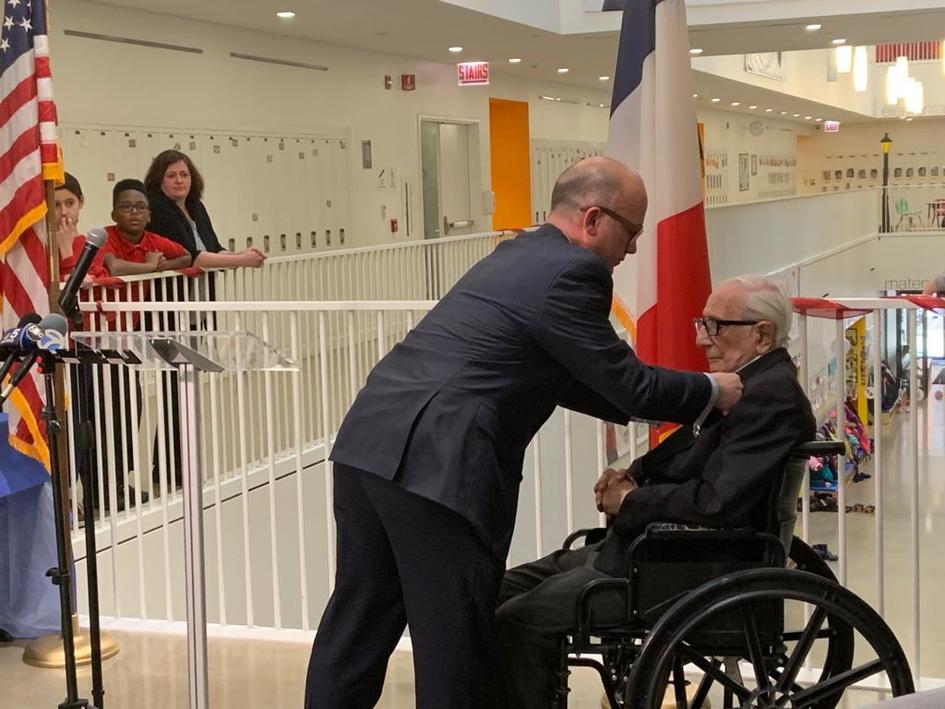 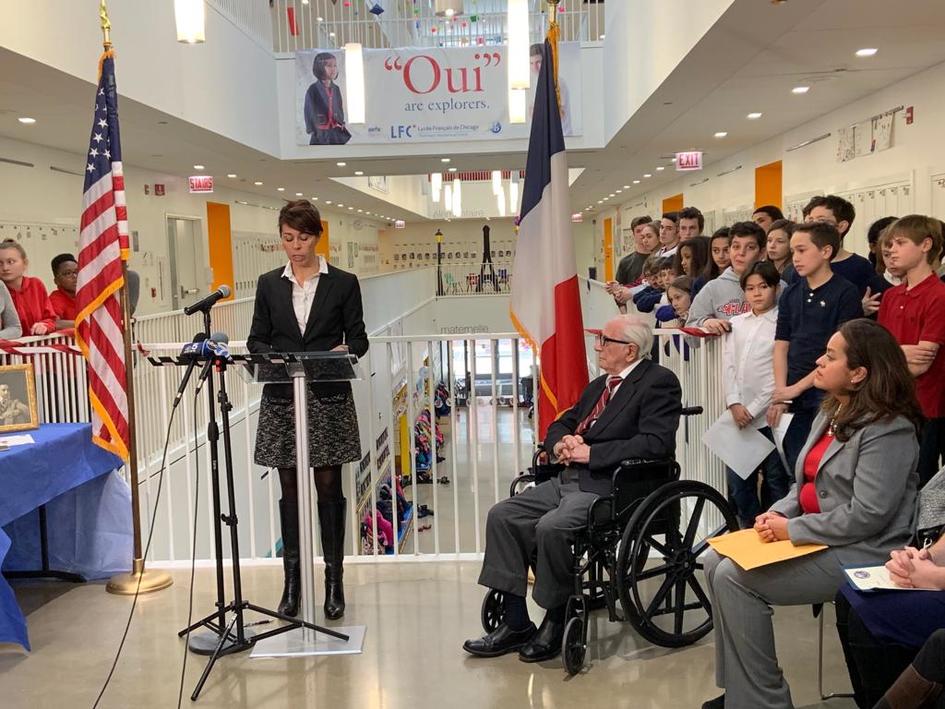 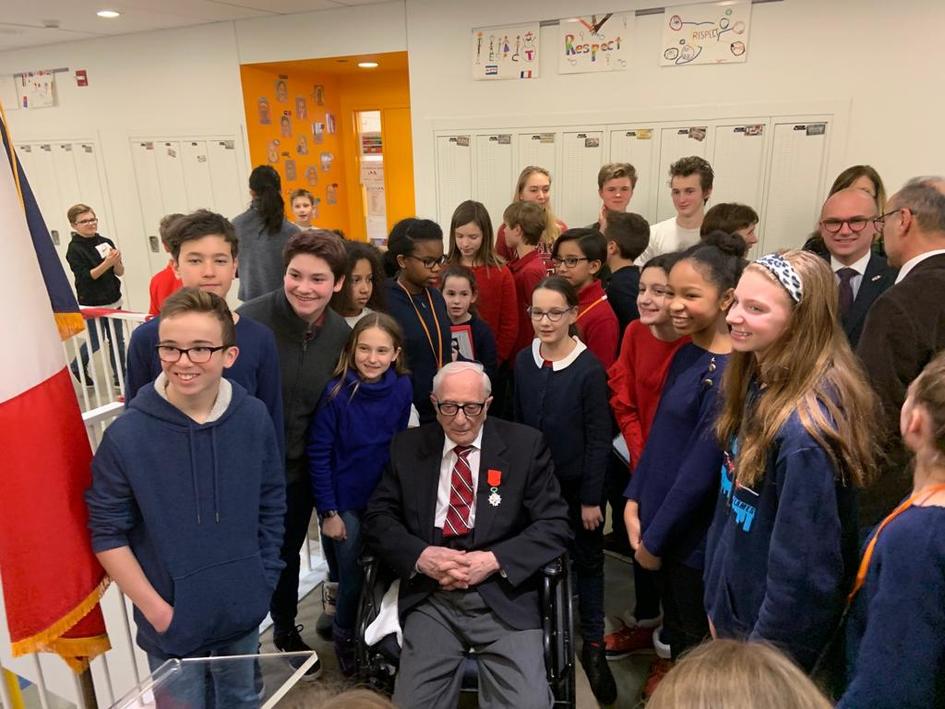 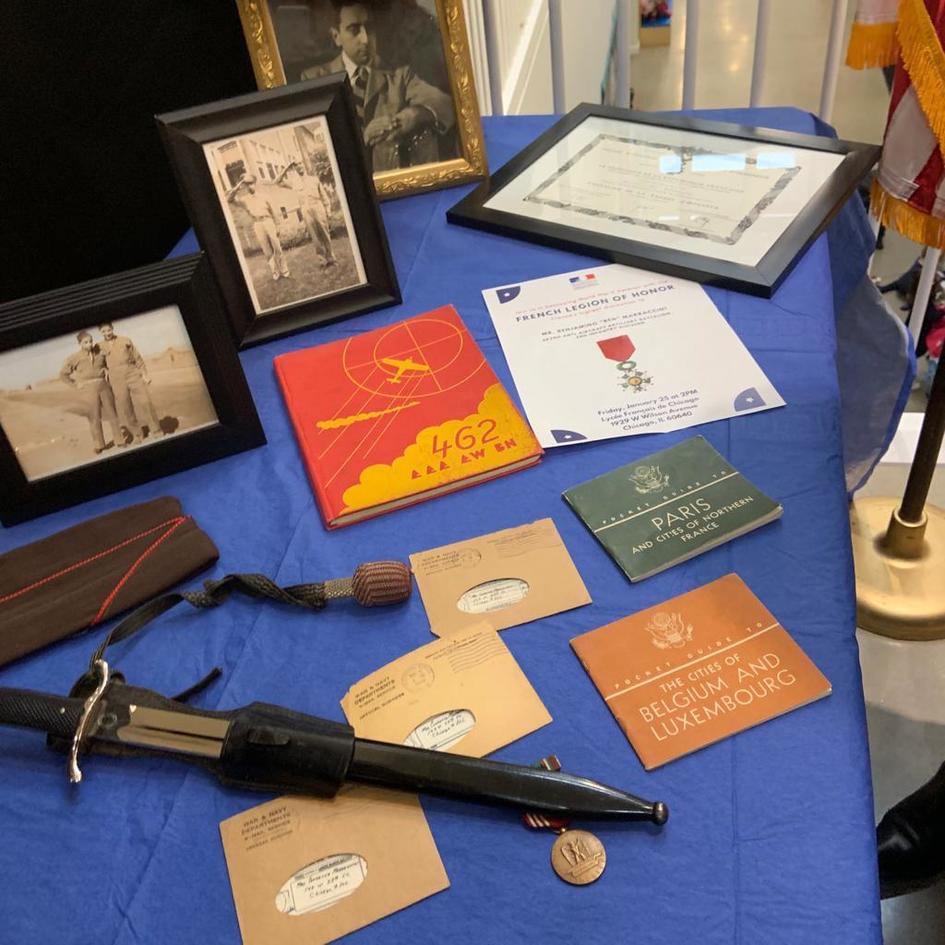 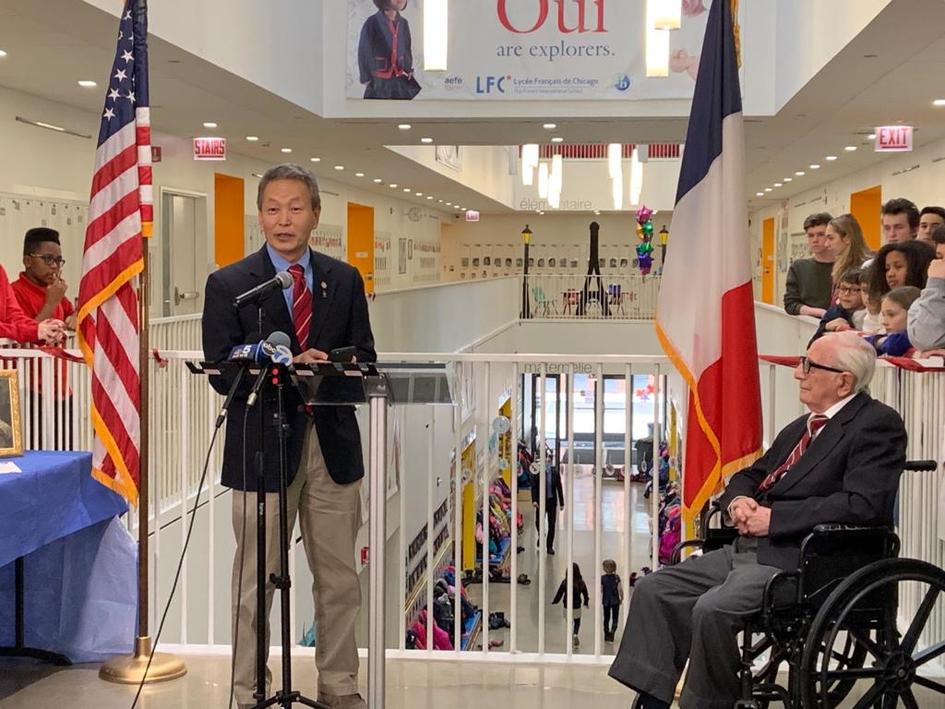 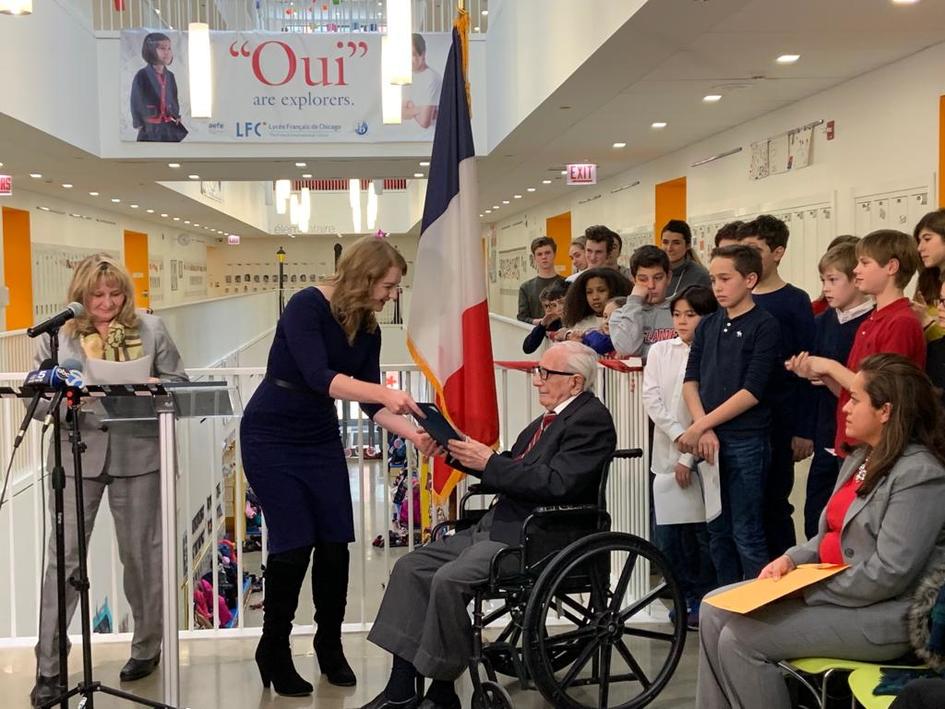 Presentation of the Resolution adopted by the City Council of the City of Chicago. 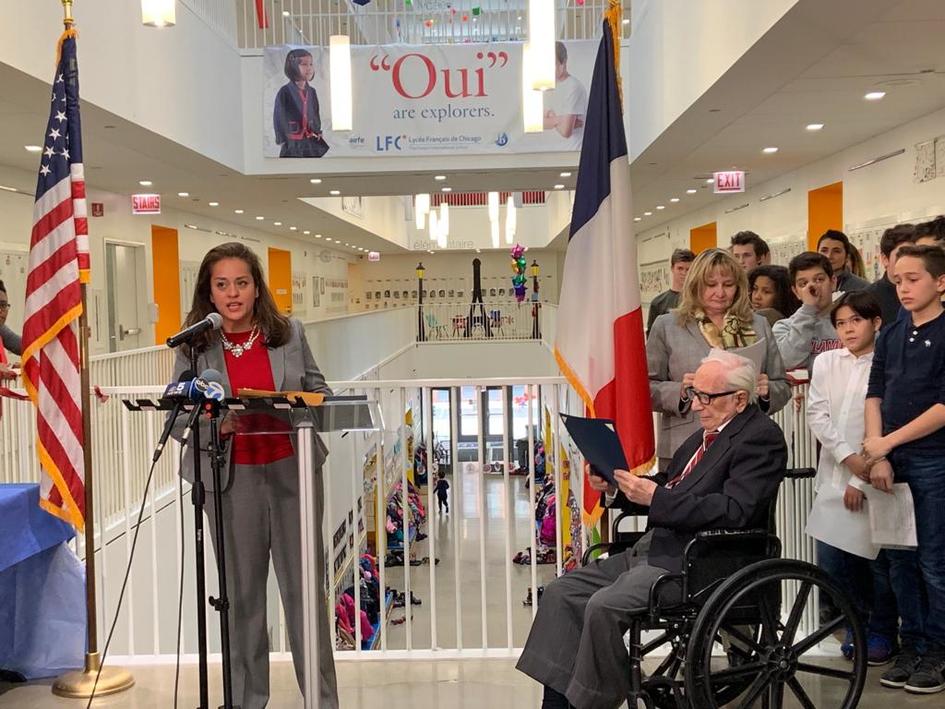 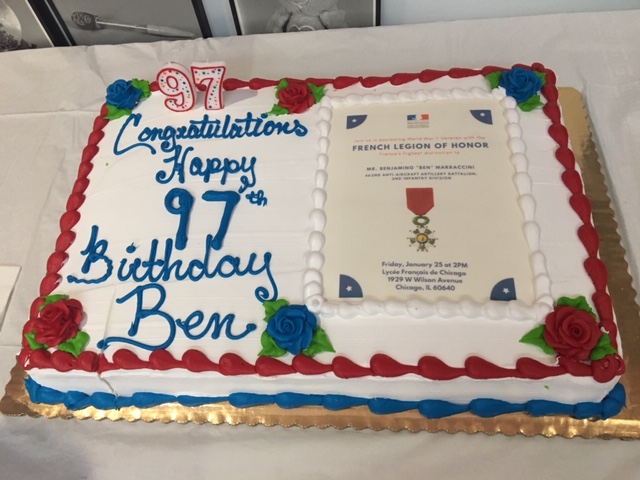