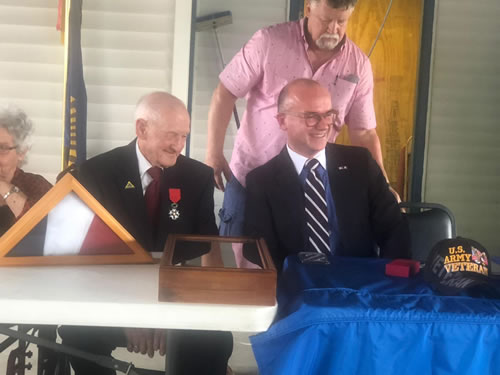 On September 28th, Consul General Lacroix presented the French Legion of Honor to Indiana native Jimmie H. Royer, 94, for his contribution to the liberation of France during the Second World War.

During the war, Mr. Royer served as a gunner gunner with the 106th Cavalry Reconnaissance Squadron. He participated in the campaigns of Normandy, Northern France and the Rhineland. He fought in Saint-Lô, Avranches, Rennes, Le Mans, in the Falaise Pocket, in Champagne-Ardennes and on the Moselle front alongside the French 2nd Armored Division. In October 1944, Mr. Royer was seriously injured during the battle of Lorraine in Forêt de Parroy near Lunéville.

In June 1945, the 106th Cavalry Group was awarded the French Croix de Guerre with Palm by General de Gaulle. 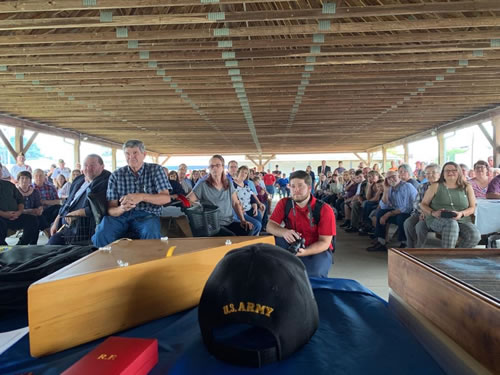 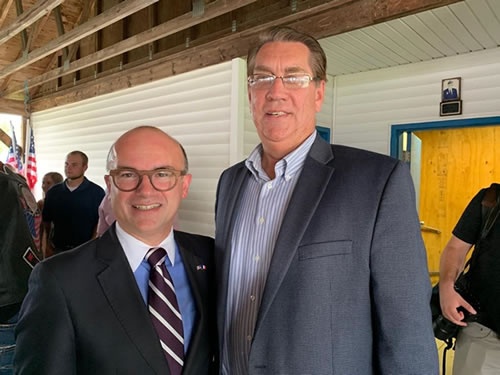 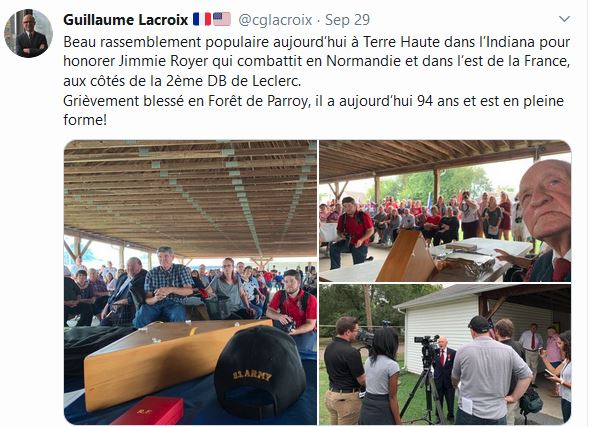 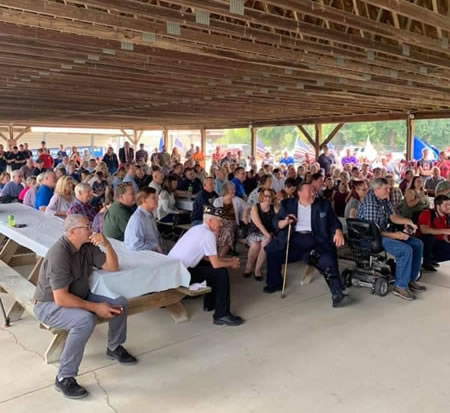 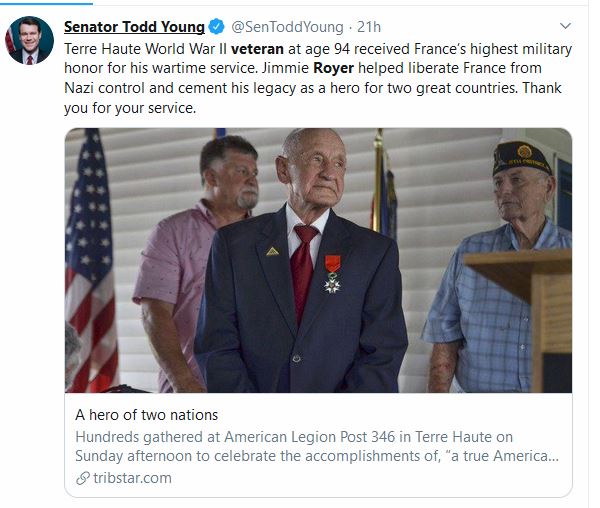 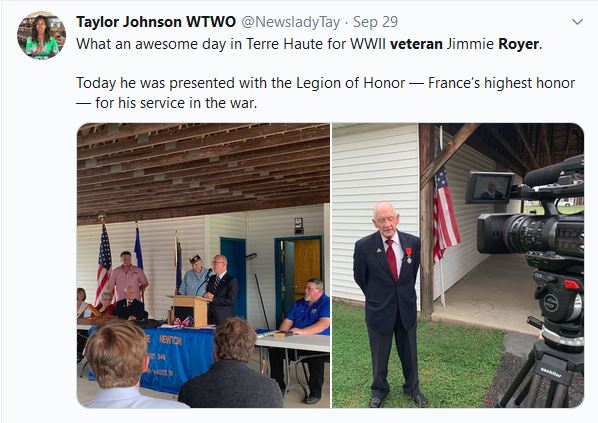 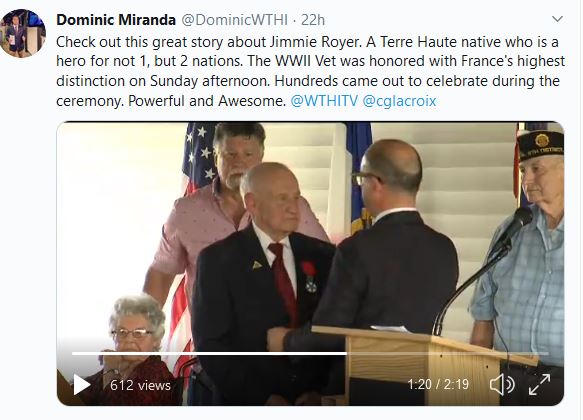 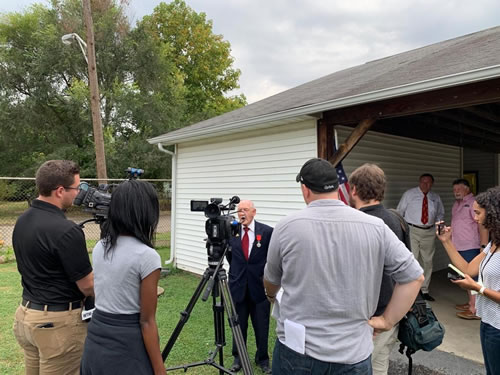 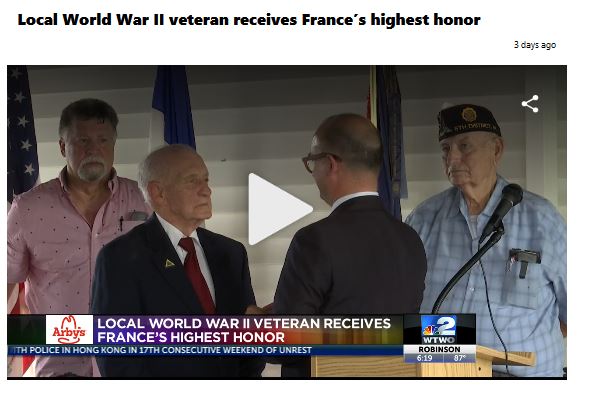 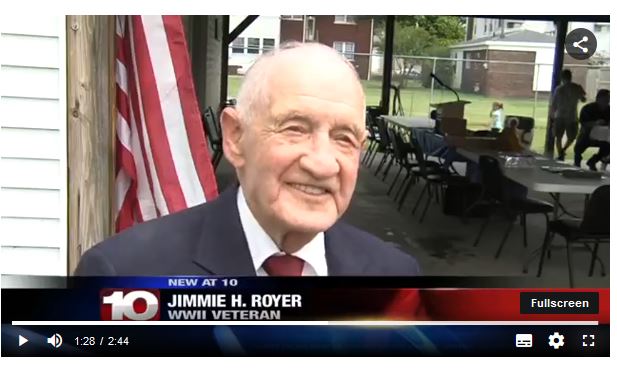 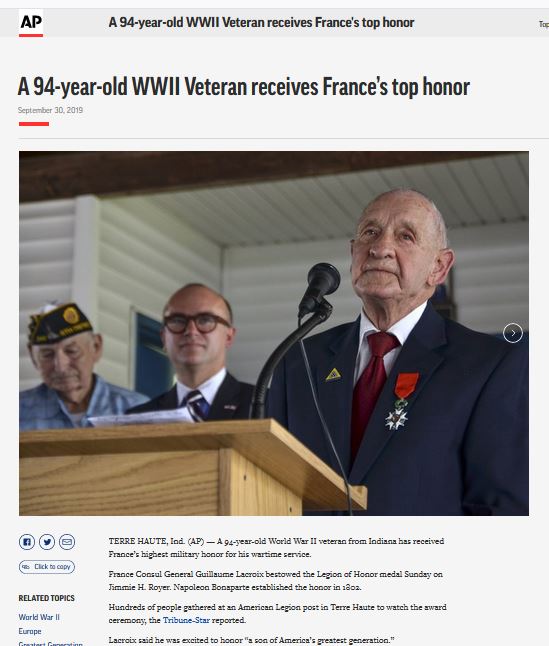 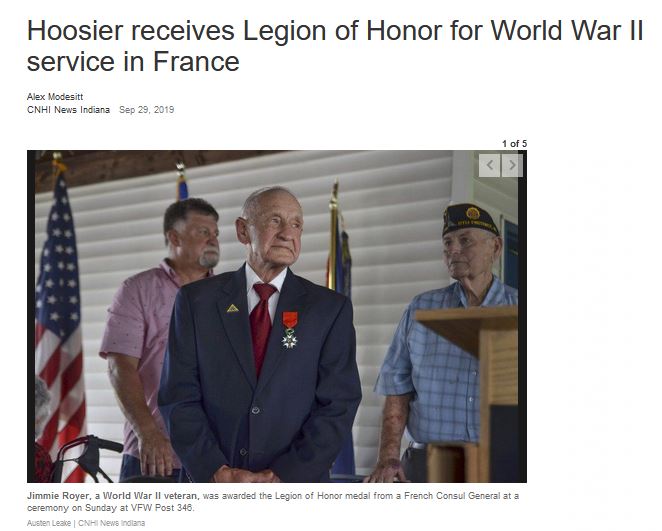