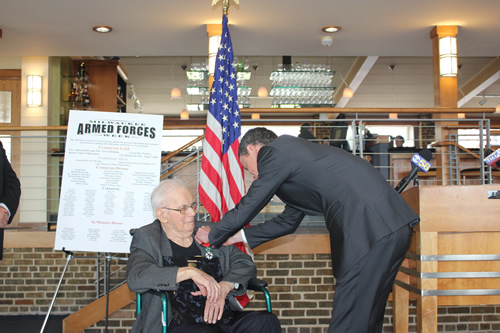 Mr. MUSAUS, 96, entered active duty in March 1943. He served as Technical Sergeant with the 101st Airborne Division as part of the division’s Glider Force Regiment. He was as signal operator, communications specialist and military liaison

He participated in major combat missions on the European front including in Normandy on June 6th where he took part in Operation Neptune, the largest seaborne invasion in history, and participated in the battles of Carentan and Cherbourg.

He also fought in Operation Market Garden in the Netherlands, in the Ardennes offensive, in the Rhineland campaign, in particular in Haguenau on the Moder River in the Alsace region, and finally in Central Europe.

During the ceremony, Mr. Musaus was also awarded the Lance Sijan Award as well as WWII Veteran Thomas Wilson.

The event took place at the Milwaukee Yacht Club during the 2016 Lance Sijan Awards and Milwaukee Armed Forces Week. 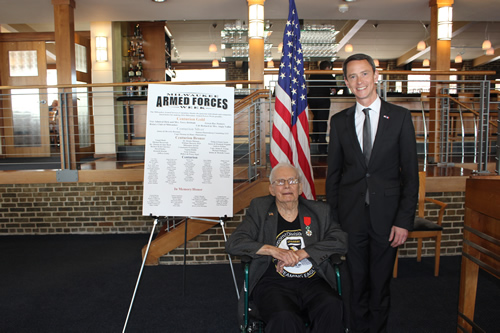 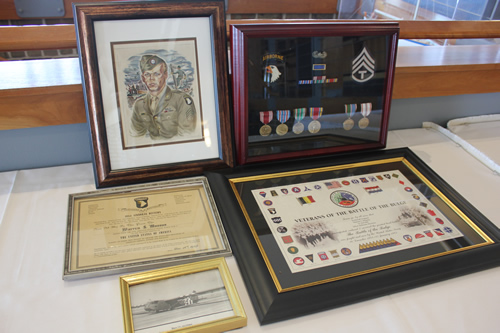