Home > WWII Veterans from Glen Carbon and Belleville awarded the French Legion of (...) 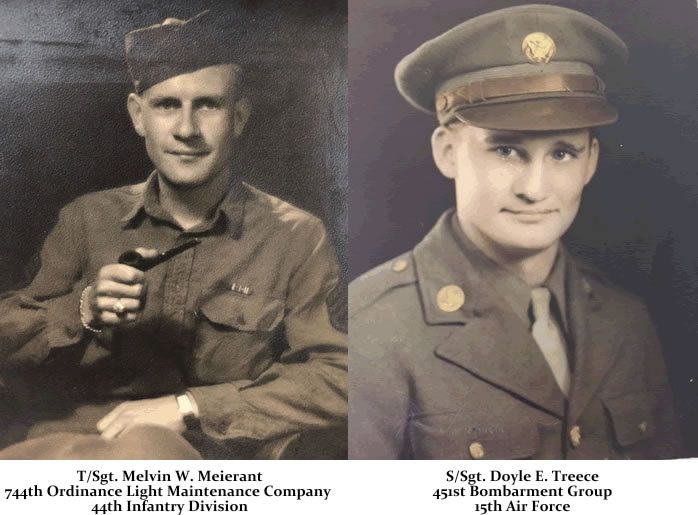 As we are honoring Mr. « Pete » Meierant, 101, in Glen Carbon IL, and Mr. Doyle E. Treece, 93, in O’Fallon IL for their service in France during WWII, all generations are united to say « thank you » or « merci ». Consul General Lacroix

Edwardsville native, Melvin W. Meierant received the prestigious French decoration during a ceremony organized at the Meridian Village in Glen Carbon. The event was attended by many friends and family members of the honoree, as well as Robin Cromer, representing U.S Senator Tammy Duckworth and the Mayors of the cities of Edwardsville, Hal Patton, and of Glen Carbon, Robert Jackstadt.

Newly appointed Director of the Illinois Department of Veterans Affairs, Linda Chappa LaVia, was present at the ceremony, as well as Virginia Narsete, Chief of Staff and Dave MacDonna, Public Information Manager who helped coordinate the ceremony.

Technical Sergeant Melvin W. Meierant was a member of the 744th Ordinance Light Maintenance Company with the 44th Infantry Division. His mission was to maintain all vehicles in order to keep supplies and ammunition moving to the front lines. Mr. Meierant took part in the Northern France, Ardennes and Rhineland campaigns. He arrived in Cherbourg, France, in September 1944 and spent several months fighting in the Lorraine, Vosges and Alsace regions, especially around Luneville, Strasbourg, Bitche and Sarreguemines.

Mr. Meierant was honorably discharged in October 1945. He was awarded the Bronze Star medal for meritorious service in a combat zone, the European African Middle Eastern Campaign ribbon, and the Good Conduct medal. 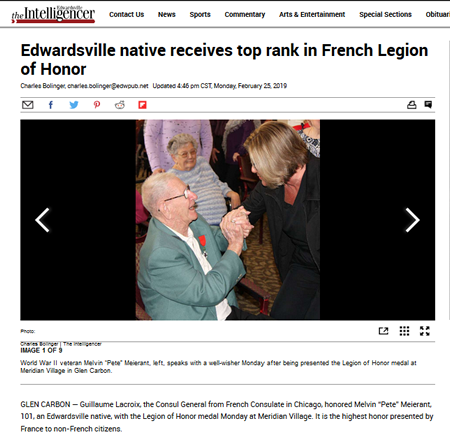 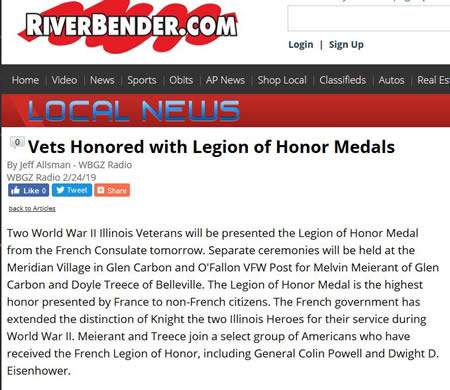 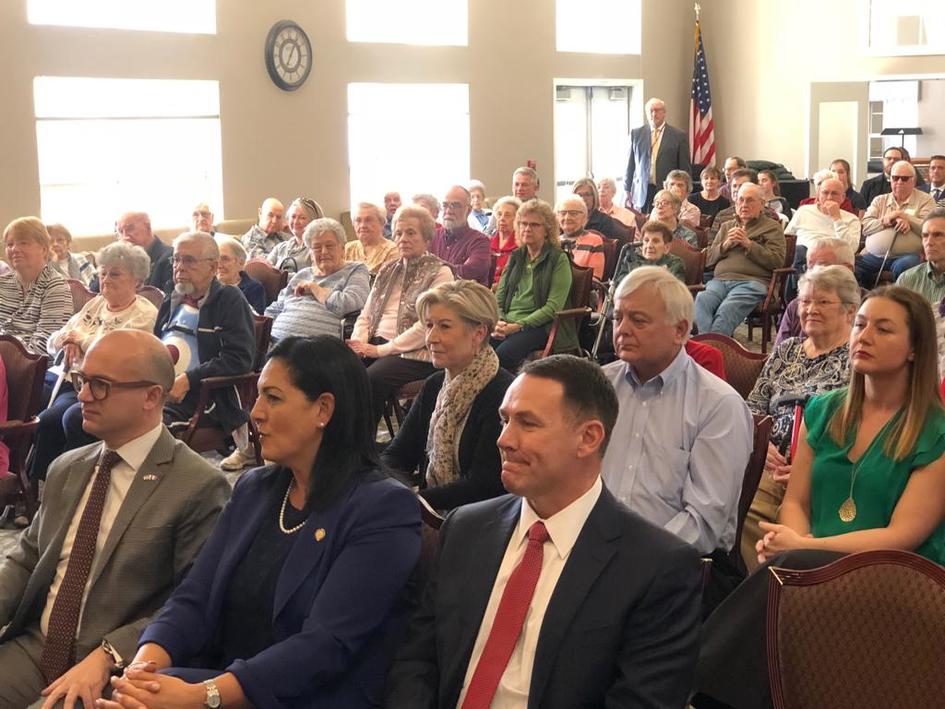 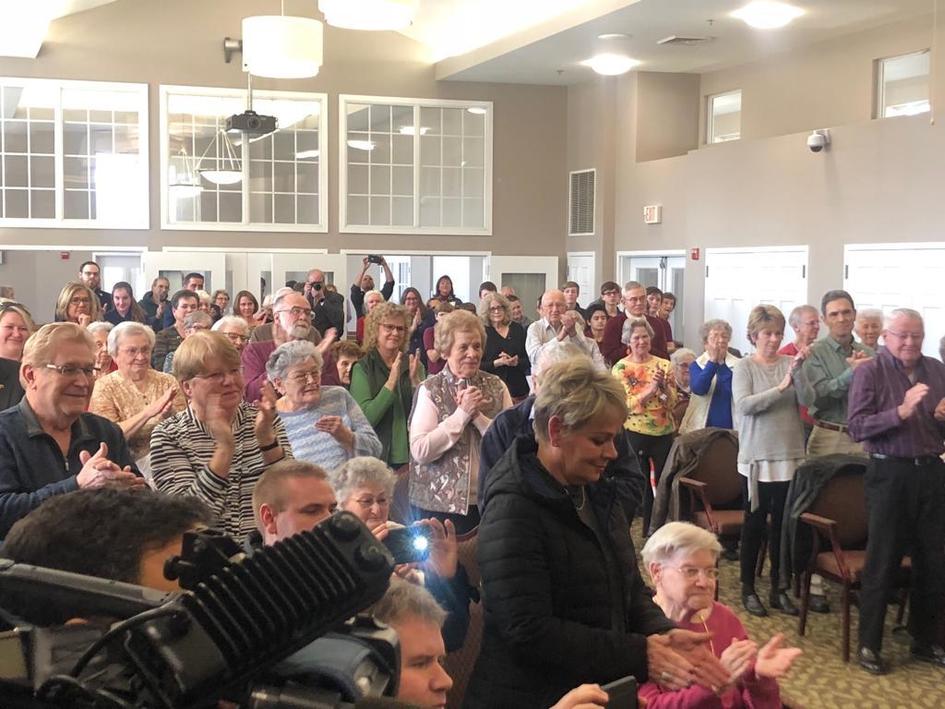 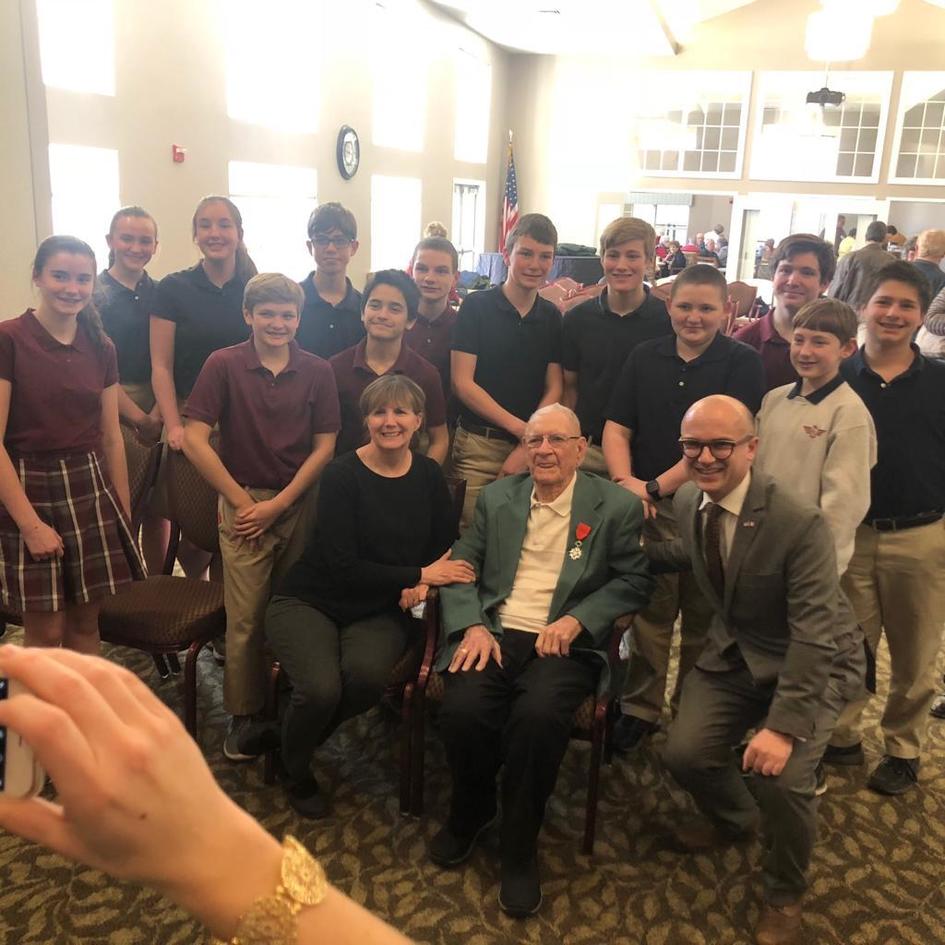 Mr. Doyle E. Treece, 93, a long time resident of O’Fallon, who now resides in Belleville, was awarded the French Legion of Honor during a ceremony hosted by the local VFW Post 805. Along with friends, family members and veterans, state and local officials were also in attendance, among them, Herb Roach Mayor of O’Fallon Mayor, Robin Cromer, representing U.S Senator Tammy Duckworth, and Steve Russel representing Congressman Mike Bost (IL-12). Newly appointed Director of the Illinois Department of Veterans Affairs, Linda Chappa LaVia, was present at the ceremony, as well as Virginia Narsete, Chief of Staff and Dave McDonna, Public Affairs Director.

During WWII, Staff Sergeant Treece was a tail-gunner on B-24 Liberator. He was a member of the 451st Bomb Group, 15th Air Force. He participated in the campaigns of Rome-Arno and Southern France. His mission was to destroy enemy facilities and to fly supplies to France such as gas, bombs, drums... During the month of September 1944 alone, he flew 14 missions of which 8 were supply missions to Lyon Brons Airfield for the Tactical Air Force. During combat, he was shot down 4 times, did 2 emergency landings and parachuted out twice. In November 1944, he was MIA while over Yugoslavia but made it safely back to his base in Italy.

Mr. Treece was honorably discharged in from the U.S army on February 12, 1946. He was awarded the Air medal with 2 Oak Leaf Clusters, the European African Middle Eastern medal with two Bronze Service Stars, the American Theatre Service Medal, the WWII Victory medal, and the Good Conduct medal. 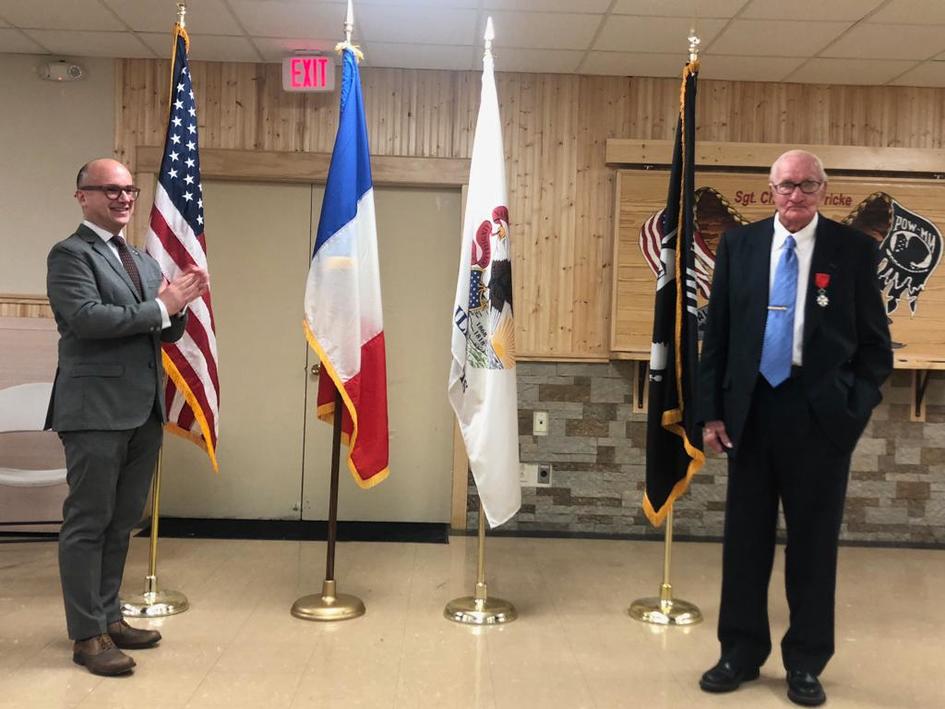 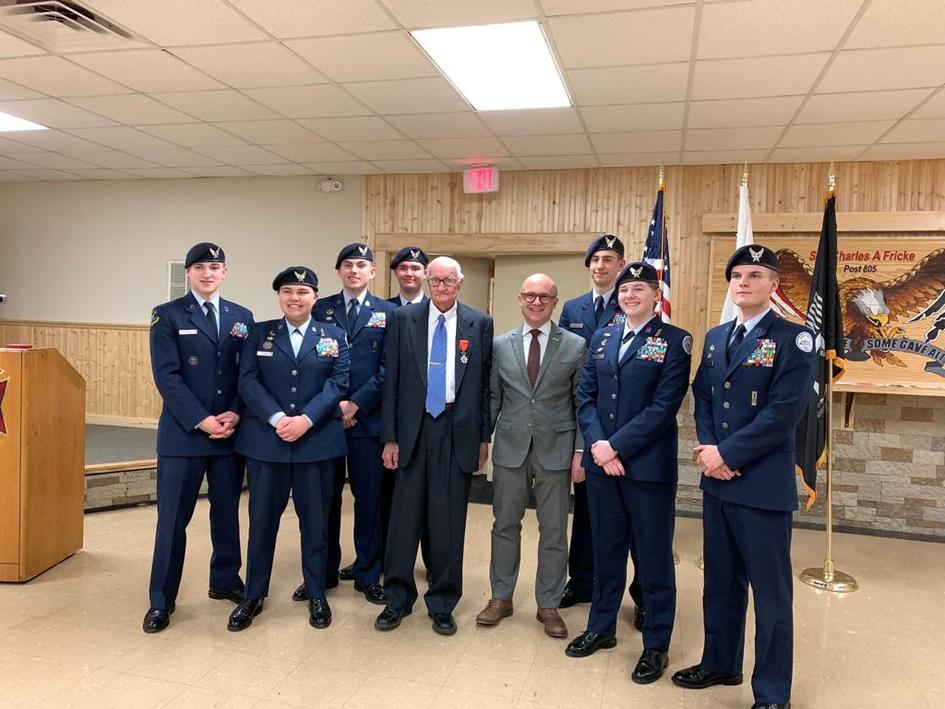 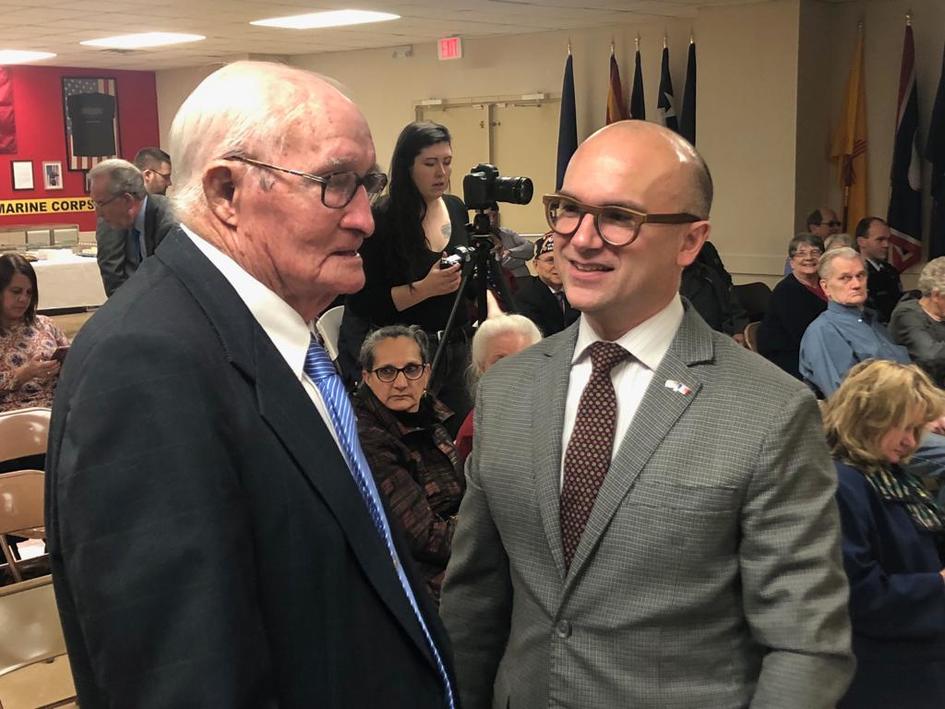 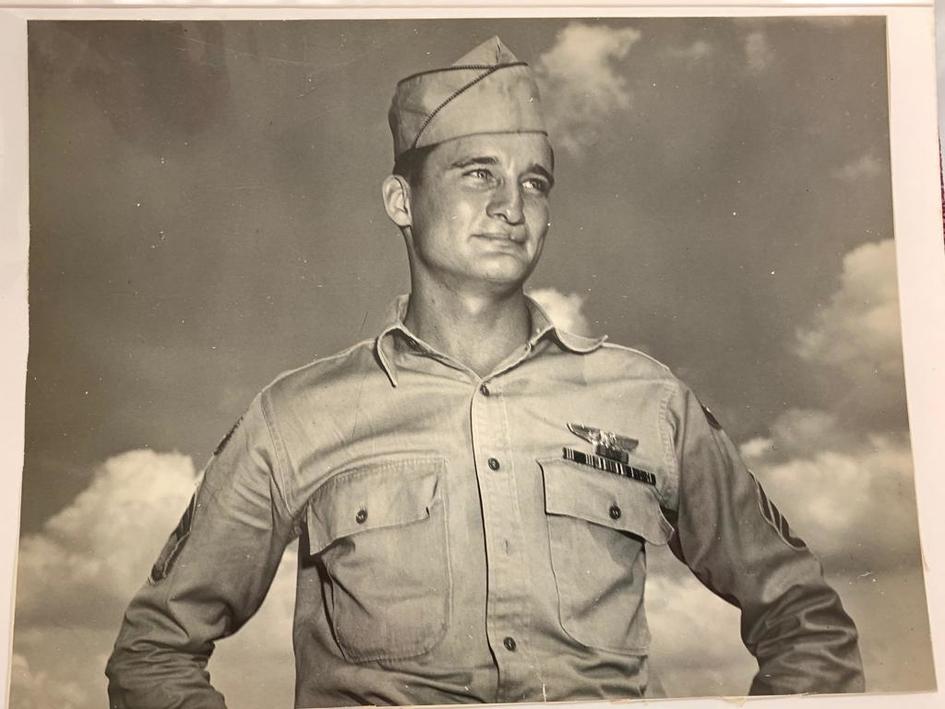 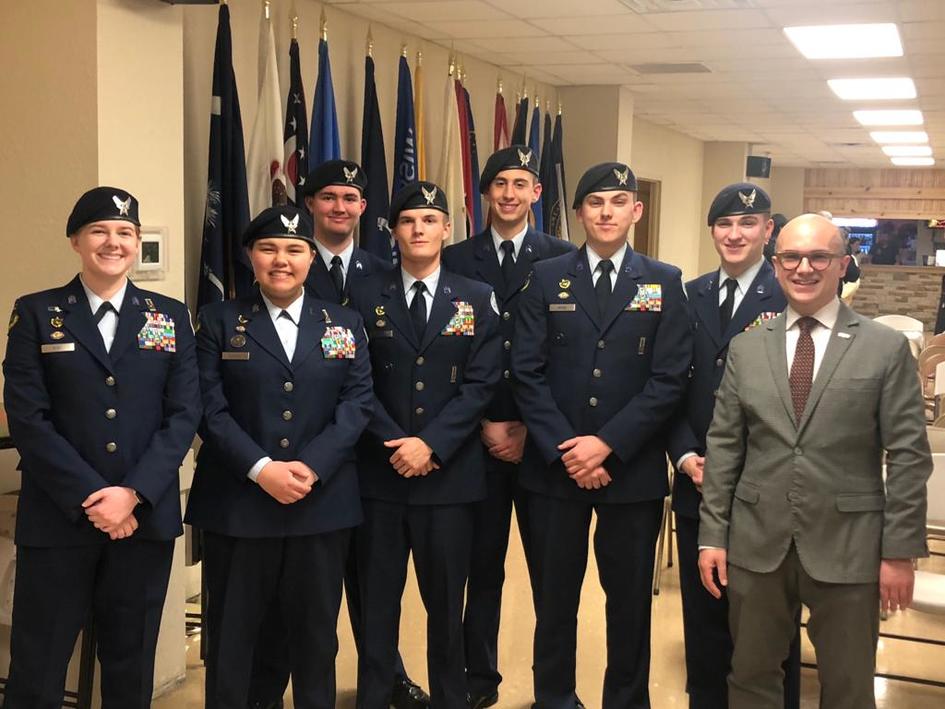 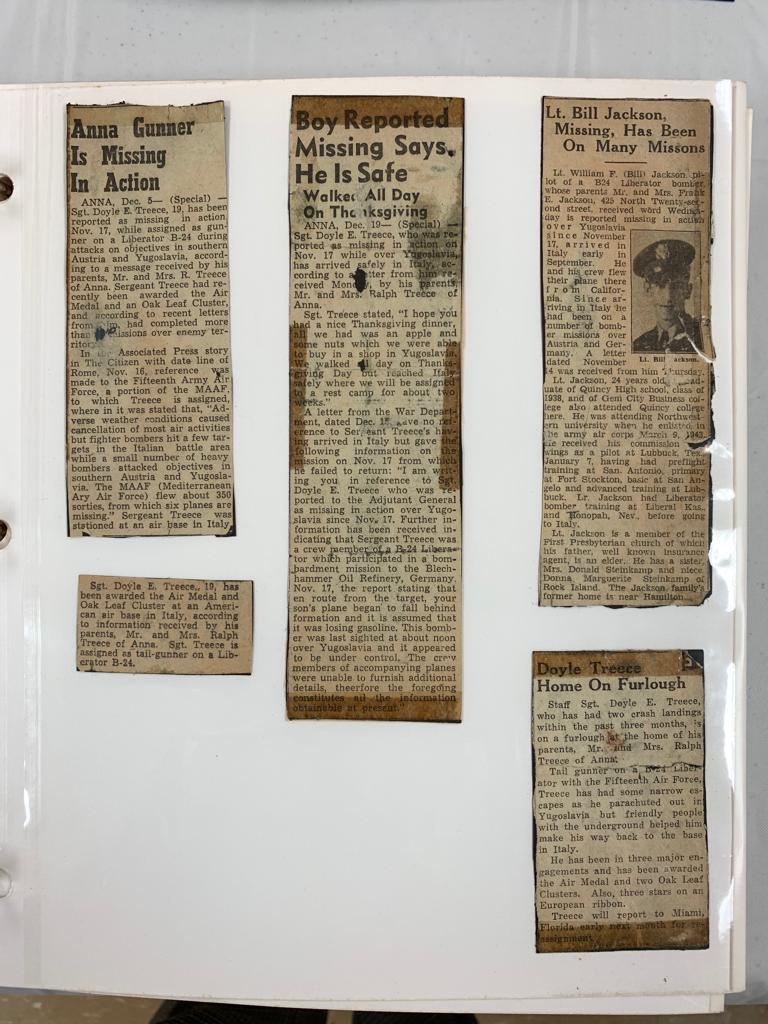 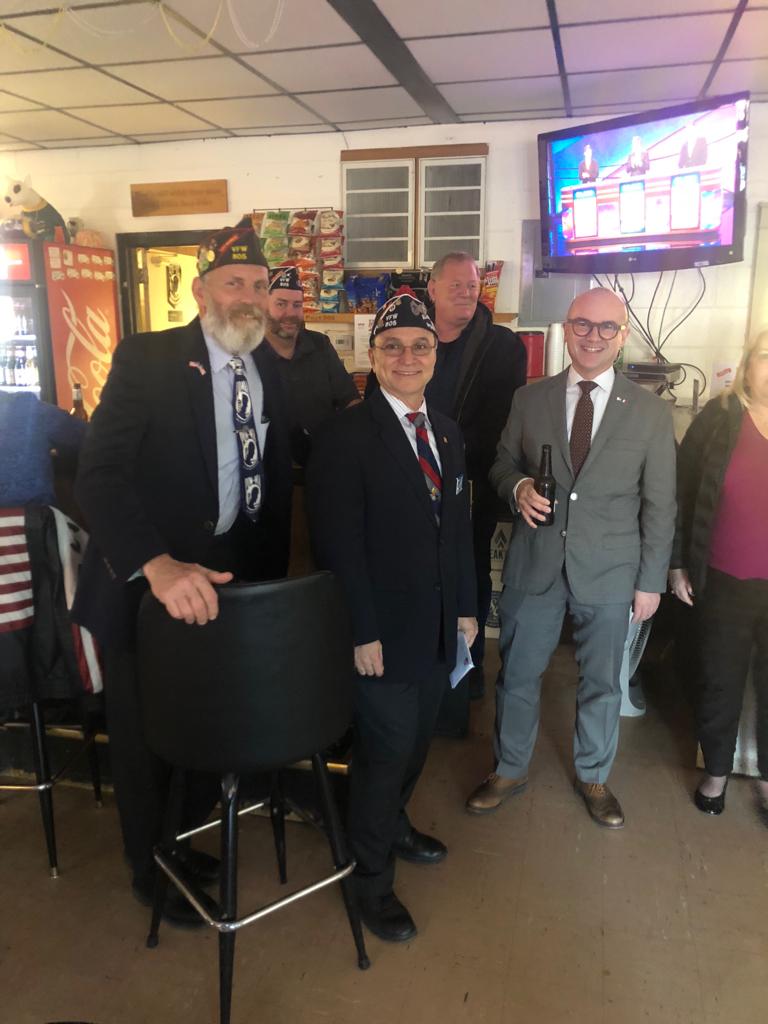