The Office for Science and Technology

The Office for Science and Technology (OST) is a multidisciplinary team of professors, researchers and scientists spread throughout the United States, with its headquarters at the Embassy of France in Washington DC and six offices in the consulates of France in Atlanta, Boston, Chicago, Houston, Los Angeles and San Francisco. These strategic locations ensure coverage of high-potential sectors in terms of research, technological innovation and dynamic science policies. Under the supervision of the Ministry of Europe and Foreign Affairs, the OST maintains close ties with the Ministry of Higher Education, Research and Innovation, as well as with all the actors in the French research ecosystem. It acts in cooperation with the other services of the Embassy (cultural service, economic service, social affairs service), and works in close collaboration with the representatives of the CNRS, INSERM, CNES, CEA and INRAE present at the Embassy of France in Washington DC with whom it forms the "Mission pour la science et la technologie".

The Office for Science and Technology in Chicago

The main missions of the Office of Science and Technology in Atlanta are to: 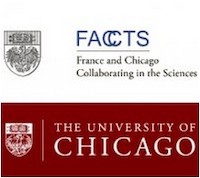 France-Chicago Center (FCC) was created in 2001 when various individuals, corporations and private foundations came together to match a one million-dollar grant from the French Ministry of Foreign Affairs.

The France and Chicago Collaborating in The Sciences (FACCTS) is designed to enhance science at the University of Chicago, Fermilab and Argonne by encouraging closer relations between researchers in physics, biology and molecular engineering and high-level research teams and institutions in France. It seeks to accomplish this goal by offering seed funding for new projects that promote meaningful academic and scientific exchange, and that show promise of leading to fruitful and sustainable collaboration. A call for proposal is launched every year around October and the deadline for submission is usually at the beginning of December.

The Office for Science and Technology in Chicago organizes every spring the French-American Science Festival, as part of the French American Innovation Midwest.

A great variety of events that showcase the best of French science, technology, innovation, including free conferences with leading French scientists and hands-on activities for students and their teachers, will take place throughout the city! 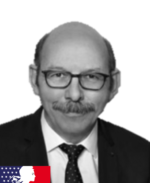 Jean-Paul Lallès Attaché for Science and Technology
Embassy of France in the United States Consulate General of France in Chicago attache-agro@ambascience-usa.org

Dr. Jean-Paul Lallès, PhD is director of research at INRAE Institute and member of the Academy of Agriculture. Biochemist, Agriculture engineer and immunologist, he has made a scientific carrier in nutrition and digestive (patho)physiology. He coordinated or participated in three EU projects (1999- 2013) and coordinated a cooperation programme with Colombia (2003-2006). He made three long stays (UK, USA) and more than one hundred missions abroad.

Scientific moderator in human nutrition and microbial ecosystems, he has been scientific advisor for INRAE Divisions and Institute for more than 25 years. He acted as deputy-director and director of the Human Nutrition Research Center – West from 2014 to 2019. He worked as scientific expert at the ANR and advisor for evaluation of research (Hceres) from 2015 to 2020. He has been first editor and then deputy editor for the British Journal of Nutrition (2010-2021). In charge of USA and Canada for International Affairs of INRAE between 2018 and 2020, he moved to the General Consulate of France in Chicago in February 2021 as Attaché for Science and Technology. Since then, Jean-Paul has sought to build strong partnerships in science, research and technology between the two countries

Benjamin Doreilh Deputy Attaché for Science and Technology
Embassy of France in the United States Consulate General of France in Chicago deputy-agro@ambascience-usa.org

Benjamin Doreilh holds a MSc in Agriculture, Food Science and Life Sciences, a Diplôme d’Ingénieur from the École d’Ingénieurs de Purpan in Toulouse, France. His academic coursework led to his specialization in Agriculture and Wine Industry as well as numerous experiences in France and in the U.S., including in California and at the University of Illinois at Urbana-Champaign.

Benjamin joined the Consulate General of France in Chicago in March 2020 as Deputy Attaché for Science and Technology. He aims to showcase the rich and diverse ecosystem of the Midwest region and participate in the development of scientific relationship between France and the United States.